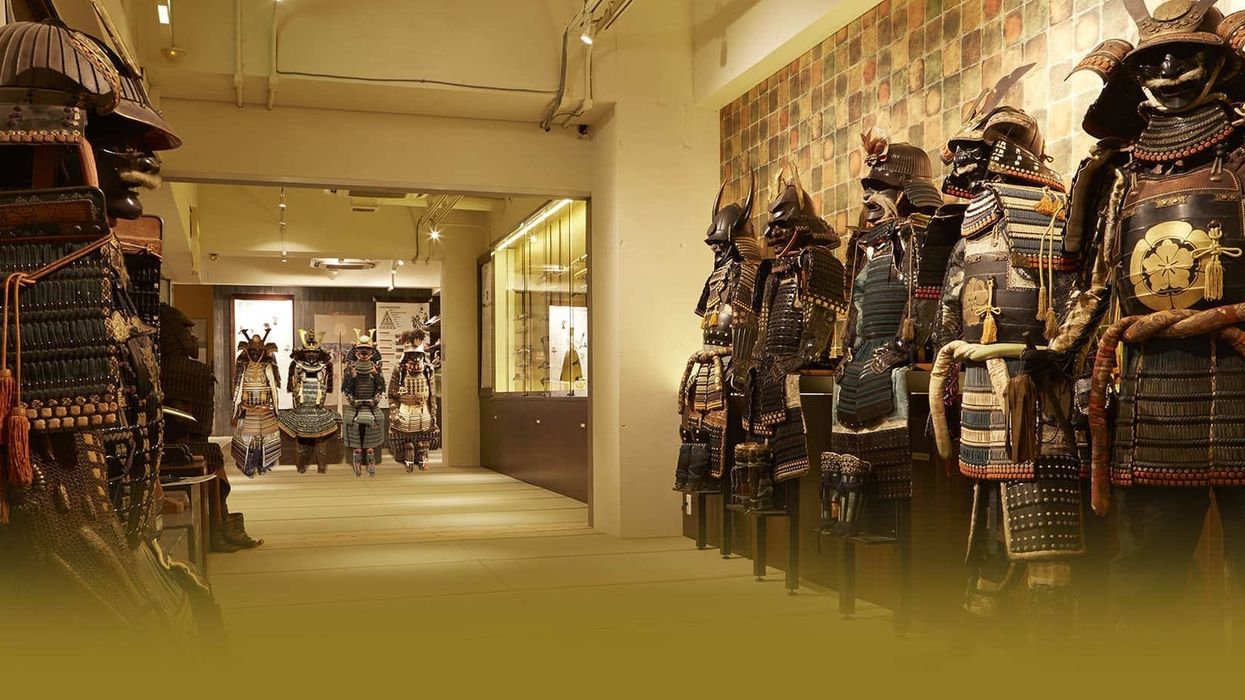 In Part 3 of our "Samurai Facts vs. Samurai Myths and Legends" series, Samurai Swordsmanship authors Masayuki Shimabukuro and Carl E. Long answer the age-old question: Who would win during a samurai staring contest?

On the battlefield, two samurai would often face each other for hours before the first attack was executed.

Fact: Hours? Perhaps a few minutes felt like hours when lives were hanging in the balance. However, it’s doubtful that warriors spent hours posturing and assessing each other’s abilities—at least not in a dueling situation. Armies may have spent hours facing each other in preparation, but duels were generally fought quickly.

Samurai would occasionally test the quality of their blades by cutting down peasants who happened to be walking by.

Fact: Throughout history, civilized societies have been plagued with individuals who engaged in aberrant behavior. It certainly has happened, but it wasn’t done by the majority of samurai. The samurai’s position was to protect the people and see to their welfare.

A cut executed with poor technique will bend a sword’s blade.

Fact: Absolutely. If the hasuji is off by even a slight angle, a sword can bend. If the left hand is improperly aligned during a nukitsuke (drawing cut), it can cause the blade to twist, as well. All techniques must be learned under the guidance of a qualified instructor who corrects the swordsman’s technique.

Fact: Every sword is different. A well-made carbon-steel blade is certainly less likely to break because of poor technique or target resistance than a stainless-steel sword is. But every sword has the potential to bend or break if the technique isn’t exact.

Owning a katana is illegal for the ordinary Japanese citizen.

Fact: Ordinary citizens in Japan have the right to own Japanese-made blades that are registered with the Nihon Token Kai (Japanese Sword Association). These swords must exhibit historical or cultural significance. A certificate of authenticity and ownership permit are necessary. In Japan, sword smiths are allowed to produce only two swords a month as cultural artifacts. Each sword smith’s work is evaluated and rated by the token kai, and the prices are then adjusted. Unlicensed swords or those made by unlicensed smiths are confiscated, and the owner may be charged with possession of an illegal weapon.

Jujitsu techniques were designed to battle the samurai’s sword.

The karate concept of “one strike, one kill” originally came from the Japanese sword arts.

Fact: The aim of any martial arts technique is to achieve maximum effectiveness. This wasn’t a foreign concept to the Okinawan people, who had their own weapon arts. This misconception came from the adaptation of kendo rules to karate competition during the introduction of karate to Japan.

The Ministry of Education insisted that karate authorities develop a set of competition rules before the art could be recognized as an official “Japanese budo” or form of physical education on the mainland. The karate authorities adopted the ippon shobu rules that had been established for kendo. They were based on the presumption that to be considered a full point, a strike had to be technically sufficient to kill an opponent.

The hakama (baggy trousers) is designed to hide the footwork of the swordsman.

Fact: This is a fallacy. The hakama comes in many forms: field hakama, riding hakama, undivided hakama, hakama with leggings and so on. Each style was worn by the samurai on different occasions. Some formal hakama were designed to prevent any fast movement of the feet at all. Most samurai would tie up the bottom of their hakama so as not to restrict their leg movements during battle. This misconception probably comes from modern budo teachers who allow only the senior members of their dojo to wear a hakama, thus supposedly “hiding” their advanced footwork.