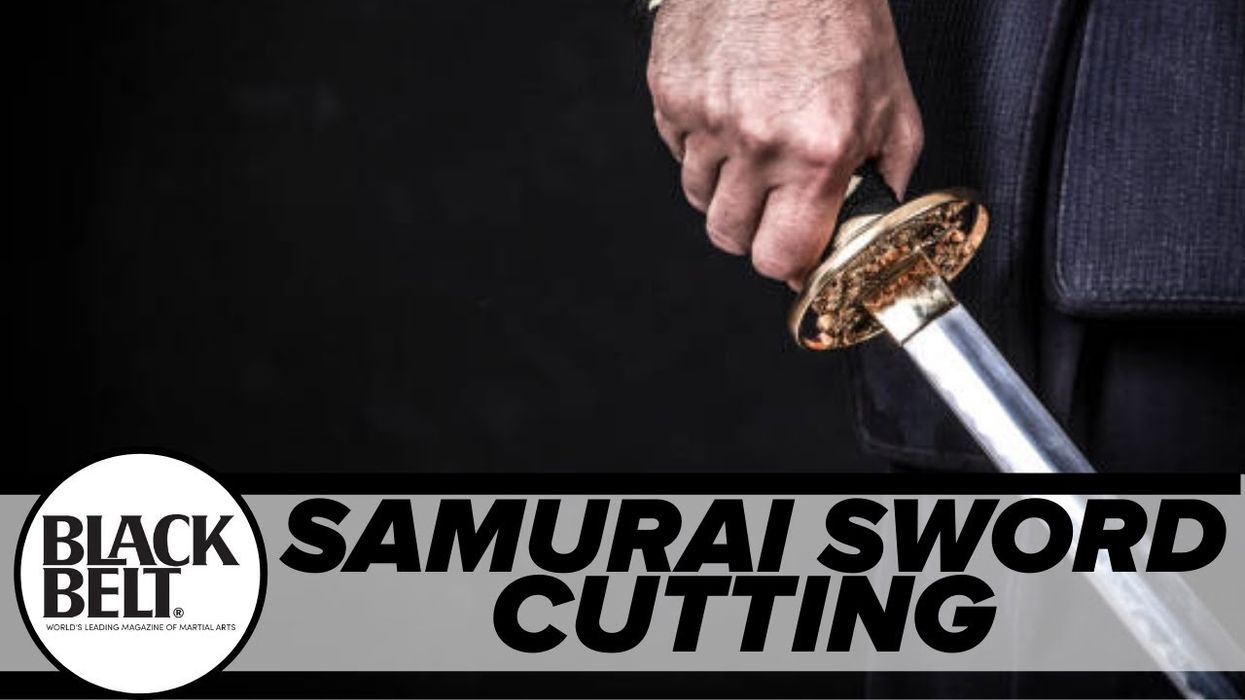 From the medieval epics of Akira Kurosawa to the space operas of George Lucas, the samurai have long inspired us with stories of their legendary swords and superhuman skills. Nowadays, when we think of samurai, we imagine invincible warriors like Miyamoto Musashi nimbly wielding super-sharp swords, slicing through ninja and catching blades with their bare hands.

But how much of that is actually true? To test these myths, we asked Samurai Swordsmanship authors Masayuki Shimabukuro and Carl E. Long to answer the most common questions we receive about Japanese swords. Enjoy part one of our series on samurai myths.

A good samurai sword will slice through a silk scarf that’s dropped on the blade.

Fact: The katana and other Japanese swords are designed to slice objects as the blade is pulled across the target. If an object is simply dropped on the blade, it’s very unlikely that any slicing action will occur.

This is why so many exhibitions that involve walking on swords are possible. As long as there’s no sliding action, the blade rarely cuts. If a scarf is allowed to slide across the edge, the material could be cut. This myth has been carried over from a story about a Damascus blade owned by Saladin.

A katana can chop a regular sword in half.

Fact: Any steel sword can break if it’s struck at the wrong angle. Chopping one in half, however, is highly unlikely.

In battle, Japanese swordsmen would use the edge of the blade to block their enemy’s attacks.

Fact: The edge of the blade was often used to block an opponent’s attack. However, most swordsmen would fend off an attack by launching a pre-emptive strike or receiving the attack on the side of the blade. This was preferable to blocking with the ha (cutting edge).

It’s possible to stop a downward sword strike by trapping the blade between your palms.

Fact: This is highly implausible and definitely not recommended.

Thinking that it’s better to lose an arm than lose his life, a samurai was taught to block a downward slash with his forearm held overhead at a 45-degree angle.

Fact: A katana or tachi is quite capable of slicing through an arm in a single stroke. At that time in history, losing an arm usually meant death.

Fact: This is more myth and legend than fact.

A samurai wasn’t allowed to place his sword back into its scabbard without first drawing blood.

The steel in some swords is composed of thousands of folded layers.

Fact: Each time the sword smith folds the steel, the layers are multiplied. It’s not uncommon to have as many as 32,000 layers.

The bo hi (often translated as “blood groove”) is designed to channel blood out of the opponent’s body.

Fact: This is a common misconception. The bo hi is designed to lighten the blade while maintaining a large degree of structural integrity. It was sometimes used to hide flaws in a defective blade.

Thousands of samurai swords were thrown into the ocean when Japan surrendered to the United States at the end of World War II.

Fact: Many blades were destroyed by Allied forces at the end of the war. Some of them may have been cast into the sea from aboard ships, as were many other weapons.