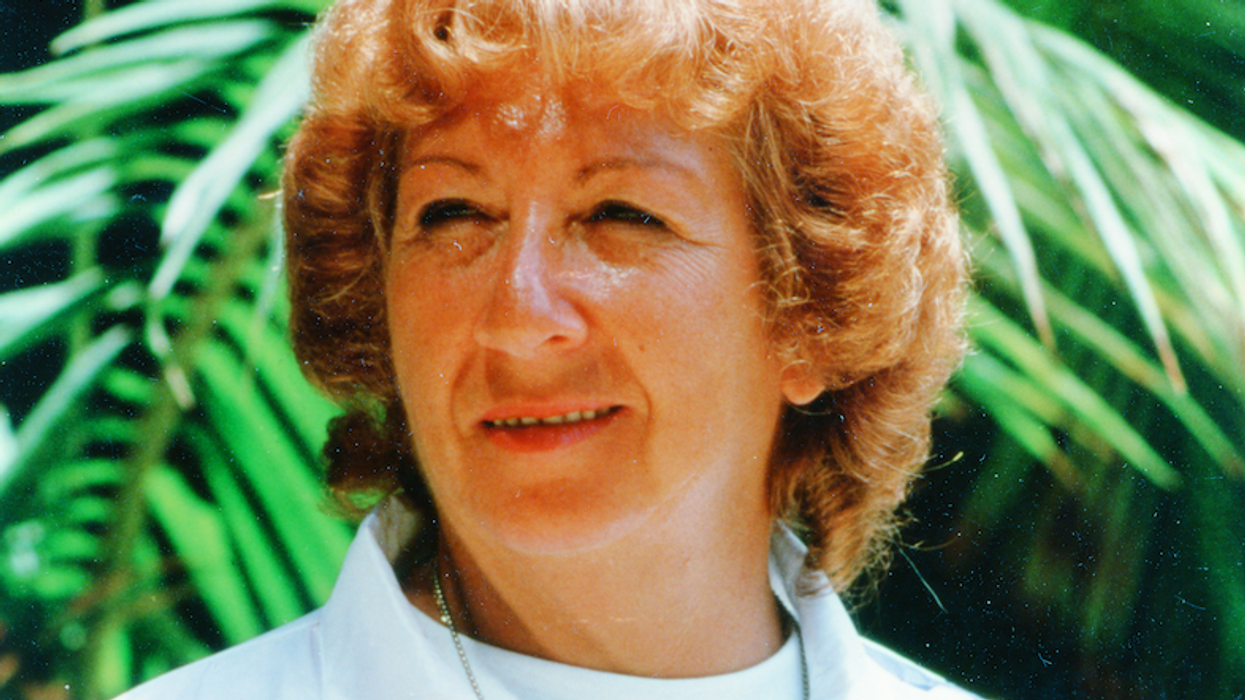 Although Rusty Kanokogi has an incredible list of accomplishments, not the least of which being the icon of Women's Judo, one of the most important parts of her legacy are the many students she taught over the years. More than anything, Rusty was a teacher and a coach. Whether in her family's dojo or after school classes all over New York City, Rusty taught her students about Judo and life.

While Rusty was, obviously, a highly skilled Judoka, her teaching goals were beyond just being a fierce competitor with great technique. As Jean explains, "What mattered is making good people and bringing out the best in her students and giving them a fighting chance against all odds." Her goal of making a person bring out their best, also included confronting fear. Then as now, children have had to deal with bullies. Rusty was not one to suffer bullies, and she had a unique way of dealing with them, "She definitely taught a lot of kids to stand up to bullies." Jean relayed one of her mother's unique tactics, "Tell the bully to come to Judo practice, we'll fix 'em."

Rusty taught simply and directly about how to get the most out of life, as Jean explains her mother's wisdom, "The greatest words that she always used with me were: why not? Hey Mom, I got a B plus in school!" to which Rusty would reply, "Well, why not an A?" Simple and powerful teachings that she applied to such great effect that Women's Judo is now an accepted norm, and many may not be aware of the struggle that brought it to the world.

Toward the end of her life, Rusty could look back at many incredible achievements, and was being recognized for her life's work of championing equality in Judo. In 2008 she received The Order of the Rising Sun, Gold Rays with Rosette from the Emperor of Japan. However, accolades and awards would not eliminate that first injustice she experienced at the YMCA all those years prior. In August of 2009, 50 years after she won her Judo medal, only to have it stripped from her for being a woman, she was awarded her gold medal by the YMCA. For the forces of misogyny, it was clearly an example of winning the battle but losing the war, as Jean states, "Because that medal was taken away, women's Judo is now in the Olympics."

Awards and acclaim are a great reminder of Rusty's notoriety, but there is nothing more powerful than having an eye for seeing the potential in others. Honed through years of teaching and coaching, Rusty could spot talent, and so she did.

In 2009 The Women's Sports Foundation, founded by tennis legend Billie Jean King, established the Rusty Kanokogi fund for the advancement of women in Judo. The fund provides funds to help athletes with the costs of training and travel. Rusty was involved in the selection process for the recipient the year she died. Jean shared the details of Rusty's choice for the first year's recipient, "In 2009 Rusty was still very ill, and she asked me to be on the selection committee, and I said , of course, but she said she already selected the 2009 recipient. I said, well who's that? And she said Kayla Harrison. I said Mom, who's Kayla Harrison? She said, You'll see."

As the pioneer of women's competitive Judo, Rusty left a path for others to follow, one that will forever be filled with champions all over the world. I hope and expect that in time Rusty's name will be as well-known as others in women's sports and martial arts. While Americans can celebrate the two Olympic gold medals won by Kayla Harrison, it should be remembered that it was not that long ago that it was all different. It might have never been, if not for one woman asking, "Why not?"

Rusty Kanokogi died on November 21, 2009. As an honored member of the Kanokogi Samurai lineage, she rests in the family's tomb in Kumamoto Japan. On her grave she is forever declared "American Samurai."

For more information about Rusty and to order the book "Get Up and Fight," visit: https://www.rustykanokogi.com/