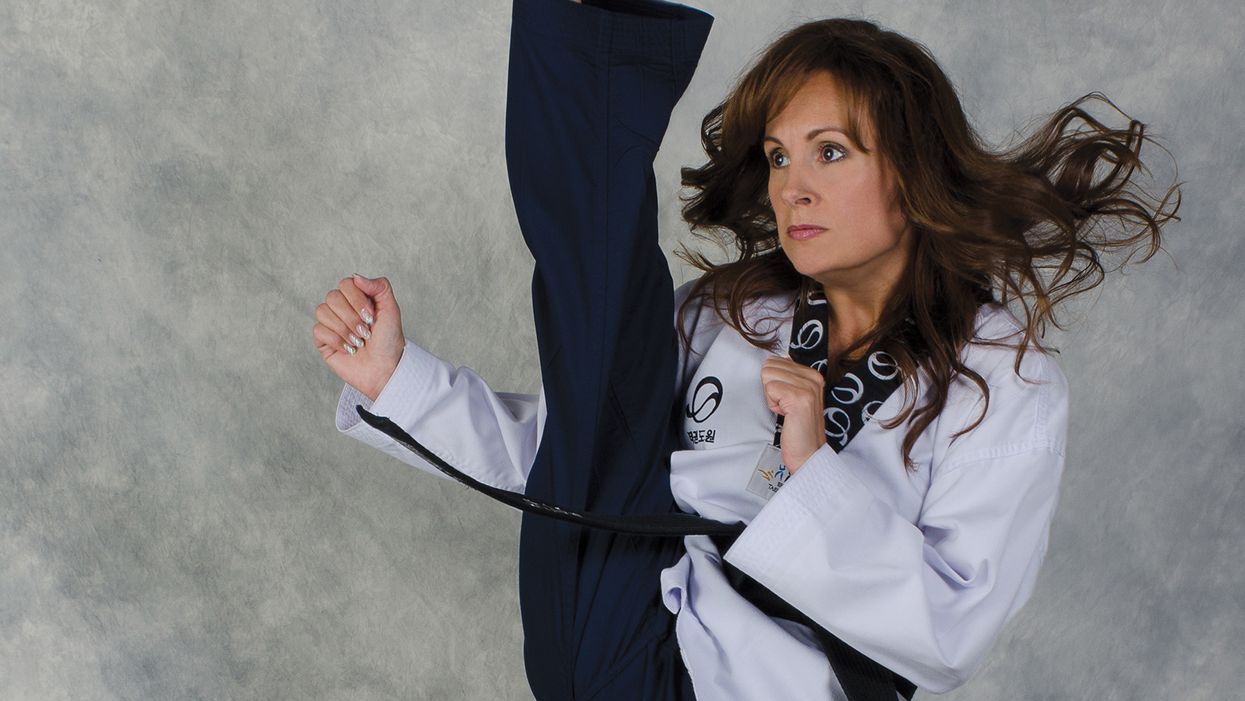 When taekwondo master Rondy McKee gives a keynote speech, it's standing room only. Her tips on marketing and advertising are worth their weight in gold. Consider this update Black Belt received right before going to press:

"I just got home from Germany," McKee said. "In addition to teaching several classes, I was the keynote speaker at a large seminar in Munich, training attendees on marketing strategies and in how to implement new programs for martial arts schools.

"For the past 10 years, I've been advising and teaching various marketing groups and schools. I provide different services specific to the needs of the particular school or organization. One of the issues I worked on this morning in Germany was that many martial arts schools there can't get into public schools, so what can they do? I provided them with details and materials outlining how I overcame that same problem at my school in North Carolina.

"McKee is savvy enough to know that different countries impose different rules on the martial arts, which is why she advises her clients to review her presentations and then choose what works for them. It's a strategy that would make Bruce Lee proud.

Attesting to the depth of her knowledge, she recently conducted a clinic on how to build your own building using her school as an example. History: Seventeen years ago, McKee created one of the largest and most successful schools in the world. It is an immaculate 24,000-square-foot structure with a koi pond in the sitting area, situated on 3.5 acres. It became the headquarters for the 2,000 students of her über-successful White Tiger Taekwondo & Martial Arts.

McKee's journey to Germany wasn't the only update she had. "My husband and I decided to sell the building," she announced in her best news-anchor voice. "I had some realtors come in and tell me what they thought it was worth, then I added another million and it sold in three days. We downsized to a smaller school I'd built a few years ago.

"But I have more breaking news! My husband and I are moving to an exotic beach in Mexico. We decided that if my senior students can run the school, I can oversee them and run my marketing business on the internet. So why couldn't I do all that while sitting on a beach?"

McKee's new home is an old resort that resembles a castle perched atop a mountain surrounded by jungle, and it's accessible only by boat. She aptly dubbed her new digs "The Jungle House." The facility also boasts a gym with mats, making it perfect for training and private lessons.

"I've always said that someday I'll retire on an island," McKee said. "Now is that time. I don't think anybody ever regrets enjoying life early, but you will regret it if you don't enjoy life until it's too late."

Despite her apparent emphasis on running the business she built, the martial arts don't get short shrift under McKee. Her taekwondo students are certified through Kukkiwon, South Korea's headquarters for the art. And her hapkido students are recognized by the Korea Hapkido Federation, the nation's most respected organization for the style. If you're wondering how she crafted those Korean connections, know that she used to live in the East Asian nation, where she taught English while studying martial arts.

A few months from now when she isn't chasing pumas off her deck, you'll be likely to find McKee sprucing up the place in between teaching beach-view classes, all while overseeing her school and her clients on her laptop — and watching the sun set on a perfectly executed exit plan. As of today, that exit plan includes being named Black Belt's 2019 Woman of the Year.