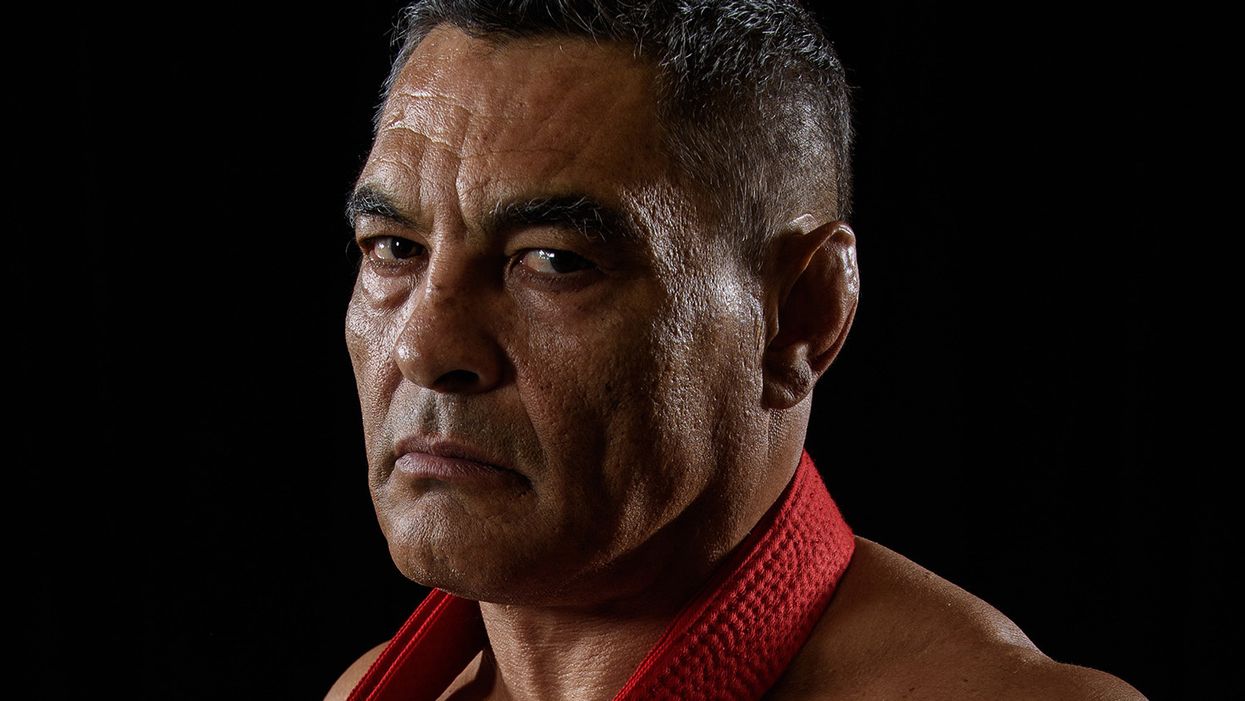 Undefeated in BJJ and MMA, Rickson Gracie talks about his fighting philosophy and his family's archenemy — a Japanese mixed martial artist named Kazushi Sakuraba — in this Black Belt exclusive.

In the world of MMA, athletes come and go. Olympic wrestlers claw their way to the top, then sink to the bottom two months later when a clever kick lays them out cold. Tough young Brazilian jiu-jitsu stylists work their way up the ladder, then lose horribly to a street fighter with a strong overhand right. Yet one person never succumbed to those fates. While he competed, Rickson Gracie was a cork in the ocean of MMA. He took on the best opponents the sport had to offer, and he didn't lose a single match. Presented below are some of the most interesting comments Gracie made during the numerous interviews he did with Black Belt.

When you're considering taking a fight, what's important to you?

Rickson Gracie: Of course, money, location and opponent, as well as the size of the event. But mainly what I look for is an event that will show the sport as a beneficial and positive influence for others. I am concerned about how the event presents itself, the goal behind the fight and the values of the organizers. I believe the Zen aspect of the martial arts is very important — including respect among fighters and the way an event is run.

You want to be involved only with people who promote fighting in a positive way, not in a violent way?

Some Brazilians have told us violence is a big part of the jiu-jitsu scene in Brazil. They said the art's status used to be very high there, but now people think it is just a tool of street thugs. Is that true?

Rickson Gracie: Jiu-jitsu is the fastest-growing sport in Brazil because everybody wants to be a fighter. Many students now think they have to fight to prove themselves. They train at a jiu-jitsu school and go out to nightclubs to fight. That's been a big problem for Brazilian society. It's because a lot of gang members, tough guys and problem kids have jiu-jitsu techniques put into their hands, and they become like little supermen. They beat everybody, and they create a lot of problems. This is the negative side, the wrong use of the power of jiu-jitsu.

Now in Brazil, people say, “Oh, anyone who trains in jiu-jitsu normally creates problems." But that's not exactly what happens. Professionals who are involved in jiu-jitsu try to develop the positive side of the art. Only the people who study jiu-jitsu to cause trouble on the street bring this kind of bad image. But the police understand it's not a jiu-jitsu thing; it's a criminal thing. It's the same as the way a lot of people use guns to commit crimes. Jiu-jitsu training gives a sense of power, and people sometimes use it the wrong way.

Have you noticed similar problems in the United States?

Rickson Gracie: No, because it's much harder here to solve disagreements by fighting. You can get sued, and the criminal-justice system is much more effective here. In the United States, if you make a problem, you definitely will pay for it.

Is it true that there's a rivalry in Brazil between jiu-jitsu and luta livre?

Rickson Gracie: Yes and no. Yes because you can say there's even a kind of rivalry between jiu-jitsu and jiu-jitsu. We all compete with each other, but because we are practitioners of the same sport, this rivalry only goes to one level. Jiu-jitsu people don't have that kind of thought for luta livre people. They don't think, “I'd like to beat him, but he is a nice guy because he practices the same sport as I do." Because it is only a similar sport, there is competition between jiu-jitsu and luta livre practitioners. But things used to be much worse than they are. Now it's more respectful, and the students are starting to compete together in important international events. Things will get better until the problem disappears.

Why has Kazushi Sakuraba been so successful against Brazilian jiu-jitsu stylists?

Rickson Gracie: He doesn't make many mistakes. He's very calm … the kind of fighter who waits for you to make a mistake and then capitalizes on it. I saw fights where people kept pressure on him — like when he fought Kimo [Leopoldo] — and he got beat up pretty easily. I saw fights where he didn't really win — like with Royler [Gracie]. Sakuraba stayed outside and kicked Royler's legs and punished him, and because of the weight difference, he got the advantage.

I saw him fight Royce [Gracie], and Royce had the advantage in the first rounds. And then he just got tired and could not keep the pressure on Sakuraba. He could not finish the fight before he got tired. And I saw him fight Renzo [Gracie]: He was always very calm, waiting for Renzo to give him the space to create new options for himself. Basically, Sakuraba's not a destroyer; he's not a guy who has a great expertise in anything. But he's very smart and very tough. He's not afraid of getting beat up, and he plays with the crowd and makes a mess in his opponent's head.

How does a person acquire that kind of mindset? Could a fighter consciously develop his mind to use those same tricks?

Rickson Gracie: I think you can develop that kind of mind, but some people are born with it. It's just that in every match Sakuraba has won, it was not a victory he could put over his shoulders [to display]. Of course, he deserved to win — he's a tough opponent — but he never made the victory. A lot of people allowed him to slip through their fingers. Nobody who lost to him says, “That guy is really good; he kicked my butt."

So you don't see much technique in Kazushi Sakuraba's fights?

Rickson Gracie: Of course he has technique, but I don't see anything that impresses me. The mental aspect of his game is the most valuable possession he has.

Do you feel any pressure to fight Kazushi Sakuraba — to protect the Gracie name, if for no other reason?

Rickson Gracie: I don't feel pressure to fight anybody because I don't have a commitment to myself to prove anything or to my family to protect the name. The family will always be respected. I don't think winning one more time or losing one more time will shake it. But in my heart, I really think Sakuraba deserves to get beat because it's like he's lucky all the time. He's just very slippery.

If you don't fight him, who would have the best chance of beating him?

Rickson Gracie: A simple fighter can beat Sakuraba if he gets the “enlightenment" he needs to get the mental and psychological elements to guide him through the fight. Sakuraba is not a great puncher or a great submission fighter. He just stays calm and takes advantage of the openings. And if another fighter is calm enough to wait for his shot and tight enough to not give spaces and lose the opportunity, he can win.