Richard Plowden - The Patriarch of the Plowden Family Legacy 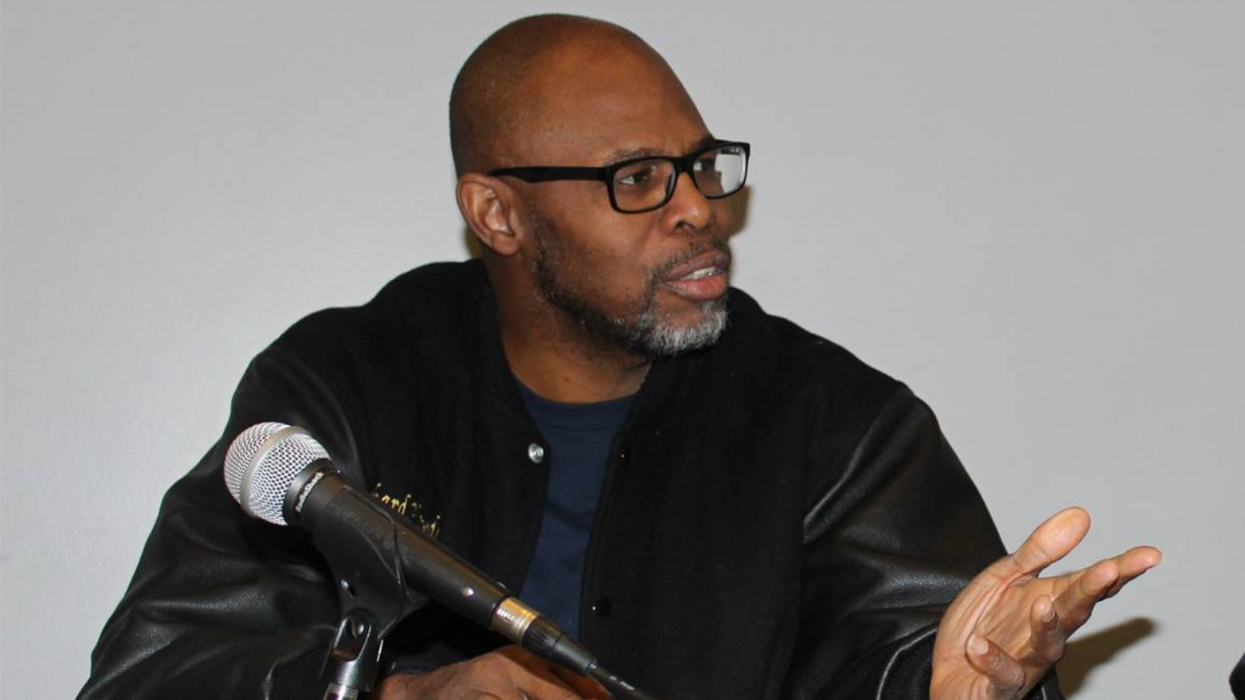 I love this quote, "Man plans and God laughs." That is a statement from former sport karate World Champion now coach of Team Impex, Richard Plowden. He is also President of the World Karate Kickboxing Commission USA and proud father of present World Championship competitors Morgan and Richard Avery Plowden. "I never thought that the martial arts would play such a huge role in my life, let alone the lives of my offspring", Plowden said.

Plowden describes his less than auspicious martial arts beginnings as being rough. "My instructor informed my family that they were wasting their money on my Taekwondo lessons," Plowden said. "My brother, who was responsible for the genesis of this entire journey was doing well. But me, I was an uncoordinated 13-year-old who had to work at every aspect of the training".

However because of his dedication and tenacity, Plowden pushed forward to eventually becomes the teacher's pet. "I think that my work ethic impressed my instructor Won Chik Park to where he began to spend a lot of time with me and while a very stern instructor (this was the 1970's) he was quite supportive in a variety of different ways".

And when Grand Master Park left Detroit to relocate to Ft. Worth, Texas, Plowden's martial arts career took a pivot as well. "In the beginning I was a staunch Taekwondo practitioner," Plowden said. "No punches to the head, few if any front leg kicks, this was the rule under the Taekwondo banner." "But even then because of martial arts magazines like Black Belt and Karate Illustrated, an entirely different martial arts competition world was on my radar".

According to Plowden, martial arts publications laid the ground work for what would become a stellar martial arts competition career as a competitor and instructor. "I always loved teaching and craved being able to share knowledge with other sport martial arts addicts," Plowden said. And according to Plowden, the magazines played a huge role. "I read about Joe Lewis discussing the three types of fighters, a runner, a blocker and a jammer", Plowden said. "Lewis talked about direct attacks, indirect attacks and broken rhythm. Information like this was monumental to my young mind as I was attempting to figure this game out". Additionally with assistance from his brother, Plowden began to attend regional and national tournaments following the schedules set by Karate Illustrated magazine. "I was learning on the fly, doing events on the weekend and coming back to Detroit to try out things I was seeing on the circuit. I was intent on being as scientific as possible in approaching sparring".

Fast forward to the present after a competitive career that saw Plowden become part of the Budweiser Team, Atlantic and Transworld Oil Teams, Team Paul Mitchell, before coaching Team SES, Victory and now Team Impex. "I have been blessed enough to share my knowledge with students and team members who have won all over the world," Plowden said. "The roster is vast and our scientific way has reaped dividends."

None however are more prominent than Morgan and Richard Avery who rank among the very best competitors in the world presently. "In being consistent with the way this thing has evolved, I did not want Morgan or Avery to pursue competitive karate," Plowden opined. "I thought there might be pressure and had no idea how much they really would love competing." According to Plowden, Morgan was a stand out high school softball pitcher, who pitched her freshman year at Howard University before hanging up that glove for a different pair. "I loved being softball dad," Plowden said. "During her high school years I took a break away from most national events, preferring to spend time at her games. It was wonderful."

"We had tried both of them in track, tennis, baseball and football for Avery, but both came back to competitive karate," he said. "And I was noticing how good they were becoming at it." It was important to Plowden to be able to separate being the instructor with being dad. "In our house we could not talk karate. I wanted to be dad in my house," he added. "And they would get frustrated with me, but it was a rule."

But in spite of conversations not revolving around karate at home, Morgan and Avery embraced the system. "It may sound crazy but they have never questioned any advice that I have given them about training or competition," Plowden said. "Morgan is the hardest working student that I have ever trained and Avery is right up there too." "I learned that in order to beat Steve "Nasty" Anderson or Billy Blanks I had to improve my cardio and become an athlete. It is a mindset that is certainly part of the Plowden system. You may get beat but you had better never get tired."

"Having a great work ethic is transferable to all aspects of life," Plowden said. Some of my favorite quotes are 'the dictionary is the only place where success comes before work' and 'hustle beats talent if talent doesn't hustle'. These thought processes have universal implications. I think it is what helped propel Morgan to her master's degree and position as a project manager in the automotive industry and Avery to be an attorney. "The benefits of martial arts training and competition have transferable qualities. We just have to be ready to reap the benefits that the sweat produces", Plowden mused.