Should a Martial Artist Ever Retire? 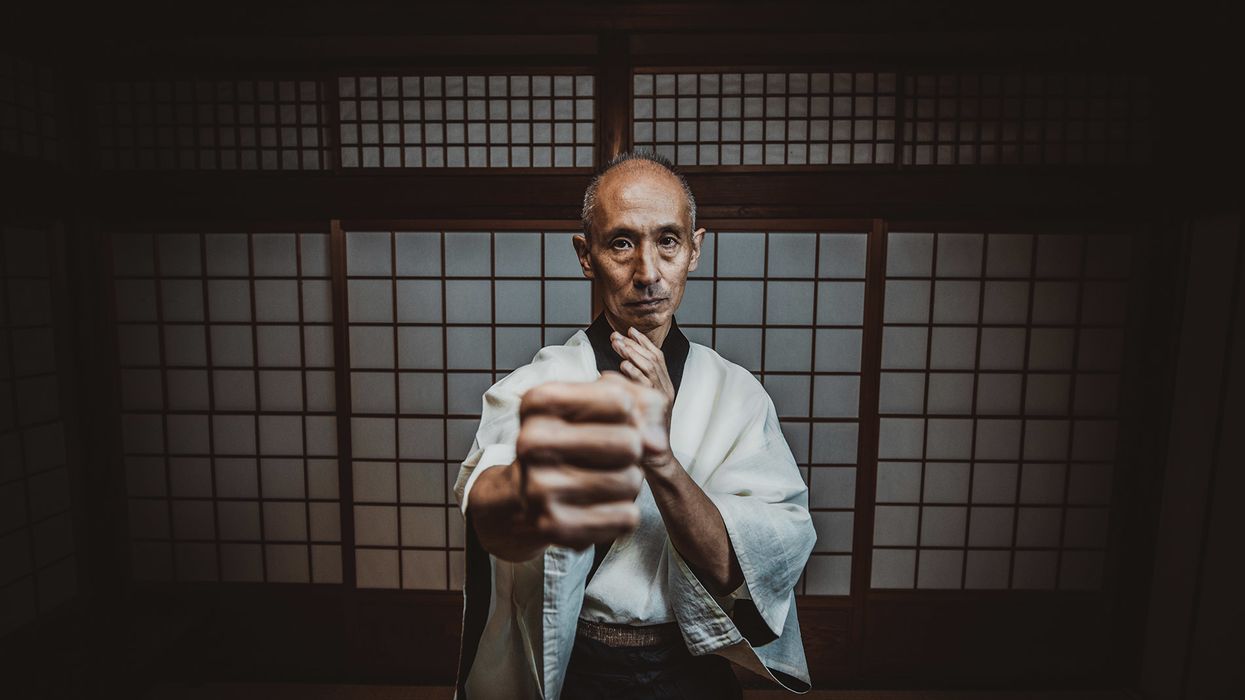 It's a difficult subject, but perhaps I'm finally old enough to examine it with some objectivity — and with some insight that's worth sharing. The issue, of course, is when one should retire in karate or other forms of budo.

A quick clarification: No serious martial artist "retires" in the sense that the person ceases to train, study and explore life by traveling along a martial way. There's an expression in Japanese that one should live one's life as a kara kyohi, a dry husk, one that's used up completely. In other words, one should leave nothing left undone. There is no retirement from any martial art; they all represent a lifelong path.There is a moment, however, if a budo teacher lives long enough, when he or she must contemplate retiring from a position of authority. More accurately, the person must be willing to step back, to allow a new generation to take over the active teaching role.

This may surprise some readers. In popular martial arts lore, the bearded master not only continues to be at the head of things, but he also continually bests his younger, stronger students. The reality is that while budo can give us a healthy life and we can learn to manipulate timing and other subtleties in ways that can defeat younger, stronger practitioners, the arts cannot magically free us from time. If we live long enough, we will grow frail, physically as well as mentally.

I'm not suggesting your future as a sensei will be that of a doddering, mumbling geezer. Or that there will not always be a place for you in the dojo that you ran for so long. It is, rather, that you must accept changes. Adapt to them. Enjoy them as you accept them.

There is a title in old Japanese: go inkyo sama. The go is an honorific title, as is sama, a more formal version of san. Inkyo refers to a special, private area of a large estate, the living space set aside for those who have retired from daily life. In old Japan, warriors, nobles and the wealthy often retired from their careers as well as from the hustle of the everyday world. They devoted themselves to the arts, to their hobbies or to their studies. Today in Japan, the term is still used. Businesspeople and other professionals look forward to this period. You can see go inkyo sama all over that country: people gardening and pursuing other activities they never had time for as working adults.

In the dojo, sensei who become go inkyo sama don't necessarily stop coming to class. They do not, however, continue to lead training. Gichin Funakoshi, for instance, in the final years of his life, sat in a chair at the side of the training hall. He watched those teachers who were leading practice. From time to time, he might call one of the teachers over to make a point or offer advice. Mostly, though, he allowed those teachers to take their place, to mature and to develop the personalities needed for leadership.

Often — too often — aging Western karate teachers like to believe they've "still got it" in terms of their physical prowess. Ego can play an enormous role. These sensei believe that they're indispensable, that those younger seniors in the dojo might be capable of leading the beginner's or children's classes but that the advanced stuff can come only from them.

I've visited dojo where a sensei has this attitude long after it's no longer applicable. He insists on being the one who continues to control everything. He lectures, covering topics everyone has heard a dozen times before. Seniors are polite, listening, deferring. One can sense their frustration, though. The sensei, too, is frustrated. Often, he knows that he's repeating the same instruction and that he no longer can do what he's telling his students to do. He may grow cranky, even angry. And he takes this out on the students:

"You guys think you know this, but you're still not really getting it!"

One feels sorry for the aging teacher in this position. At the same time, he should know he's perverting the flow of an art. He has, if it's a good dojo, brought up a generation of seniors, some of whom should be capable and sufficiently competent to assume a teaching role. But no. He tells them, "You're not ready." Is it because he really thinks they have more maturing to do? Or is it just that his ego cannot handle letting go?

If you're a younger practitioner, this subject may seem awfully theoretical. It's hard to imagine there will be a day when you must consider such things as retirement. And remember that for every older teacher who won't let go when he should, there's also a younger student who thinks he's ready to be a teacher when he isn't.

We all begin our training with selfish interests. We want to be stronger, more competent in meeting threats and adversity. None of us came to the dojo because we wanted to preserve and refine the art, to pass it down. We didn't think that far in the future.

In the case of a poor teacher, he never loses this self-centered mentality. Even as he teaches, his attention is on himself. His students are, to some degree, just another way of focusing on his own accomplishments.In the case of a good teacher, while he maintains his own interest, he also comes to care about others in the dojo and about the art itself. He comes to understand that he's not the center of things. He's another link in a long chain, stretching back to the art's founder and to those generations of teachers who came after the founder.

A good teacher is aware that he's forging links for the future. When the time comes, he must complete the forging — or at least be satisfied with his work. He must allow the next links to take their place in the chain. He'll always be "Sensei" in the estimation of his students and thus always respected. He'll have the grace, also, to take on the role of go inkyo sama.