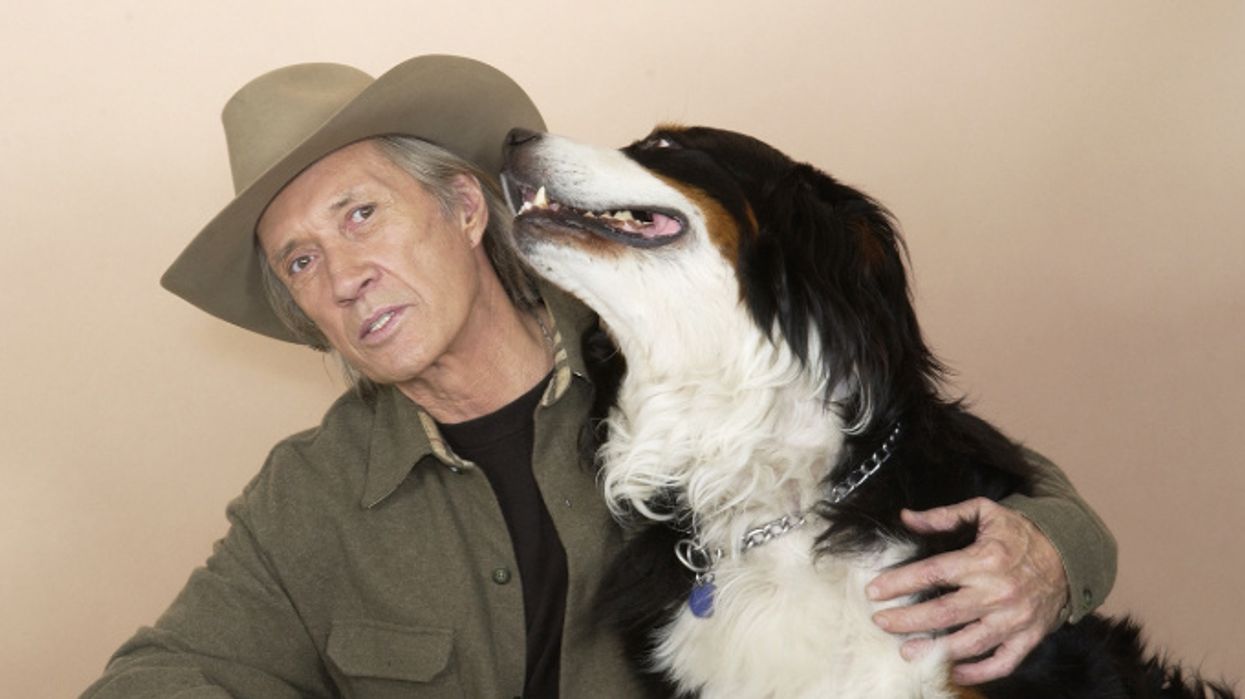 Eleven years ago today — on June 3, 2009, to be precise — David Carradine passed away. Carradine, of course, is best-known for his leading role in the 1970s television series Kung Fu, in which he portrayed a half-American, half-Chinese Shaolin monk named Kwai Chang Caine. He is best-known to some members of the Black Belt staff for being the only martial artist ever to bring his dog to his photo shoot.

The Kung Fu series remains as fun to watch now as it was when it premiered 48 years ago — for several reasons. The writing and direction were magnificent. The cast was talented and diverse. And David Carradine pushed the director and martial arts coordinator to allow him to perform as many of his character's martial arts moves as possible.

David Carradine's reasoning was that fans would not identify with the story lines or his character if all the action was done by stunt doubles. Carradine fancied himself a decent martial artist, and why shouldn't he? From the get—go, he had great instructors to learn from — like Kam Yuen and later Rob Moses. And he kept at his training for nearly 40 years. In part, that is why Black Belt readers voted him the magazine's 2002 Kung Fu Artist of the Year.

It's unfortunate that there will always be haters who never tire of telling the world that Carradine had no real martial arts ability.

David Carradine was a friend of Black Belt magazine. He enjoyed working with the staff because their several collaborations had proved successful for both parties.

David Carradine and Floyd Burk, author of this post.

There are many ways to assess David Carradine's devotion to his craft and, in particular, his skills and knowledge in the Chinese martial arts. Among them are three seasons of the Kung Fu series, which are still available on DVD. The episodes convey a timeless wisdom that most martial artists still hold dear.

You can see a different side of David Carradine in the set of tai chi videos he made, in his book The Spirit of Shaolin and in his second TV series from the 1990s, titled Kung Fu: The Legend Continues. Fans will find these works rewarding ways to remember Carradine and Caine. May he rest in peace.