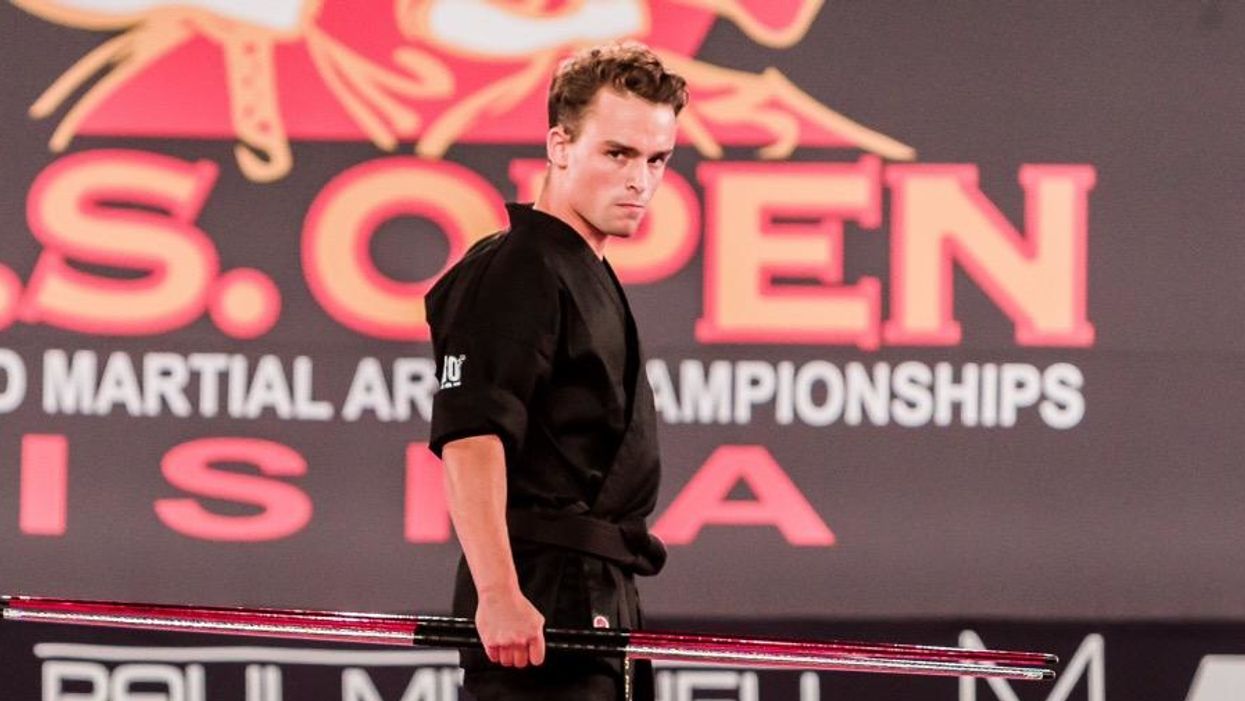 Reid Presley is a decorated world champion and is known as the innovator of double bo staff. Early in his career, Presley was known for powerful single bo routines while competing for Team AKA. He would later rupture his Achilles tendon while performing with the Sideswipe performance team in Doha, Qatar. During the recovery process, he developed his own style of double bo routine that he would introduce to the competitive scene upon his return. Now, representing Team Paul Mitchell, Presley has focused more on his extreme forms routines and has secured multiple significant forms overall grand championships. He now holds the record for the most combined forms and weapons diamond rings from the prestigious Diamond Nationals of any adult male competitor.