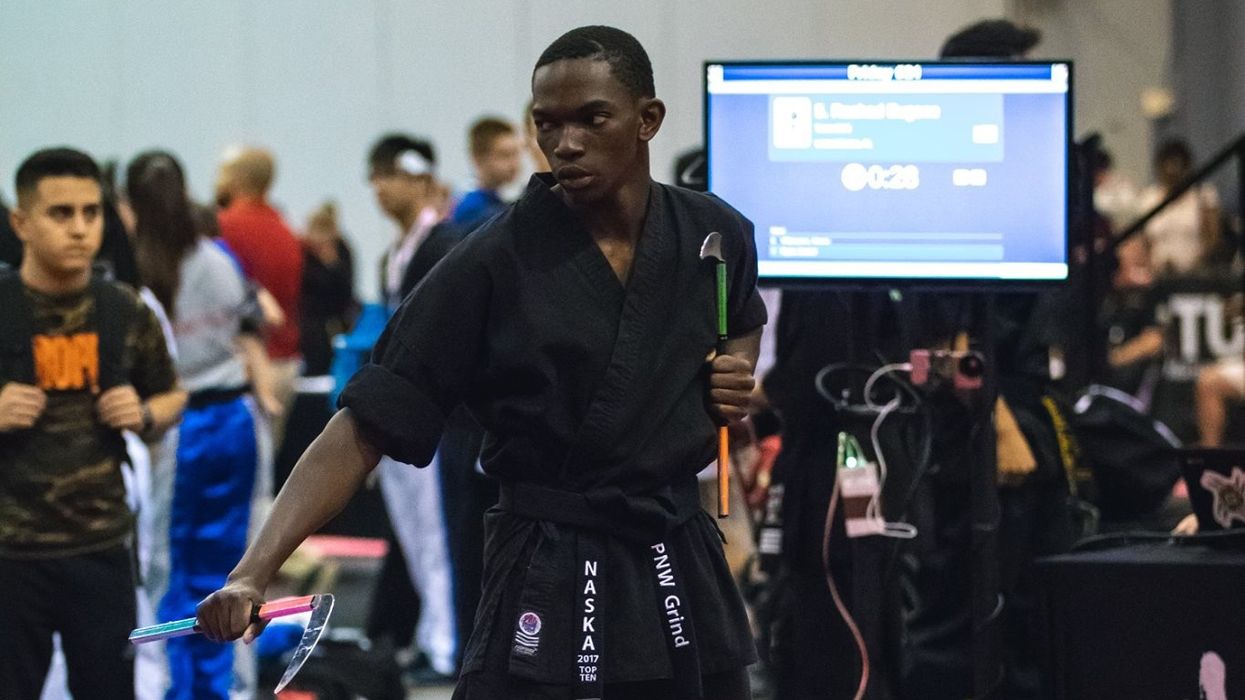 Rashad "The Black Mamba" Eugene is a prominent contender in the men's weapons divisions and a skillful lightweight point fighter. He is known for competing with a wide variety of weapons including kamas, bo staff, sword, eku bo, tonfa, and more. Eugene is the first competitor to successfully perform a triple bo staff routine and has also turned heads by using a kama and sword simultaneously. This eccentric style has earned Eugene a large fan base that is always guessing what he is going to pull out next.

His nickname originates from his speed in point fighting and a unique snake-like hook kick that he enjoys scoring with in his matches. Eugene's showmanship carries over into the point fighting ring, where he often attempts flashy techniques from spinning hook kicks to front-flipping "Websters" to score on his opponents. He also shares his skills with up-and-coming martial artists as an instructor at Damian Rodriguez's Millennium Martial Arts Academy in Hialeah, Florida. Outside of competition, Eugene enjoys shoe painting and is known for his creative custom designs.