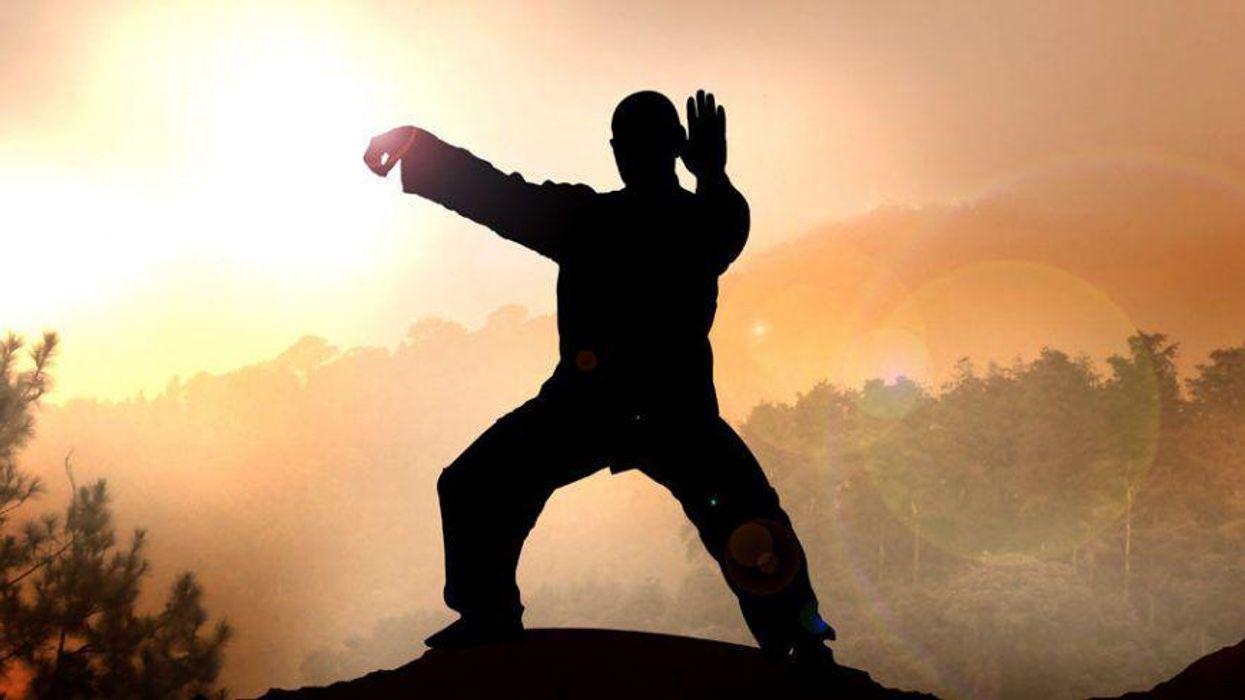 In the 1990s, when I started studying martial arts, classes started with traditional calisthenics and then stance training, which I deduced was an ancient form of torture devised especially for young men from the suburbs. There were lines of students holding low horse stances, breathing deep, relaxing their upper body, and focusing their minds to stay in the moment. It was great training. Years later, I was surprised to learn that stance training was a form of Qigong. Is it still Qigong if I don't know that it is? Yes.

There were lines of students holding low horse stances, breathing deep, relaxing their upper body, and focusing their minds to stay in the moment. It was great training. Years later, I was surprised to learn that stance training was a form of Qigong. Is it still Qigong if I don't know that it is? Yes.

After studying one art for many years a friend and I wanted to explore Qigong and internal martial arts and see if we could learn to shoot laser beams from the palms of our hands. It was an amusing and humorous exaggeration of our real intention. (Spoiler alert, we didn't learn to do it) We went to many teachers of internal arts and ended up having a great experience learning about different styles like Xing Yi and Ba Gua as well as a more meditative way to study martial arts. Some things, like the emphasis on relaxed motion, were similar to what we had learned before. However, there was more focus on breathing, which not only helped our martial arts but everything else as well. Breath = life.

For most of my teachers, English was not their first language and they taught simply, never straying in the direction of discussions of fantastical uses of internal energy. I remember asking about what I should be thinking while practicing the standing exercises.

"Should I imagine a ball of energy with lighting shooting off it?"

Unfazed, my teacher continued to carefully correct the small details of my form and nodded understanding without looking at me as he spoke, "I've heard of that…you can do that if you want." It was followed by the familiar instruction of martial arts teachers everywhere, "Bend your legs." As if he anticipated my next question, he said, "Just stand, breathe," and then he finished his corrections and walked toward a group of other students.

I continued standing and breathing as a regular course of daily training and found it benefited my health and martial arts.

I have studied for years and in internal arts have found many similarities to my previous training. There were subtle differences as well, but nothing that was going to make me think I could do a "force push" as they did in Star Wars movies. A few teachers would delve into the esoterica of Traditional Chinese Medicine, but most teachers stressed doing as being most important. To illustrate how important it is to do, I knew a guy that studied with a teacher that didn't speak any English at all and simply taught forms with gestures and examples and emphasized daily practice.

When I had a martial arts school and taught Qigong, I taught the same way as my teachers. Some students liked the simple approach and some were disappointed. I used to ask students why they wanted to learn Qigong. What were they looking for? If it was health, balance, breathing, and learning to calm their mind, they would like the class and enjoy themselves. However, none of my teachers taught me how to shoot laser beams out of the palms of my hands, and neither do I.