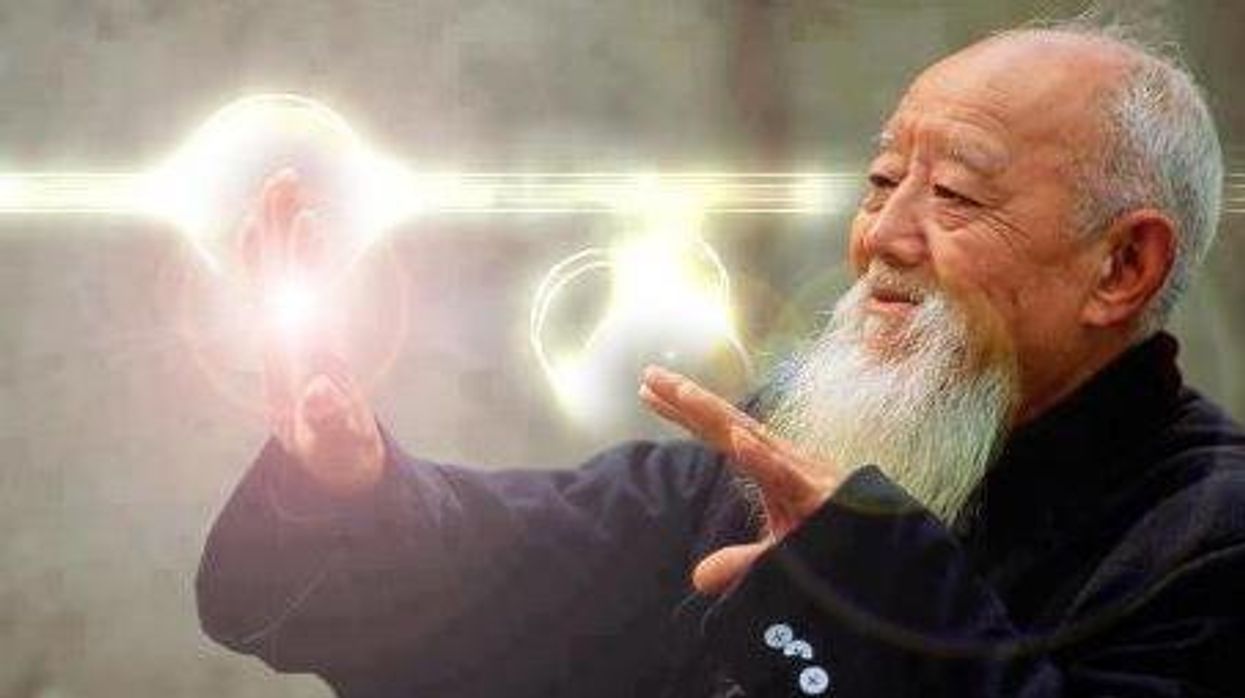 Hey, I really need to warn you before you read this article.

If you are seriously stubborn or believe yourself to always be right (despite how much money you've lost betting on your favorite football team), you should stop reading.

Trust me, you don't want to keep reading to find out what qi really means.

You definitely don't want to scroll down and find out what Tik-Tok proves to us about ancient Chinese practices and medicine.

Oh, and you certainly don't want to find out how a basketball team once used their minds to upgrade their abilities!

If you believe yourself to know everything already, don't worry. You likely do know all you ever will. Meditate on that for a bit.

But...that's not you, is it? Let's look at some important ideas, you open-minded and wonderfully curious person!

Known as ki in Japanese and qi (or ch'i) in Chinese, this word typically gets translated as life force or vital energy. Before trying to conjure energy balls and, hehe, knocking people out with a simple gesture of the hands a la McDojo style, let's do research.

In Chinese, the character for qi can actually be found when referring to the weather, gas (as in the fuel source), or the emotion of anger.

In Japanese, the corresponding variant of the same character can also be found in the greeting/question "How are you?" (元気ですか; "Genki desu ka?").

氣 is the character that often gets used when discussing qi. Interestingly enough, this same character appears in many other places outside of Traditional Chinese Medicine (TCM) discussions.

Set aside your esoteric expectation for a moment.

If we were to simply replace the word "qi" with the word "energy", parts of this concept become much more digestible for a western audience. If you speak about energy from a scientific perspective, you can be discussing a plethora of ideas. Energy can be potential or kinetic. We can be discussing thermal, electrical, chemical, light, sound, or even nuclear.

Just imagine trying to explain in accurate and simple terms how eating food can make you either healthy or sickly, how the ecosystem of flora and fauna exchange carbon dioxide and oxygen, or how rubbing your hands together helps warm you up on a cold day.

Oh, and don't forget to say it in another language so that foreigners from thousands of years back can learn it too.

When you consider these challenges in accurately describing this already layered idea, it's no wonder it has become a catch all term that also collected BS.

Bear in mind, there are many levels when talking about the concept of qi. I'm not delving into every aspect of TCM or qi in this article. If you study an internal style such as taiji or bagua, you especially understand how futile it would be to attempt to completely cover the concept in a lone article.

This is simply a quick glimpse into how everybody is a little bit right about this often mischaracterized concept.

Let's get the elephant out of the room: people can do incredible things.

I'm still not talking about flying in the air or hurling fireballs though.

A simple scroll through Tik-Tok will show a highlight reel of ordinary people doing incredible things: trick shots, flips thought to be impossible without wires, and contortionists twisting their body in ridiculous ways.

If you took an average joe and told them to replicate what they see on social media or in a Cirque du Soleil show, they would likely even say it is impossible.

Thing is, it isn't. It is difficult , and that is a completely different measure of a challenge.

On another note, everyday people without specific training seemingly perform miracles when their mindset is right. Just ask any LEO (Law Enforcement Officer) who has had to shoot an extremely emotional or clinically insane suspect. Multiple shots aimed at center mass might be fatal for most people, but can be shrugged off by somebody not mentally with it.

Until you discipline yourself and allow yourself to believe something is possible, it will remain desperately unavailable to you. The first step to achieve a skill is to believe in it. To use another example from sports, let's look at running. For years , it was said to be impossible to run a mile in four minutes.

But then somebody did it.

Once Roger Bannister ran a mile faster than everybody else, it showed everyone that it was possible. The record which stood for hundreds of years became shattered. Since the record was broken in 1954, over a thousand athletes have also accomplished it and have even lowered the time by roughly seventeen seconds!

Your body is going to keep resisting it until your mind accepts it. In order to achieve it, you have to believe in it.

Whether you choose to believe qi is an actual life force flowing through your meridians or is simply a mischaracterized scientific concept, eradicate any of your self-limiting thoughts and believe in yourself.

On a basal level, visualization of qi is akin to ideokinetic training, simply a method of using intention to help align proper body movement.

A study conducted by sport psychologist Judd Biasiotto at the University of Chicago took basketball players and divided them into three groups, each tasked with a responsibility for thirty days.

By the end of thirty days, here were the results:

● The group who physically trained improved by 24%

● The group who mentally trained improved by 23%

Close your eyes and imagine if the mental training and physical repetitions weren't in exclusivity to the other. Imagine how impressive your skills would be if you consistently trained coordinating your mental intention, your breath, and your body movements!

Attention to an action carries awareness and awareness brings an opportunity to powerfully improve. When we improve the coordination of our movements and align it with proper breathing, we are functioning in a much more powerful and effective manner.

I'm not saying qi and the study of its usage is the exact same as energy and matter as we discuss it in the West. This is simply the most pragmatic and palatable perspective to easily delve into if you are new to this subject. Simply think of this aspect of qi as the long lost brother to the modern scientific notions we study.

Our responsibility isn't to be right, it's to get it right. In order to complete the gaps of knowledge we are missing, we have to pay respectful attention to those who may also have worthy insight.

I'm saying you are capable of much more than you may realize.