The REAL Purpose Behind Your Forms! 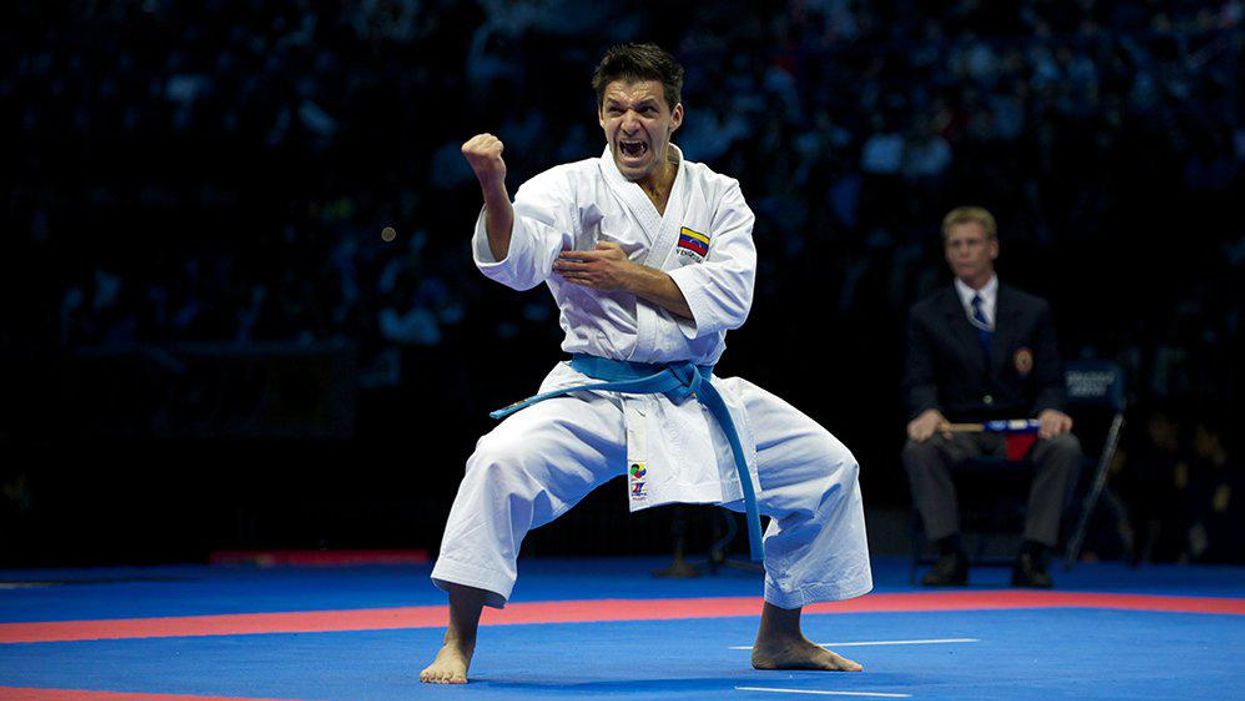 Whether you call them kata, taolu, or hyeong, forms are an interesting source of debate.

Watch a martial artist train and you may believe forms are only rehearsed tactics for self-defense.

Watch another martial artist and you may believe forms to just be an unusual dance, one that teaches coordination and the harmonies of the body.

Watch yet another martial artist and you may believe it is simply an exaggerated performance meant for the eyes (and ears) of tournament judges.

Spoiler alert: none of these are fully correct nor are they fully inaccurate.

A Time and Place for Everything

There are a lot of different patterns that get called forms, and for some people, they all seem meaningless.

It is interesting to note that many fighters who disparage forms actually ended up finding meaning in solo training drills and visualization once the pandemic took away the opportunity to work with a partner. Remove the verbiage and those solo drills are essentially the same as the patterns taught in traditional martial arts.

This isn't meant to be an "I told you so!" piece towards those who used to believe forms to be useless however.

In fact, without teachers who showed me their purpose years ago, I would've believed the very same as those disputing forms. After all, it often looks like just a weird dance of fixated fight choreography. Why would anybody want to rehearse choreo when they can work on actually punching and kicking people?

Aside from presenting an opportunity to further develop your skills without another human being present, forms give you a chance to isolate segments of your training and improve in a focused manner though.

Sparring and partner practice also have their place, however we need to know when that is. There is a time to refine a movement and a time to pressure test it, a time to shadow box and a time to spar. Every type of training has benefits and costs.

The road to becoming an athletic fighter or unleashed artist is about recognizing these pros and cons and balancing them appropriately throughout your calendar.

Thing is, you are barely scratching the surface of training benefits if you believe this is all they are for.

Ready to learn the secret of what forms actually mean and how to use them to upgrade your training?

What's in a Name?

With a few exceptions, the words used to describe these patterns of movement typically carry the deeper meaning of "shape", "look", or "to appear".

In fact, kata can literally translate to "mold" or "cut in the ground".

My question to you is, what are you placing in the mold?

Forms are about expression. Expression of ideas, expression of training methods, and sometimes even expressions of the self in a performative manner.

Here lies the challenge of forms on the expert level. It is easy to imitate a movement, however it is much more difficult to express an idea.

If I tell you to move like a monkey or squawk like a bird, you could do that (albeit, probably while feeling silly). It is as simple as doing the human equivalent of copy and paste, it requires little thought to imitate.

Performance on a deeper level necessitates a higher level of mental and emotional intelligence however. To glean the treasures of a training routine, you have to apply more than simple imitation. You have to be able to "put yourself in the moment", initiate the movement with a feeling and let that feeling permeate before guiding your motions and words.

Otherwise, your movements are void of meaning. A performance without emotion is no different than the nightmare inducing animatronics of ye olde birthday parties.

Amongst other things, each form is a lesson in creativity. It is a challenge to expand the horizons of your mind and to accept a physical lesson on an abstract idea.

Can you imagine the color red or the idea of anger? Perhaps you can imagine its manifestation, a little red corvette or an angry faced Prince, however the idea itself needs a medium in order to properly exist (even if it is just envisioned in your mind).

Let's go deeper down the rabbit hole. Can you imagine a concept such as tactfully moving forward to stifle an incoming attack? How about the idea of inviting an attack in order to open an opponent's defense? What about methods of strengthening the tendons in the body or developing better flexibility and controlled motion?

These ideas by themselves are formless. The patterns you train are what give form to the formless.

If we want the mind to accept it, we have to get the body to learn it. Afterwards, it will assimilate into your movement catalog.

Forms are meant to communicate, created to encapsulate and share the information the originator deemed important, such as the methods of defense they've found helpful in their region/time or their preferred training methodology.

Anybody who has been in a relationship can attest to the following statement: communication is one thing, comprehension is another. To truly begin learning a form, you must immerse yourself in what it is trying to convey.

If you are working self-defense tactics, envision the attacker standing and moving around you. Engage your senses and see their limbs, reactions, emotions, where their weight is focused, and even the sights and smells of the environment you are fighting in.

If you are training for health, heighten your internal awareness. Keep your mind focused on how full your breaths are, relaxing the areas of your body prone to tightness, and untethering your mind from anything unnecessary for the moment.

If you are a tournament competitor, envision the emotion you want driving your performance. See in your head the confidence you project to the onlookers, the clean lines of movement your strikes make, and the energy you are ready to unleash.

See it. Believe it. Give it form.