Pro Point 3: Bourelly and George to Clash in Main Event 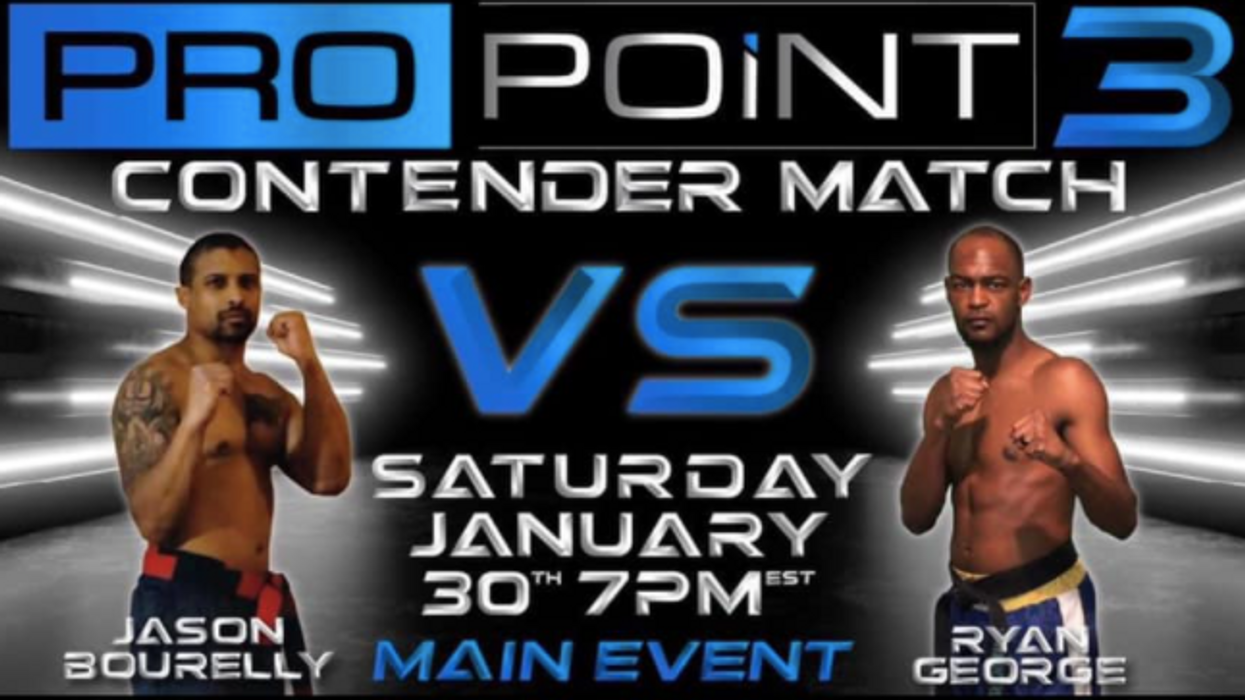 Due to a previous commitment, Pro Point 2 champion Jack Felton of Team All Stars is unavailable to take on Team Straight Up's Bailey Murphy, the Lightweight Point Fighting Champion of the Black Belt Magazine World Sport Karate Rankings, at Pro Point 3. Instead, point fighting fans will get to enjoy an exciting matchup between strong contenders Jason Bourelly of Team KTOC and Ryan George of Team Dojo Elite - Power.

George and Bourelly will both be seeking vengeance in the Pro Point arena, as both men placed runner-up to the likes of Murphy and Felton at the first two Pro Point events, respectively. Bourelly is a veteran point fighter who will have an advantage in experience, but George is the younger, more explosive fighter who will be looking to best Bourelly with his speed and athleticism.

As if the main event wasn't enough, Pro Point 3 will also feature another eight-man tournament, reminiscent of their previous events. The bracket features a great deal of star power including the #2 ranked heavyweight point fighting contender in the world by the Black Belt Magazine Rankings Kevin Walker of Team All Stars, Kristhian Rivas of Team Legend, Brandon Ballou of Team Straight Up, and Devin Hopper of Team Dojo Elite - Power. The rest of the roster for the event features a mix of established veterans and promising up-and-comers including Justin Johnson, Niko Negron, Henry Ruiz, and Michael Reyes. With this much depth, it is nearly impossible to predict what will happen when all of this talent goes to battle.

Tune in on Saturday, January 30th at 7:00 PM EST for an action-packed evening of point fighting entertainment on OSS TV.