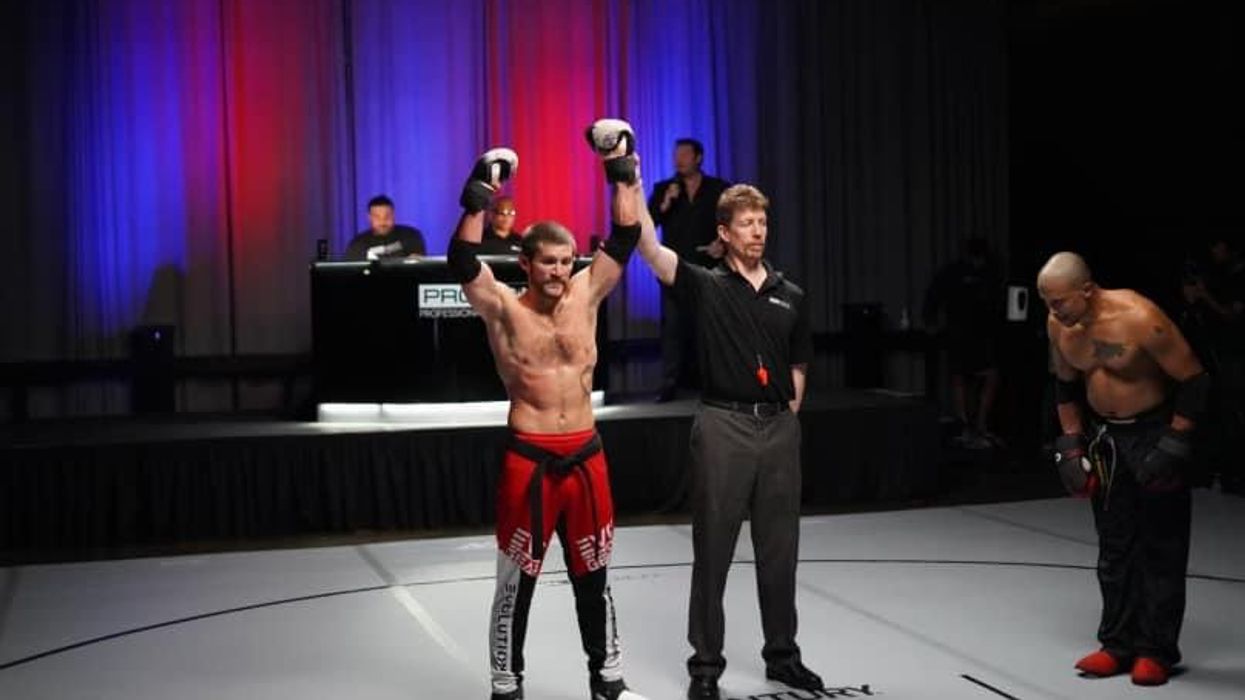 The second Pro Point event featured an eight man 160-169 lbs. tournament that showcased some of the best fighters in sport karate.

On Saturday, December 12th, Pro Point introduced their second promotion with the intention of crowing a 160-169 lbs. champion who will take on Bailey Murphy on January 30th to claim a unified title. The bracket featured eight world class point fighters who were hungry to assert themselves as some of the best lightweights in the world. Keep reading to find out what carved Jack Felton's route to the title.

The first match of the evening saw Luis Nunez of Venezuela take on the legendary Jason Bourelly of Team KTOC. Bourelly used an array of striking combinations to secure victory and advance to the semifinals. Then came a closely-contested match between Romani Alicea of Team Straight Up and Zain Pedraza of Team Dojo Elite - Power. Both fighters put their skills on full display to conclude the match in a majority draw. However, the victor was decided by total points scored and several hard shots delivered by Alicea seemingly gave him the edge and sent him to the next round.

The bracket continued with the #2 lightweight contender in the world, according to the Black Belt Magazine Rankings, Jack Felton of Team All Stars as he took on Ronald Zabala out of Millennium Martial Arts in Miami, Florida. Zabala was impressive in the match, not looking outclassed and even landing a few clean head kicks on Felton. In the end, Felton's technical skill and fight IQ was simply too much as he advanced to the semifinals. The last match of the quarterfinals saw Team Straight Up's Brandon Ballou duke it out with Jalen Lazenby of Atlanta, Georgia. Their showdown started off close, but Ballou pulled away in the second round under the guidance of legendary coach Joe Greenhalgh.

The first semifinal matchup featured Jason Bourelly and Romani Alicea. Alicea was the aggressor in this match and seemingly had Bourelly on his heels. Bourelly bounced back in the second round to keep the fight close, and notched a two-point sweep technique that swung the momentum in his favor. It would all come down to the judges' scorecards, where many believed that Alicea would be named the victor. However, it seems that the two-point sweep by Bourelly was enough to put him over the top as his hand was raised to move him into the finals.

The second semifinal bout saw the odds-on favorite Jack Felton match up with Brandon Ballou, one of the physically toughest fighters in the sport, in what would ultimately earn Fight of the Night honors. The two athletes traded heavy blows throughout the entire match and once again the scoring would reveal a majority draw. The total points scored were used once again to determine the winner and Felton moved to the finals with a 24-20 victory over Ballou.

Despite the tough road that both fighters faced to get there, a final between Bourelly and Felton is the outcome that many fans wanted to see. In the first round, Bourelly landed several solid shots to prove that he belonged in the final match. Felton would not be denied though, as he absorbed the shots from Bourelly and edged ahead with a slight lead going into the second round. The final round of the evening saw the 40-year-old Bourelly begin to fade, and Felton took advantage by blasting him with a gut-wrenching sidekick that forced Bourelly to take an injury timeout. Bourelly was not the same fighter after having the wind knocked out of him and Felton cruised to a hard-fought victory.

Felton's win at Pro Point's second event is a major accomplishment. It sets up an exciting future matchup with Bailey Murphy, the champion from Pro Point 1 who is also ranked as the lightweight point fighting Champion by the Black Belt Magazine Rankings. The two superstars will collide on January 30th, and it is safe to say that the entire sport karate world will be watching.