If Your Prisoner says, “I Can’t Breathe!” 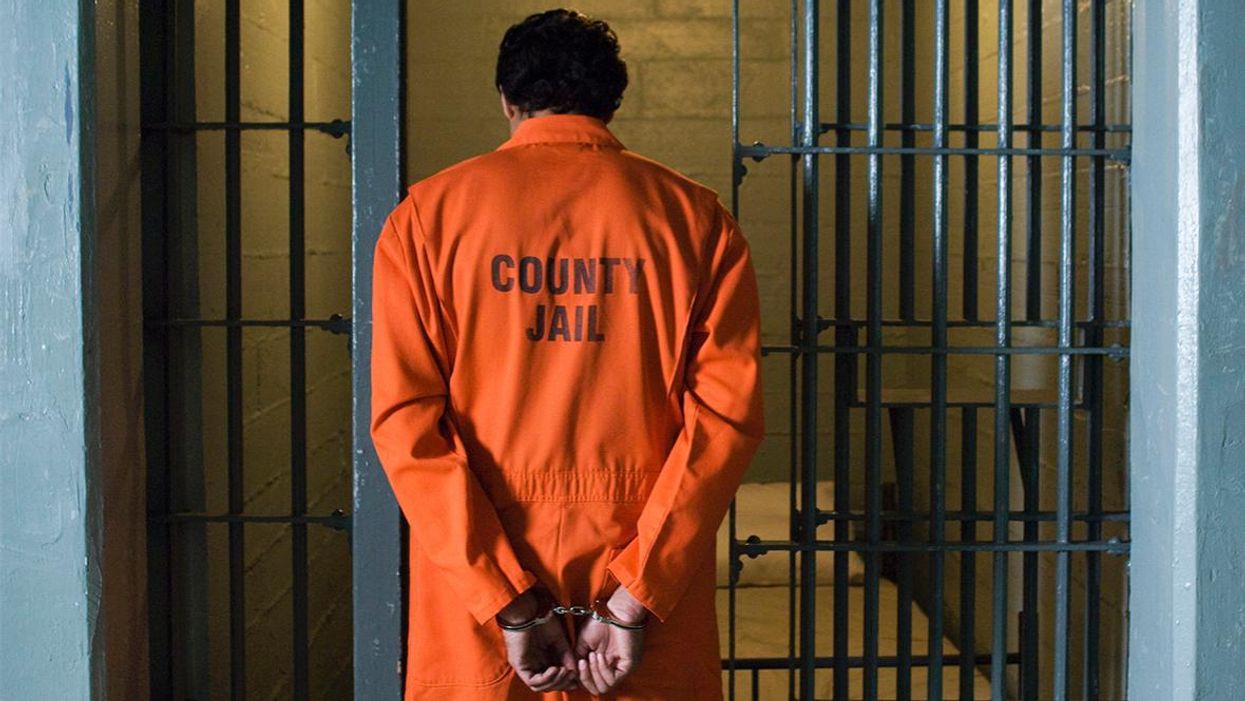 Do you carry a pair of handcuffs with you everywhere you go like the police do? Most martial artists don't.

How then are you going to restrain a violent person or a criminal, whether you're the victim or just helping someone out, until the police arrive? This is a post-conflict situation you must consider, especially in the wake of the arrest and death of George Floyd in 2020 that sparked anti-police riots across the world.

If you must hold somebody down, you probably won't give up your own belt or shoelaces to create an improvised restraining device, especially if the suspect is still struggling. Most likely you'll do what most people would do in the same circumstance, and that is to force the bad guy to the ground and hold him down. If there are others to help you control the suspect, it may end up in a big dog pile with everyone forcing the suspect down with their own weight. It's not just "a knee on the neck" that can get you into trouble.

If the suspect screams out, "Get off me, I can't breathe!" you may think it's just a trick. That's what most martial artists would think. However, whether it's a trick or not, or whether the prisoner complains or not, you must always think of the George Floyd incident and realize that within minutes of forcing someone facedown you could have a dead prisoner on your hands. Regardless of what crime the suspect may have committed, the police are going to charge you with manslaughter, even though you may have been the victim initially or you were just a Good Samaritan helping someone else in trying to keep the bad guy from escaping.

The situation I just described to you, which is all too common, is the phenomenon known as positional asphyxiation or more correctly restraint positional asphyxiation. Such deaths are usually caused by people who are not properly trained in submission holds and arrest & control techniques, but as you are now aware, even by professionals who should know better.

Whether it is a police officer holding down a prisoner or you are making a citizen's arrest, there is a risk of the causing restraint positional asphyxiation to the prisoner if not careful.

Most law enforcement officers around the world are taught about the dangers of positional asphyxiation. I first received my instructions from my police department to prevent this phenomenon back in 1999 when the police community in the United States was first seriously addressing in-custody deaths. I then took the training again in Germany training with the Federal Border Police in 2000 when European agencies were first confronting this universal problem. In 2003, when I first started teaching civilians, I included restraint positional asphyxiation training in my Reality-Based Personal Protection Ground Survival course. Therefore, when I first saw the video footage of Minneapolis Police Officer Derek Chauvin on top of George Floyd for 9 minutes and 29 seconds on May 25, 2020, I said to my wife, "What is that officer's problem? He should know better! This is a classic case of restrain positional asphyxiation!" Even one of the other police officers on scene suggested to Officer Chauvin that the prisoner should be put into a recovery position, which is exactly what you do to prevent an in-custody death.

As tragic as George Floyd's death was, we martial artists can learn a great deal from it to prevent a death in this manner by our own hands. Keep in mind, it doesn't just happen to police officers, but many citizens over the years have made the same mistake when restraining someone, but they just don't make international headlines.

How does restraint positional asphyxiation happen? Put simply, it is a death that occurs when a subject's body position interferes with breathing, or when external force is applied that compounds the problem, and the prisoner cannot get enough oxygen because he or she is unable to correct the lethal position.

Most suspects when they are being held down, either to force submission or prevent escape, are placed in a prone (facedown) position on the ground. The person, or persons, applying the controlling force are usually on top of the suspect. Desired compliance is usually accomplished by putting a knee in the suspect's back (never on the neck), sitting on him, or laying on him with the upper body. The weight being exerted causes compression of the chest and limits the suspect's ability to expand the chest cavity. The suspect's abdominal organs may also be pushed upward into their chest cavity restricting the movement of the diaphragm, and further limiting available space for the lungs to expand. Obesity puts a person at an even higher risk.

The suspect just involved in a fight, or who is still struggling, needs more oxygen to fuel the muscles, including the heart. When the heart does not get enough oxygen, it may begin to beat faster or out of rhythm causing a fatal cardiac dysrhythmia or respiratory arrest. If the suspect is irrational, overly aggressive, or psychotic (such as manic-depressive psychosis or chronic schizophrenia) they increase the potential for falling victim to positional asphyxiation due to a condition known as excited delirium. Drugs in the suspect's system can cause drug-associated acute excited delirium. Under the "right" circumstances a person can die within minutes if symptoms are ignored. George Floyd's autopsy revealed that he had both fentanyl and methamphetamine in his system. Obviously, there was no way for Officer Derek Chauvin to know what substances were in his prisoner's system but based upon George Floyd's behavior prior to his death it should have been assumed that he was under the influence of something, thus making it even more apparent that he should not have been facedown on the asphalt once the handcuffs were placed on him.

My German students here are being carefully supervised by me to make sure that the "prisoner" (the student forced facedown) learns what it feels like to experience the symptoms of restraint positional asphyxiation, and yet keeping the experience from developing into the real thing.

If you ever find yourself holding down a suspect, some of the warning signs of restraint positional asphyxiation will be when the suspect:

Other primary risk factors that will speed up the dangerous process:

Once you have a suspect under control you must take steps to prevent the suspect from suffocating. If you happen to be a part of a group holding someone down you must be the voice of reason and tell the group, "Have you ever heard of restraint positional asphyxiation? Do you want to be responsible for this guy's death?" People tend to be more responsible when they hear those kinds of words.

Someone in the arresting group must be "the voice of reason" who warns the others, "Put him into a recovery position." Ignorance of the law is never a valid excuse for doing wrong.

The life-saving step is to get the suspect to lie on his side or to sit him up if you properly restrain his hands. Keep in mind that prisoners have died simply by being tied up or handcuffed and in a facedown with nobody on top of them. It is the facedown position that is dangerous, and not just applied pressure or weight. Pressure or weight just makes it worse.

To give my self-defense students an appreciation for the dangers of restraint positional asphyxiation I'll have the "prisoner" spar a round or two with an opponent or have them do some strenuous exercises for a few minutes, to induce heavy breathing. Next, I'll have the "suspect" lie facedown while one, two, or three trainers will put their weight on the student's back for 20 to 30 seconds to simulate a citizen's arrest. Of course, I, the instructor, will monitor the "prisoner's" face expression or listen for the command "Cease Fire!" to stop the drill sooner if the student is in distress, at which point I'll have the trainers roll the student on their side so the student can feel the pressure release firsthand. I'll ask the student, "How does this position feel?" and they always say, "Much better." Of course, a prisoner will not die in this recovery position. At least not from restraint positional asphyxiation.

These Canadian students place the "prisoner" into the recovery position, which allows natural breathing. A knee should never be placed on a prisoner's neck, not even for a moment. Although the arresting student to the right in this scenario may have had his knee on the prisoner's neck for a split second, perhaps with no pressure at all being applied when rolling him over, for a single photo doesn't always accurately tell the whole story, it still looks bad if it got posted on social media. Always keep "optics" in mind when in a conflict.

Incorporating restraint positional asphyxiation training into your own curriculum, or at a minimum recognizing the danger signs, may not only save a life one day, but keep you out of legal trouble as well.