Police and Chokes: Do They Mix? 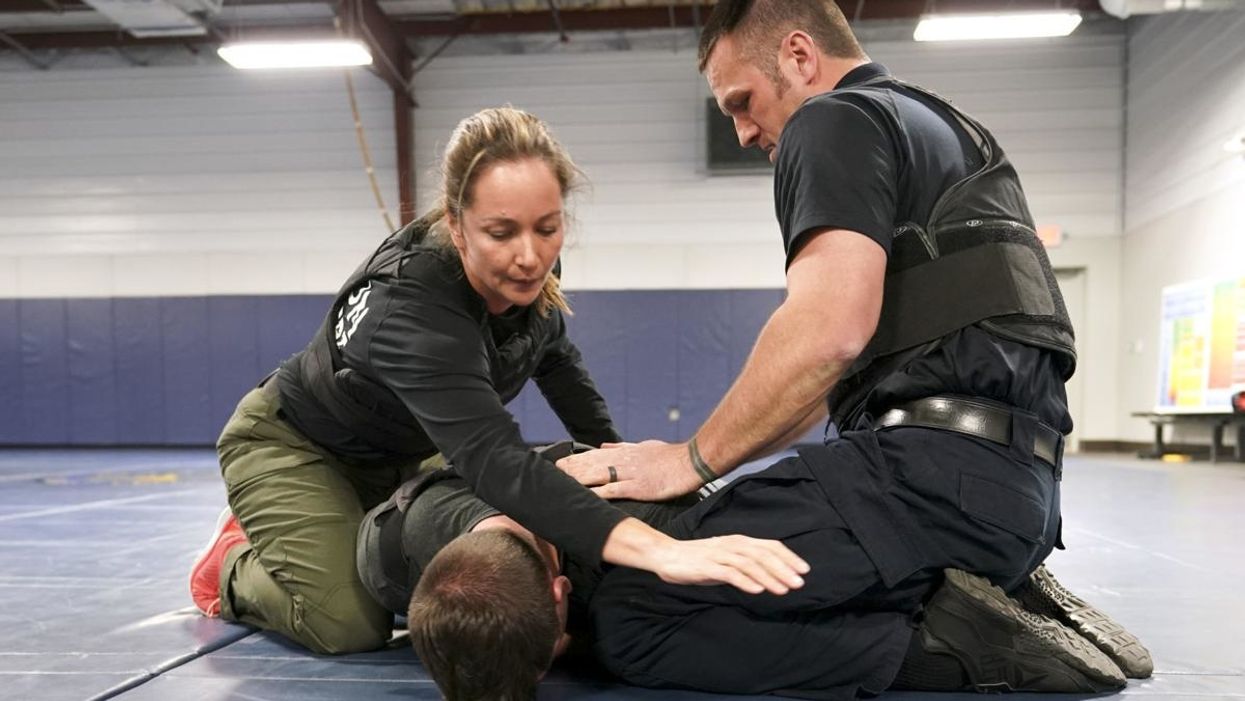 In the current tumult surrounding the use of force by law enforcement officers, one of the most controversial topics is the employment of choke holds. While many police departments across the nation have banned what's now commonly known in martial arts as the "rear naked choke" (a term first coined by "Judo" Gene Lebell more than 60 years ago) some law enforcement agencies continue to use it, at least for the moment.

Statistics from the martial arts world show this hold to be perfectly safe. A survey of judo competitions some years back showed in the whole history of judo, not a single fatality in competition from the use of a choke hold. Modern mixed martial arts and Brazilian jiu-jitsu competitions would seem to bare this out as the hold has been commonly used in those events for decades now with few mishaps.

So why is the hold considered so dangerous for law enforcement use? Excluding the possibility suspects it's applied to might have underlying medical conditions, the main problem appears to be one of training and experience.

Besides the fact martial arts competitions, and often sparring in the dojo, have referees to stop the action when someone falls unconscious from a choke, the competitors are usually experienced enough to realize when their opponent has lost consciousness and release their grip. But the vast majority of police officers are lacking in the sort of rudimentary training even a white belt receives in just a couple of months at most grappling schools. The majority of police academies mandate 40 hours or less of hand-to-hand combat training, only a fraction of which is probably devoted to practicing a rear naked choke. A few minutes of practice is simply not enough time to learn, let alone master, the intricacies of any martial arts technique.

By way of example, I first learned how to do a proper rear naked choke more than 25 years ago from a teacher of a style then called "shootfighting" a type of proto-MMA. This was before there was a UFC and grappling was still a niche area of martial arts practiced by only a handful of enthusiasts. I had been shown the hold prior to this but didn't really feel I had it down very well. So the instructor told me to grab the only other person present in the gym at the time, a student named Andre, and do it on him.

No more experienced than I was, Andre was one of the older students at the school and because of that, was always looking to prove himself. This usually took the form of refusing to tap out (not a wise decision as his martial arts career abruptly ended when he refused to tap to a shoulder lock and got his shoulder ripped apart).

Anyway, we started on the ground with me behind Andre and I got my hooks in, locked in the choke and arched back. I squeezed as hard as I could but there was no tap so I let go and asked my teacher what I was doing wrong.

"Nothing," he said. "He's just being stupid and not tapping out."

So we resumed our places and I again locked in the choke hold, arching all the way back with it. After a few moments I saw Andre's arm come up like he was about to tap out but then he lowered it as if he'd changed his mind. It was at about this point I thought I heard him trying to say something but it came out like a strange gurgling noise. But since he hadn't tapped, I continued to squeeze his neck as hard as I could.

"He's out," I heard the instructor say calmly from the side of the mat.

With Andre's weight laying directly on top of me as I choked him it felt to me, with my novice's experience, like he was still resisting. So I kept the choke on.

"You can let him go now, he's out," the teacher said again.

I finally released the hold and watched in wonder as Andre's limp form rolled off me and lay motionless on the mat. His eyes were rolled all the way back in his head.

My first thought was, "Oh my God, I killed him!"

I looked at the instructor and asked what we should do. He said not to worry, they usually wake up on their own in a few seconds. There was then some discussion of taking Andre's money and clothing and leaving outside in the alley naked. But before we reached that point, Andre awoke asking what happened.

"You didn't tap and got choked out, dumb ass!" was the answer he got.

Since then I've applied many choke holds - and had them applied to me - without incident because I understood through experience what to look for. And with a reasonable level of grappling experience, law enforcement officers would probably be capable of applying the hold just as well. But without that level of experience, and with no referee or instructor present to tell them to let go, such holds can easily become deadly weapons. So it would seem the solution is simply to ban them.

However, perhaps a better solution is to improve the amount and level of hand-to-hand combat instruction to police officers so they can apply safe techniques safely.
From Your Site Articles
Related Articles Around the Web