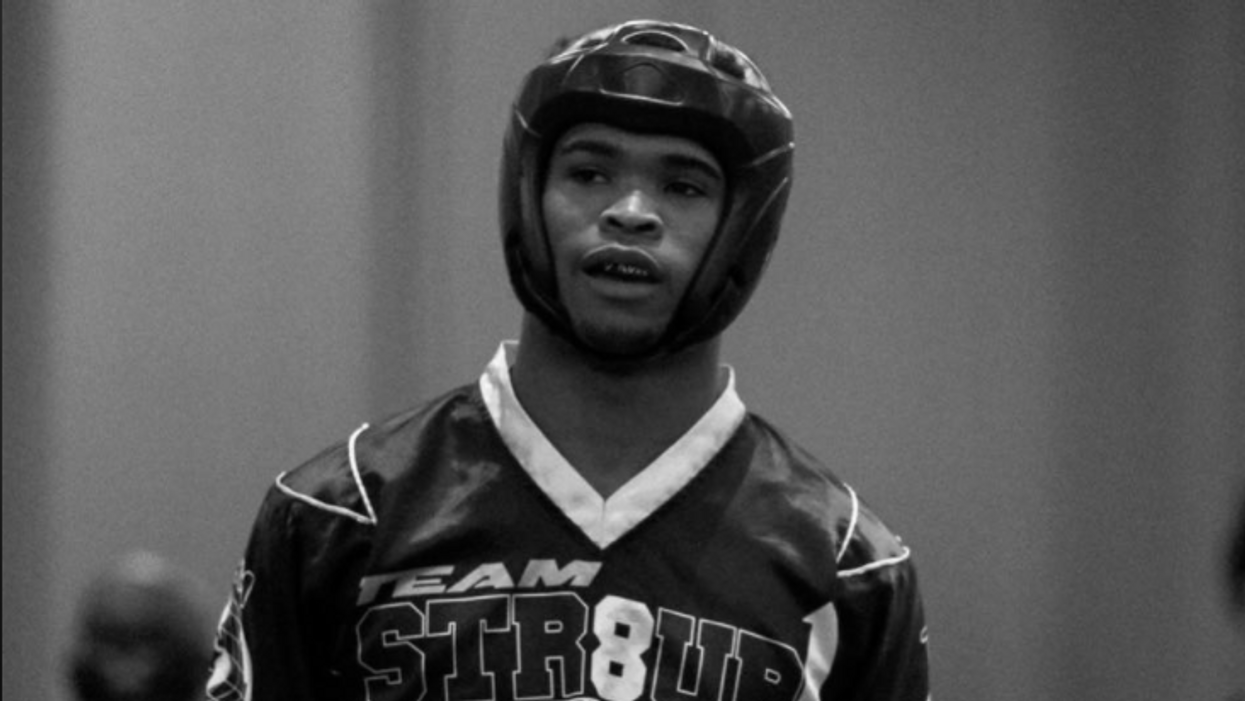 Pro Point, a new professional point fighting promotion, was back in action on Saturday night for the main event of their lightweight bracket and it did not disappoint.

After John Curatolo advanced to the seeded bracket on Friday night, it was time for the stars to shine in the main event. Although superstar Bailey Murphy would ultimately bring home the title, it was certainly not an easy task as he had to defeat some of the world's best point fighters to get there. Keep reading for results and analysis of the entire main card.

The event was off to a hot start with Team Gipsy's Chad Cannon vs Enrique Letona of Team Top Ten USA. Cannon was aggressive early in the match and appeared to get the best of Letona on a few clashes, but Letona answered with a hook kick and defensive side kick late in round one. In the second and final round, Letona picked up the pace and pressured Cannon. Cannon answered the call with a beautiful striking combination and Letona responded with a hook kick to the head. A few more clashes brought the fight to a close and Letona took the win by split decision.

In the next quarterfinal bout, Team Legend's Kristhian Rivas vs Ryan George of Team Dojo Elite - Power, both fighters put their impressive reach on display with a ton of action early in the match. George appeared to take the lead with some very sharp hand combinations, but Rivas turned on the offense at the end of the round in an attempt to even the score. George, who is typically known for his kicking, seemingly used his leg as a decoy in round two and continued his hand combination-led attack. Once again, Rivas answered at the end of the round with a great step-in. However, it was too little too late for Rivas and George would move on via split decision.

The next fight was Team KTOC's wildcard bracket winner John Curatolo vs Robbie Lavoie of Team All Stars. Curatolo began the match with the solid counter striking that led him to victory Friday night. Lavoie responded with a faster first step and seemed to score on a few consecutive blitz techniques. As the fight entered round two, Curatolo began looking for his favorite side kick and Lavoie started working the fakes more. Lavoie used his timing to land a big overhand left, but unfortunately the fighters' heads collided and left Curatolo with a cut above his eye. Curatolo was able to finish the fight and Lavoie walked away with a split decision victory.

The last quarterfinal match saw Team Straight Up's Bailey Murphy vs Blake Spence of Team Top Ten USA. Murphy exploded off the line to start the match and continued to overpower his opponent with his hands while Spence tried to get his kicking game going. Murphy continued to check Spence's leg very well through round one and landed several old-school reverse punches. Spence's coach Ray Thompson, father of Stephen "Wonderboy" Thompson, made some good adjustments going into round two and Spence was able to land a pair of head kicks. One of these head kicks earned him a "Kick of the Night" cash bonus from promoter Josh Horwege. However, Murphy's movement, athleticism, and blitzing was too much to overcome and he would move on with the evening's first unanimous decision.

The semifinals opened with Ryan George vs Enrique Letona, the very first matchup between these talented athletes. Both fighters put their kicking skills to the test early, until George drew first blood with a solid hand combination. Letona responded with a round kick to the head, and George fired back with a few more powerful punching combinations. Round two opened with another kicking attempt from Letona, just to be met with a hard counter right hand from George. George then used an impressive spinning kick combination to set up yet another punching onslaught. Letona scored a late side kick to the body, but it was not enough and George took the win with two judges calling the match in his favor while the third judge called a draw.

The most anticipated fight of the evening came in the second semifinal as sport karate fans got to witness Bailey Murphy vs Robbie Lavoie for the first time. The match opened with a strategic approach of fakes and kicking from both opponents. World-class speed was evident on both sides with several close clashes, but Murphy seemed to get the best of Lavoie on a blasting reverse punch and defensive side kick in round one. Lavoie was more aggressive in round two and Murphy used this to his advantage as he scored a beautiful side kick to jump-spinning back kick combination that was reminiscent of Raymond Daniels. Lavoie, an all-time great lightweight fighter, continued to fight back and appeared to get the best of a few clashes late in the match. Ultimately, the younger Murphy outscored the savvy veteran and advanced to the finals with another unanimous decision.

The final bout would be Ryan George vs Bailey Murphy for all the marbles. The match looked like a heavyweight boxing championship in the early going as both fighters exchanged powerful punching combinations. These exchanges continued for the majority of the first round until Murphy clipped George with a huge overhand left that brought George to his knee and seemed to daze him. The heavy hitting carried over into the second round and George highlighted his efforts with a big hook kick that appeared to score. Murphy extinguished the potential momentum swing with back-to-back blitzes that put him in control late in the fight. Both fighters looked exhausted at the end of their sixth total round of competitive point fighting, but these warriors continued to push until the final bell and earned the "Fight of the Night" bonus. When it was all said and done, Murphy took his third consecutive unanimous decision victory of the evening and became the inaugural lightweight champion of Pro Point. As if that wasn't enough, Murphy gained another accolade at the end of the broadcast by being awarded the "Technique of the Night" bonus for his aforementioned highlight-reel kick in the semifinals.

In conclusion, Murphy used Pro Point's first event as an opportunity to continue making his case as one of the top fighters on the planet. The Pro Point team did an excellent job of organizing a professional event with world-class fighters, and they are already planning heavyweight and women's events to take place in the near future. For more news and updates about Pro Point and other professional sport karate promotions, stay tuned to Black Belt Magazine.