Pencak Silat Expert Gets MMA Smackdown, Regroups, Comes Back Even Stronger With His Martial Art! 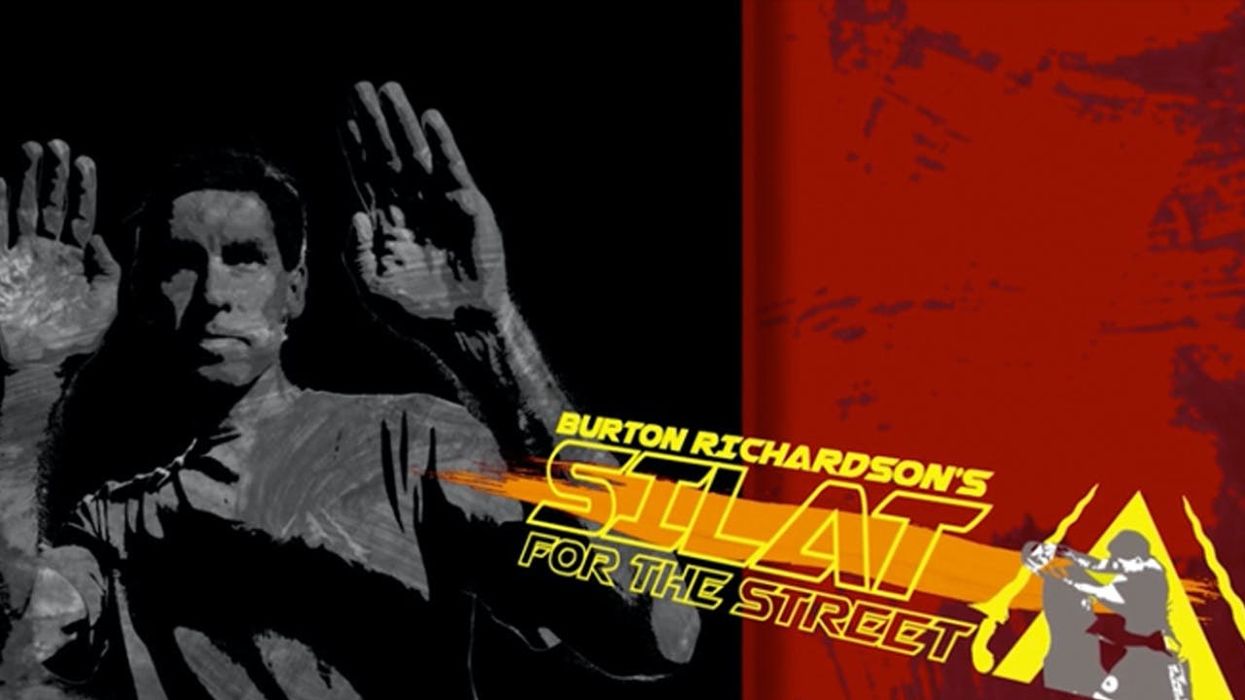 Can exposure to MMA lead to practical updates to a traditional martial art? Can it make a martial artist more capable of defending himself? Burton Richardson says the answer to both questions is yes!

Example: I couldn't break my opponent's posture sufficiently to execute a good sweep or takedown. It was frustrating because I knew firsthand how effective silat takedowns could be. I'd used them against resisting opponents many times, but MMA was a different world. The grappler's base was just too stable, and I couldn't do the head tilt because my opponent's neck was often too strong. To make matters worse, I found that my stance was vulnerable to wrestling takedowns.

Burton Richardson teamed up with Black Belt mag to make Silat for the Street, a new online course that teaches the best fighting moves of the Southeast Asian art. Click here to learn how you can start streaming it to your smartphone, tablet or computer now!

After months of trial and error — mostly error — I decided to set aside my silat skills. It was a sad and difficult decision, to be sure. I enjoyed being known as a silat fighter, but the truth had to come first. My goal in life was, and still is, to be the most effective martial artist possible and then to pass along my knowledge of functional skill development to my students. Silat wasn't working, so I had to move on.

I began investing the majority of my energy in MMA and Brazilian jiu-jitsu while still maintaining my roots in kali, jeet kune do and muay Thai. The No. 1 lesson I learned during this period was that a person's training method is paramount. You must contest against a resisting opponent or you'll never be able to apply your techniques against a real aggressor.

This proved so important that I coined a phrase: “If you want to learn how to fight, you must practice fighting against someone who is fighting back." The martial arts are that simple. As John Machado, one of my BJJ instructors, says, “No sparring, no miracles."

Ten years later, I was the owner of a BJJ black belt who had coached top fighters for matches in the UFC and various grappling events, but something was missing. Although I'd immersed myself in the fight sports for a decade, it dawned on me that I was neglecting the street-fighting facet of the martial arts. Yes, MMA definitely worked, but when there are no rules governing the combatants, you often need something more.

My remedy was to put groin strikes, throat grabs and simulated eye attacks back into my sparring sessions. My partners and I trained with resistance — of course, while keeping safety at the forefront of our workouts. And things changed again.

While sparring with a longtime training partner, I made a move in the clinch. He countered, and I countered back before flowing into a silat technique. Hmm.

A few days later, I found myself in the clinch again. He effected a counter to my arm-drag attempt, and that left him open to a cross-arm trap. Another silat success! An hour before it occurred, I would have told anyone that the cross-arm trap is great for movies but nearly impossible to use against a real fighter — but I had just pulled it off. In subsequent sparring sessions, I got it again with other training partners. What was happening?

Analysis: Most silat techniques work well in the clinch. Typically, a practitioner makes a strong entry with a strike and, once his opponent is stunned, moves directly to a takedown. If the strike doesn't have the desired effect, the silat stylist will remain in the clinch and likely resort to additional striking. Meanwhile, the opponent is striking, as well. If the silat stylist has good clinch-fighting skills, however, he can nullify the strikes while looking for an opportunity to unleash his next blow or set up a throw. The key to all this? Proficiency in the clinch.

To get to the clinch when your opponent is a street fighter who's throwing wild punches is one thing. To do so safely when your opponent is an MMA fighter is quite another. You need kickboxing skills because a trained mixed martial artist is difficult to approach unless you possess solid strikes and tactics.

Because MMA practitioners also are likely to be skilled wrestlers, anyone who intends to use silat as a base should work on takedown defense. It requires lots of experience to deal with the power, suddenness and penetration of a strong wrestler — which is where sparring with a resisting partner comes in.

If your aim is to use a silat off-balancing technique in the clinch, you can increase your chance of success by using any number of street tactics. For instance, you can maneuver into position to grab his throat, then lift to make him rise onto his toes. Or you can slap him in the groin to cause him to bend forward — he usually will, even if he's wearing protection. The best part is, such tactics can be practiced safely in sparring sessions, which is the optimal way to gain experience against an opponent who's fighting back.

Sparring has been removed from most of the silat that's taught in the West because it was deemed too dangerous for modern society. But MMA is flourishing, and martial artists now have access to protective equipment that enables them to spar safely. Each of my silat instructors engaged in real fights while learning the art in Indonesia, and that experience gave them the ability to apply their knowledge against resisting opponents intent on doing them harm. If you want to be able to use an art like silat in a chaotic situation, you must train in an environment that mimics the street as much as possible, and that's no-holds-barred fighting.

Yes, learning the techniques and then practicing them with precision is important, but training with resistance is even more crucial if your goal is self-defense proficiency. It's the single best way to make silat — or any other traditional martial art — functional in the MMA era. You need to be able to ensure that your techniques work against a mixed martial artist because nowadays there are lots of people, both good and bad, who have experience in this form of fighting.

Burton Richardson was Black Belt's 2015 Self-Defense Instructor of the Year. Click this link for more information about his online course Silat for the Street, in which he teaches techniques from the Indonesian martial art that he's deemed effective for modern combat.