Pan Qing Fu: The Story of the Man With the Toughest Knuckles in the Martial Arts 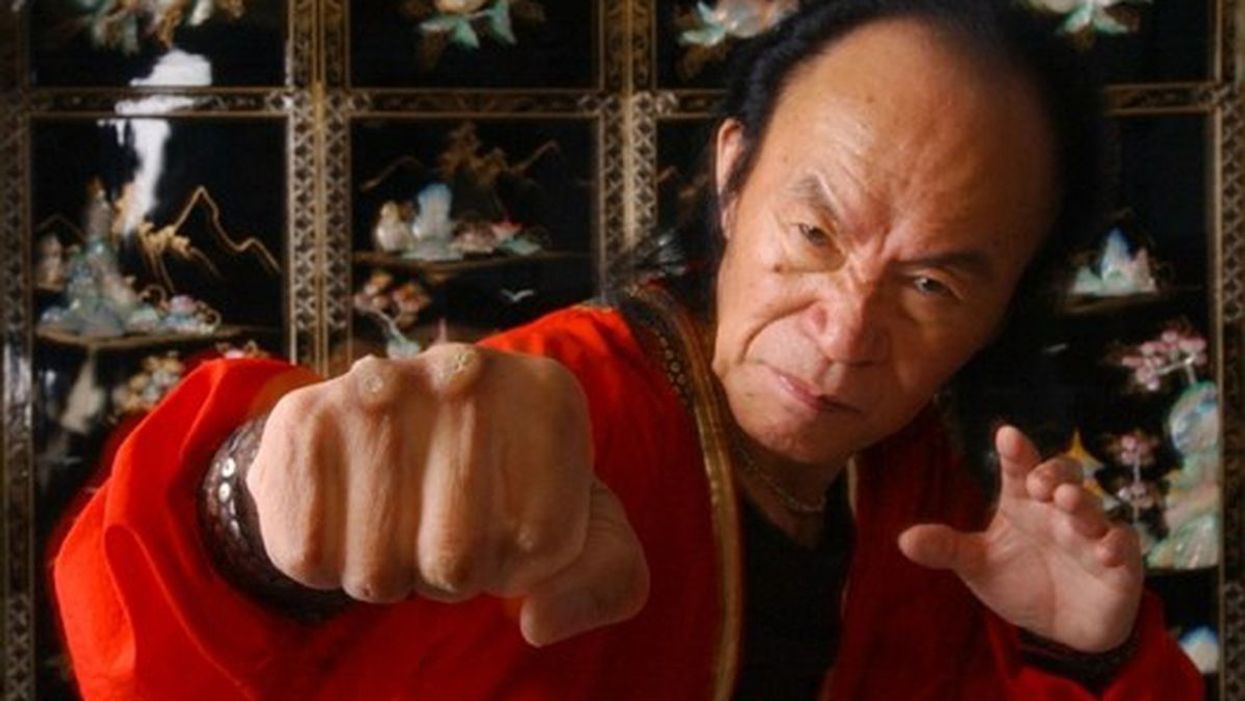 Read the story of Master Pan, the real-life practitioner of iron-fist training who co-starred in Iron and Silk, as well as 1982's The Shaolin Temple and several other action films.

By the time Pan Qing Fu was 30 years old, he'd attained what many would consider legendary status in the martial arts. It all started when he was orphaned at age 6. The young Pan found himself living in a crime-ridden area of rural China. Needing to protect his younger brothers and sisters, he turned to the Buddhist principles and martial arts techniques developed at the famed Shaolin Temple of Henan province.

It wasn't long before Pan was nicknamed “Shao Lohu Fu," which means “Small Tiger," because of the skill and aggressiveness he displayed in his martial arts studies. Pan, who is now proficient in 20 different styles of kung fu, eventually studied with 15 masters of the Chinese fighting arts. He won the Chinese National Championships and earned himself a place on the martial arts team of his province.

His experiences as a student and competitor soon led him to the role of instructor. Pan Qing Fu ended up teaching the martial arts at three Chinese universities. He then became the head coach of the national team of the People's Republic of China. He'd made himself one of his country's most respected martial artists.

Pan Qing Fu's martial arts specialty was the iron fist. He often could be seen smashing his fists into surfaces of varying hardness — including iron — as many as 1,000 times a day. He quickly developed the callused knuckles that are the hallmark of iron-fist training.

His amazing abilities earned him a reputation for being “tougher than nails." While he knew many combat techniques, the iron fist was the method no opponent could counter. With a single punch, anyone he hit would be knocked unconscious. He's said to have never seen the need to use more than 30 percent of his power in any confrontation. Consequently, many interested students sought him out for private lessons.

Even the Chinese police approached Pan Qing Fu and asked him to teach his iron-fist methods to officers. Because of increasing outbreaks of violence and the growing influence of gangs, handguns had been banned in China. Thus, the police were in need of an efficient and effective martial art for officers to use to defend themselves and apprehend criminals.

Soon after the training regimen Pan Qing Fu developed for the police department was put into effect, 23 gang leaders were captured and brought to justice. Pan Qing Fu even rounded up some of them single-handedly.

Pan Qing Fu has practiced the iron-fist methods for many decades now. He says it's a system that Chinese monks developed to not only harden the body but also to focus the mind and intensify the chi (internal energy). For that reason, it's still valuable in the 21st century, he insists.

In the early 1990s, a portion of Pan Qing Fu's life story was captured on film in Iron and Silk, a cult classic based on Mark Salzman's book of the same name. Pan played himself in the film, which tells the story of Mark Salzman, a graduate of Yale University who traveled to China in search of kung fu instruction.

Mark Salzman happened to meet “Teacher Pan," then lobbied to become one of the master's disciples. Salzman was eventually accepted, and when he returned to the United States, he brought back some of the best kung fu empty-hand and weapons skills the West had seen in years.

Pan Qing Fu other movie credits include serving as fight choreographer, weapons choreographer and actor (he played a villain) on the set of Jet Li's The Shaolin Temple, as well as starring in the 1992 release Talons of the Eagle with Billy Blanks and Last to Surrender with professional-wrestler-turned-actor Roddy Piper.

Pan was also featured prominently in a Discovery Channel martial arts documentary titled Secrets of the Warrior's Power, which was first broadcast in 1997. Around the same time, he was inducted into the Black Belt Hall of Fame as Weapons Instructor of the Year.

These days, Pan Qing Fu, who is said to have mastered more than 65 traditional Chinese weapons, focuses on teaching weapons forms to his students in Ontario, Canada. Two of his specialties are the long army lance and the spear. He serves as head coach of the Canadian Chinese Martial Arts Federation and travels the world conducting weapons seminars and sharing his expertise.

This article first appeared in the 1997 Black Belt Yearbook.