Sensei – The Origin and Meaning  of the Word 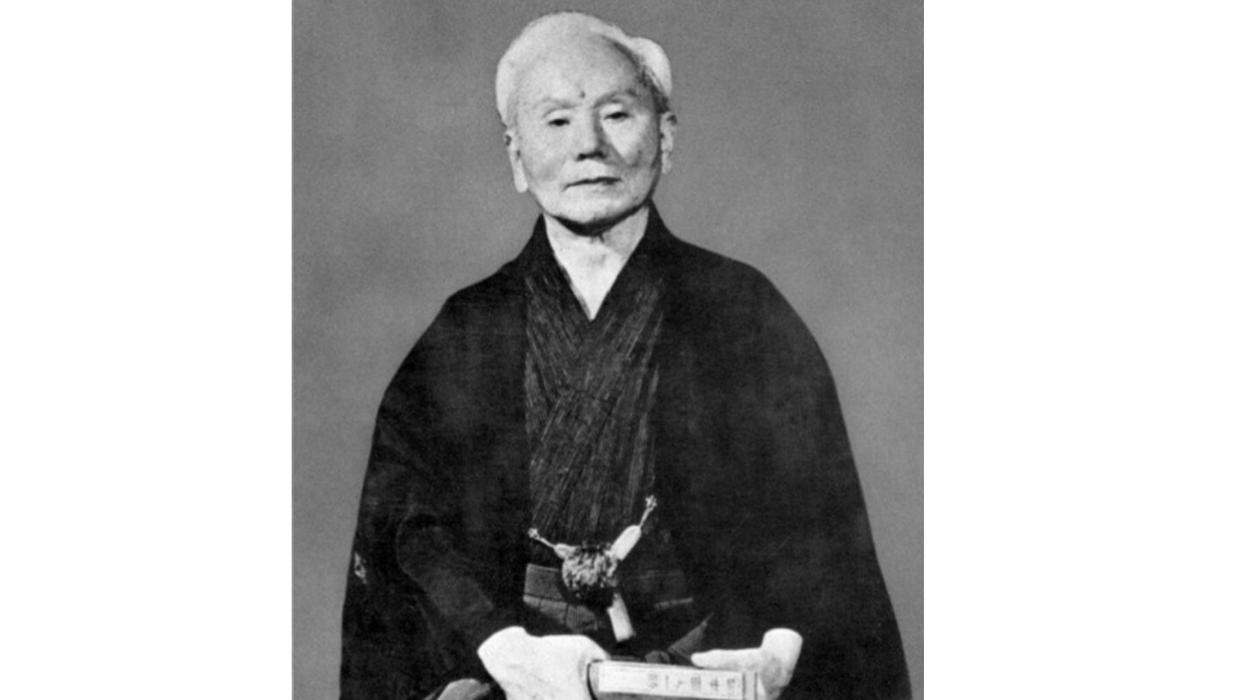 In various martial arts there are different names for the titles of some master ranks In the following text I am going to mention and explain some of the most popular ones.

One of the most common and famous words in the martial arts that indicates a specific title is certainly the word sensei.

The Japanese word sensei is composed of two words; Sen - before and sei – life.

The word sensei is a newer word, and it began to be used in Japan at the beginning of 1960 (word is generally known and accepted ), first in martial arts (about 1945-1950 in ju-jutsu, judo, aikido, karate) and later in1968 (first time included in the Japanese dictionary) the word began to be used as a term of respect, and then indicating the title for a variety of learned men. Thus the name of sensei is now used as a title for teachers but also for doctors, pharmacists, lawyers, engineers, journalists as well as for many other learned and respected professions. The word, as well as the title - sensei, is often associated with Zen philosophy. In Zen Buddhism it is assumed that a person who knows life and has a lot of life experience, has a feeling as if reborn.

The word sen-sei, comes from the Indian word sen-an (sen ani), which was used as a name for the leader (the person who was acting as a leader or as a warrior leader) of the Indian caste of noblemen warriors - kshatriyas.

Their main feature was the ability to lead, ie. to be the leader of other members of that noble warrior caste. They were expected to show great courage, stamina, sense of justice, generosity, good diplomacy, as well as a desire to protect the weaker, either of injustice or death. Persons who bore such a title had to be ready, if necessary, to sacrifice their lives in defense of their subordinates. They were expected to show exceptional loyalty to their subordinates, too.

The caste of kshatriyas was slowly gone in the Middle Ages, and it was replaced by the Rajput caste. The Japanese name for the warrior kshatriya caste was Setsuri, and acceptance of some of their principles in Japan later resulted in the phenomenon of the famous warriors - Samurai.

The word sen-an spread over India to China, and from China it was gradually transferred to Korea and Japan. Also the word gradually began to change (different pronunciation and titles), and as the word altered itself, so its meaning did the same .

The word sen-an in China gradually changed into the word senfan (sienfan), and also its meaning slowly changed, and from the title of the wartime leader, it became the title for a person who is skilled in martial arts and teaches others in one of them.

In China itself, in martial arts, there were other names for people who taught others. The most common name for such people was Sifu (Cantonese) or Shifu (Mandarin Chinese) .

The meaning of the word would be, an old man who has a great knowledge and experience in martial arts, and teaches us like a father.

Also, the Japanese sometimes use the title Sosai, which is used as a name for the presidents of some large companies, ambassadors, and directors - generals of certain large organizations, and even of martial ones (for example - Sosai Oyama).

There is also a title in martial arts Sempai, which is awarded to the older and more experienced students, who is also an assistant teacher.

In China, there is a martial arts title Shi, usually connected to the masters of martial arts from the Shaolin Temple, which indicates not only the great master of martial arts, but also a teacher of Zen philosophy. The very title of Shi has its stronghold in the name of the province ie. the name of the forest - Shao shi, where the Shaolin Temple is situated. The Chinese sometimes use the title of Shihan for a master who has attained the highest level of learning (as well as in martial arts as in Zen philosophy). It is often used in Japan, too.

The title that is closest in meaning to the words sen-an is the one which is used in Korea for the masters of martial arts - Tae kwon do, and its name is suseung-nim. It is given to a great master. The more commonly known title is sonseang-nim and it means the person who is a general master (war leader) and a great connoisseur of martial arts.

There is also the title O'Sensei, used out of respect for a particularly great teacher and master of martial arts like the creator of Aikido, Morihei Ueshiba.

The word, the title O'Sensei, is usually translated as - a great teacher.

A similar word in the martial arts is the title Soke, which is given out of respect for the person ie.the master who is the founder of a particular martial style.

The meaning of the title of sensei, was best described by a Japanese martial artist Shigeru Egami (1912 -1981) in his famous dictum.

"Not every Sensei is a master and not every master is Sensei."

This saying became more recognized and popular when it was repeated in the book "The Book of Ki," by the famous Japanese master of martial arts (ju-jutsu, judo, aikido) Koichi Tohei (1920-2011).

Nowadays there are lots of those who present themselves as sensei, as well as those who would like to be one. Also, there are those people who are called sensei by others (sometimes out of respect for those persons, although mostly not knowing the meaning of the title sensei).

The title sensei requires the master's hard and lengthy work, good knowledge of martial arts, as well as a certain correct way of transferring his life experience to his disciples. The title sensei is not acquired with the Dan rank.

All that use the title of sensei should know that the true sensei does not seek and recruit his students - even their followers, but they themselves find him.

In adition, when the connoisseur of martial arts enters any hall (dojo) in which Eastern martial arts are practised, he bows showing honour and respect to sensei (sifu) as well as to a certain martial art. Such a bow in the martial arts is best known under the Japanese title - sensei ni rei (Greeting to the teacher)

Sometimes at the same time in the hall (dojo) there are more highly ranked and recognized masters of certain or different martial arts, exercising together but, then only one of them is sensei, although there can even be more sensei or sifu masters in the hall. He then leads their exercise and takes on the role of the leaders so that all the other martial artists (regardless of their level of mastery) should listen and respect him.

However, none of the previously mentioned titles in martial arts, literally means a teacher, the term is most often used as translation of specific titles. Sensei - the leader and the person who guides us through life, because he knows it well and also has a lot of life experience, Sifu (Shifu) - an old man with extensive knowledge and experience that teaches us as a father, Sonseang - nim – a general master, a wartime leader, Guru - the person who takes us on the spiritual path .

To translate the name of these titles, with the word - teacher, is very simplified and distorted, and at least incomplete as the meaning of certain title.

Today many martial arts (skills) apply the name and title - coach or instructor. The title - Master or Grand Master is often used, too.

Some of the masters use even two titles, such as sifu shi or Master Sensei, although there are no real reasons for it. It would be the same case with a person who has obtained different degrees in a few different martial styles - the dan ranks; when introducing himself he gives the highest rank (for example, a person who has gained the title 3rd dan judo, 4th dan aikido and 5th dan karate, presents himself as a master of 5th dan) .

Some practitioners think they will automatically become sensei when they get some master rank, such as 3rd dan, but it is not so. Also, there are many coachs (instructors) who have the characteristic of a good sensei, as there are those masters who present themselves as the sensei, but they do not have the necessary qualities, nor the quality of such a large and demanding title like - sensei .

There are masters of different martial arts, that consider that the term sensei should be used for a person who is a guardian and admirer of tradition martial skills.

In some martial arts like Muay thai or Brazilian jiu jitsu, the titles of masters are not used, although these skills emerged on the basis of skills that use the titles such as shifu and sensei.

All in all, it can be said that the word and title sensei in martial arts, can not be translated simply as a teacher, because the title sensei, has a much broader meaning.