Press Release: 1 Out of 100 Film by Willie Johnson 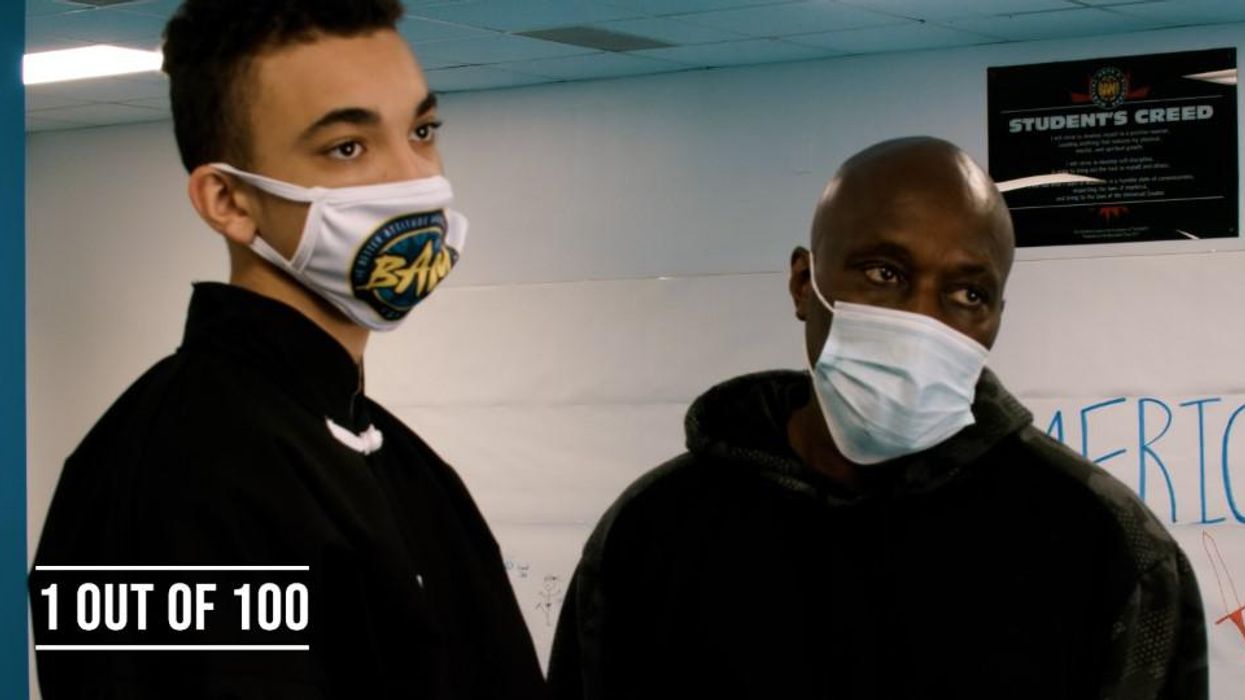 Official Release: Willie "The BAM" Johnson, the seven-time Karate and Kung-Fu world champion and two-time All-American champion is introducing a new film. The film, entitled 1 Out of 100 is written by Mr. Johnson.

The 1 Out of 100 mindset is all about that extra little effort that puts you ahead of the 99% that decides to rest or quit. Under the most devastating obstacles and setbacks more powerful than COVID-19, which is the negative self-talk that lives inside of all of us. This is what is shown throughout this film, a film based on real-life events and is a coming-of-age project that will spiral a movement to change the next generation and beyond.

The characters in this film show a commitment to a daily grind to achieve internal success that equals external consistent growth. The discovery of faith through the battle of the unknown is truly remarkable and once again based upon real-life events. The movement that is taking place as a result of this film is so important to the empowerment of the next generation finding simple martial arts tools called Point MMA 37 Skills, entrepreneurship, leadership skills to achieve success and control their destiny.

1 Out of 100 is a story set in the backdrop of Baltimore City and Laurel Maryland, showing the hidden richness of structured martial arts activities. Point MMA Crazy Athletics, a complete system of personal development for mind, body and spirit, is a unique program developed in the heart of Baltimore which has spread throughout the world teaching millions of people. To start, 100 scholarships that will go out will impact Baltimore City, Prince George's Count, California, Florida and many other cities. We will then move to achieving 1000 scholarships and licensing well over 1000 teenagers and young adults to be coaches and mentors in this program. We are asking you to step up to this call of action for every program purchase we will be able to give a program away to any kid, teenager or young adult that qualifies.

We believe this historical completion of a full-length sports drama showcasing realistic challenges for youth and adults during COVID-19 is a must see. We believe that a day should be recognized in honor of The BAMS 1 Out of 100 film competition day and mindset to inspire others to reach whole new highs. The movie was completed with practically no budget, other than $2,500 with 50% being donated by Robert Wallace of Bithgroup Technologies in Baltimore City (he was a candidate for mayor in 2020). Robert Parham, one of the most sought-after independent film directors, united with Willie "The BAM" Johnson, Kimber Johnson and a team of other filmmakers from around the world in order to complete this heartfelt film, to inspire many with a sense of hope and empowerment from the inside out after dealing with the devastation of COVID-19.

Part two is currently in the works and we are seeking funding and support as post-production for part one is happening now. Any type of donation or support is welcome. This is a once in a lifetime opportunity to show the world unity, love, peace and harmony in a commitment to empowering the next generation with key Point MMA 37 Skills. The format for this program in the mindset of 1 Out of 100 is already laid out. It should be emulated and implemented throughout our country.