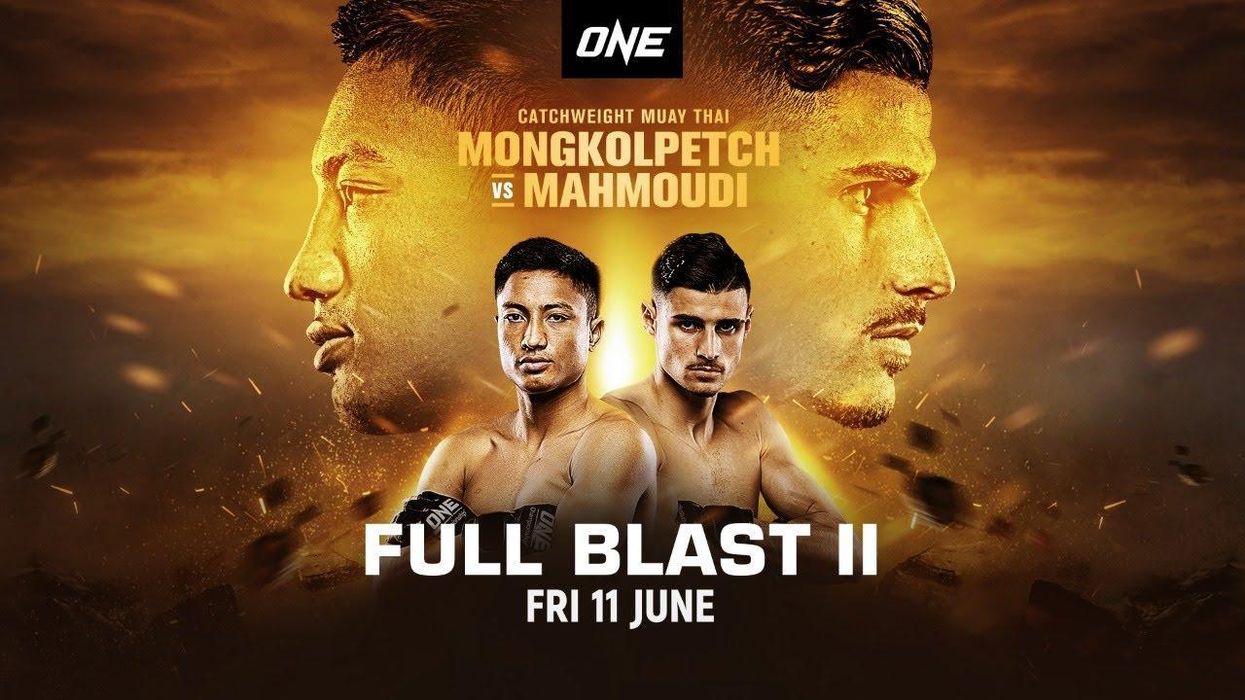 On Friday, June 11, ONE Championship brings a four-bout slate to the masses with a previously recorded event entitled ONE: Full Blast II.

Atop the card will be a catchweight Muay Thai affair sure to excite as talented strikers Mongkolpetch Petchyindee Academy and Elias "The Sniper" Mahmoudi square off inside the ONE Circle.

Mongkolpetch has been perfect under ONE's bright lights on the global stage. He has picked up three victories over Alexi Serepisos, Joseph Lasiri, and Sok Thy in that order. A win over Mahmoudi would only serve to bolster his standing in ONE Super Series flyweight action.

For the French-Algerian, it is a match that could not only thrust him back into the title picture as the #4-ranked flyweight in the world, but he could level the score against Petchyindee Academy as a team.

Mahmoudi dropped a technical decision against Petchdam Petchyindee Academy following a debut win over Yukinori Ogasawara. As one of the world's elite athletes, that would only make his return even better. Seven months later, Mahmoudi scored a decision win over Lerdsila to re-establish himself in the division.

Two world-class competitors will shine at ONE: Full Blast II in the evening's main event, and you will not want to miss it.

Enjoy this look at each man's road to this pivotal main event battle in a matchup that is sure to provide fans with red-hot action. One man will leave victorious, ready to take another step closer toward the top of the sport.

Mongkolpetch vs. Elias Mahmoudi | Road To ONE: FULL BLAST II