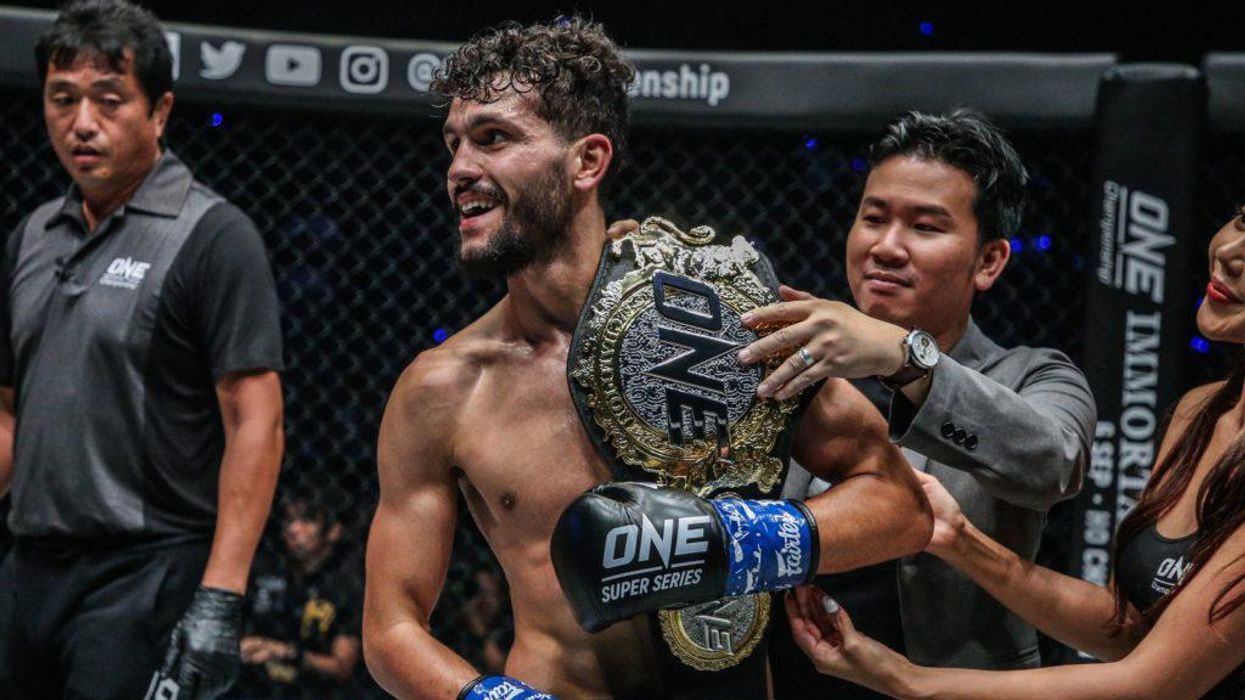 ONE Championship returned to Singapore on Friday, February 26, to cap off the month of February with a stacked night of ONE Super Series action and the debut of a new Hawaiian prodigy at ONE: Fists Of Fury.

Ilias Ennahachi defended his ONE Flyweight Kickboxing World Championship against Superlek Kiatmoo9 in the main event while Victoria Lee made her highly anticipated debut to kick-off the show. And striking superstars Giorgio Petrosyan and Rodtang Jitmuangnon helped line the card.

Miss any of the action? Here is your ONE: Fists Of Fury recap.

The ONE Flyweight Kickboxing World Championship went all five rounds and each round was filled with superior kickboxing technique. Ilias Ennahachi started strongly with movement and counter shots. However, Superlek changed course and started to come forward with his trademark kicking game. The razor-thin battle went to the scorecards, and it was the champion who did just enough to retain.

In the co-main event, Giorgio Petrosyan put in a workmanlike performance against Davit Kiria in their rematch to take down a unanimous decision. "The Doctor" tested the waters in the first minute, but soon started to up the output and shined the rest of the way. Kiria showed himself well, but could not break through the defense of the Italian master.

Tagir Khalilov defied expectations and put forth an exciting and competitive contest against Rodtang Jitmuangnon. "The Iron Man" took a split decision victory home, but the knockout that was expected never came. Khalilov had successes, but the aggressiveness and power from Rodtang won the day.

Hiroki Akimoto and Zhang Chenglong ran it back in a crucial bantamweight kickboxing contender's bout, and it was the Japanese striker who got the better of the action. Akimoto edged Zhang in each of the three rounds to earn a unanimous decision in The Lion City.

American Jackie Buntan outworked Wondergirl Fairtex through three rounds to collect a unanimous decision victory. It was all Buntan after a first-round knockdown following a crushing left hook by the Boxing Works representative. Buntan puts herself at the top of the strawweight Muay Thai division.

The debut of Victoria Lee saw the 16-year-old wunderkind take home a second-round submission finish. After a dominant first round, Lee got the action to the mat in a hurry in the second round. She slipped her arm under the chin and squeezed to get the tap without an issue.

ONE: FISTS OF FURY | Fight Highlights