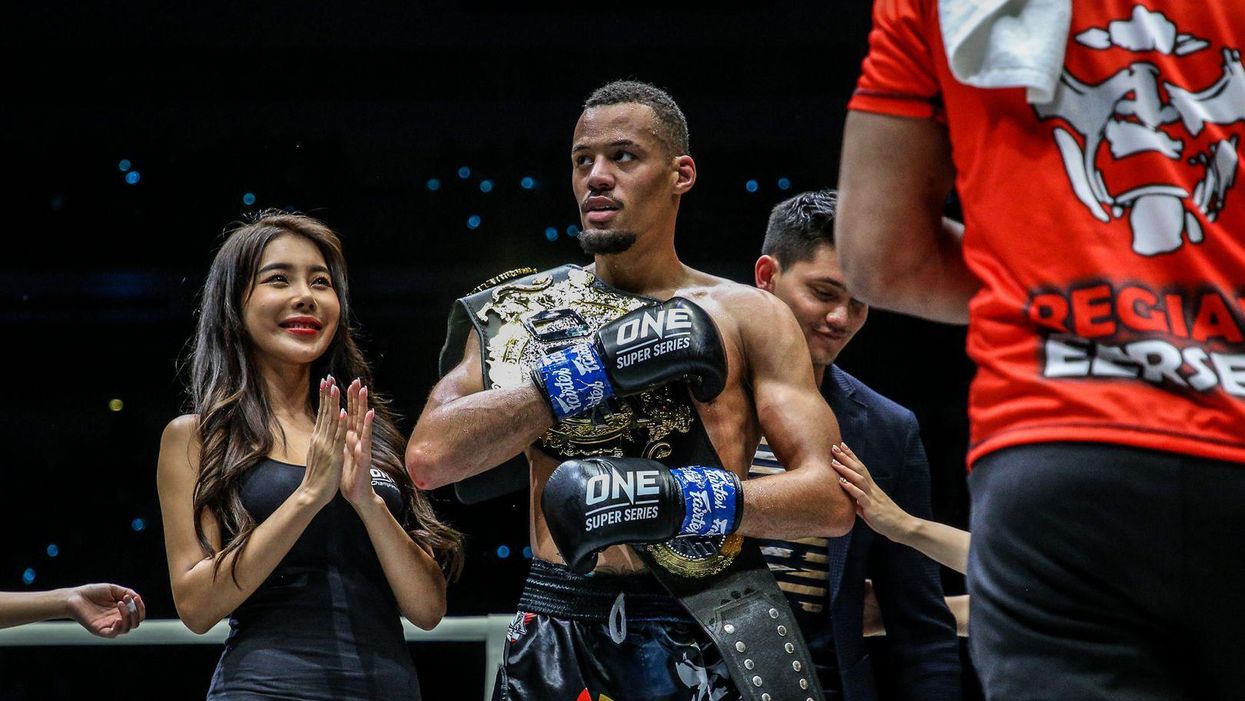 ONE Championship closed out their "Fists Of Fury" event series with ONE: Fists Of Fury III, a previously recorded event, from the Singapore Indoor Stadium.

The six-bout event was capped off by two sensational ONE Super Series contests including a ONE Lightweight Kickboxing World Championship bout between Regian Eersel and Mustapha Haida.

Miss any of the action? Here is a recap of how the six exciting martial arts bouts went down in "The Lion City" on Friday, March 19.

"The Immortal" Regian Eersel would not fall victim to his challenge from Mustapha "Dynamite" Haida in Singapore. The reigning king of the lightweight division moved past his latest challenger with a five-round showcase of his skills.

The Surinamese striker proved he was one of the fastest athletes in ONE with another high output performance. At every turn, Eersel peppered Haida and avoided the heat coming from "Dynamite". Without a scratch on him, "The Immortal" knew he was the victor and got his hand raised after all three judges sided with him after 15 minutes of championship action.

Janet "JT" Todd returned to Muay Thai to potentially lay claim to a World Title shot in her bid to become a two-sport World Champ after a unanimous decision win over Alma Juniku. The match was close through the first three minutes, but Todd's precision and power took over in the final two rounds including dropping Juniku in the second.

There are not many who can survive on the mat against Alex Silva, but Hiroba Minowa not only survived — he won. The Japanese standout athlete showed no fear playing on the ground and found enough offense to edge out the former ONE Strawweight World Champion to pick-up a huge win in the division.

#5-ranked strawweight contender Maira Mazar was upset by Jenelyn Olsim in the most shocking of ways at ONE: Fists Of Fury III. The Filipina submitted the Brazilian Jiu-Jitsu ace in the third round. Olsim made her mark and became an instant threat to Xiong Jing Nan's reign with the victory.

Roshan Mainam kept his streak going with a third-consecutive submission win over Aziz Calim. The battle hit the canvas early and it was all Mainam from that point forward. He effortlessly slipped his arm under the chin and got the tap.

In an exciting opening battle, Hu Yong controlled the action over 15 minutes and picked up a key victory over a rising star in Yodkaikaew Fairtex. The Chinese athlete made a big statement with his dominant performance in the flyweight division.