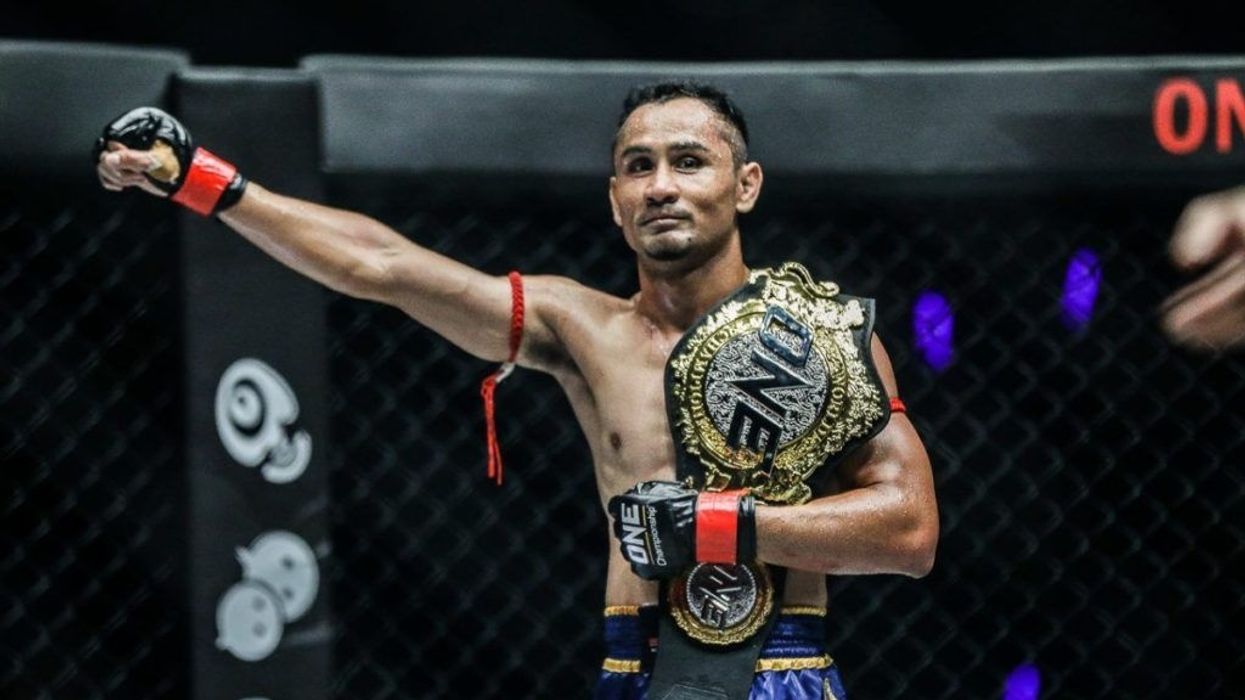 ONE Championship has announced its next main event, and it will be a slugfest for the ONE Strawweight Muay Thai World Championship at ONE: Reign of Dynasties on Friday, October 9.

Reigning champion Sam-A Gaiyanghadao will put his title on the line against the #1-ranked contender in the division, Josh "Timebomb" Tonna.

The two strawweight strikers always seemed to be on a collision course, and the tracks for that course merged in February.

At ONE: Warrior's Code, Tonna put his knees to work with a devastating knockout finish over Andy Howson. The performance moved him to the forefront of the division. Later that month, Sam-A picked up the inaugural ONE Strawweight Muay Thai World Championship against Rocky Ogden at ONE: King of the Jungle.

Now, in his first defense, Sam-A draws the top contender in what is sure to be a thrilling contest.

The Thai star is on a three-bout win streak in ONE Super Series action and is also the ONE Strawweight Kickboxing World Champion after dropping down from flyweight, where he also previously held gold. The two-sport World Champion has shined on the global stage.

Tonna has overcome adversity to reach this opportunity. Can he seize it against the world's best strawweight striker? Only time will tell, but the matchup between the Aussie contender and Thai champion should put every fan on the edge of their seat next month.

It is the kind of contest every martial arts fanatic should tune in to see.

ONE: Reign of Dynasties will air for free via the B/R Live app on October 9.