ONE: A New Breed - Main Event 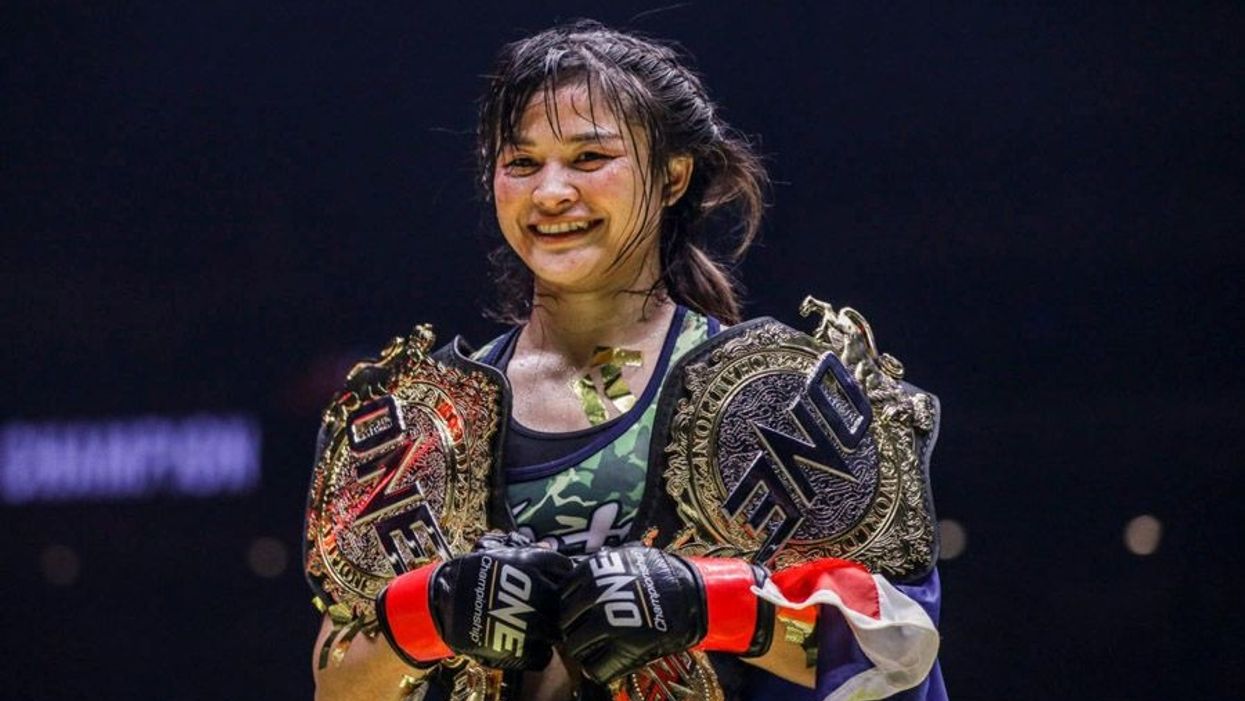 The gold is on the line in the main event of ONE: A New Breed in Bangkok, Thailand, on Friday, August 28. ONE Championship star Stamp Fairtex defends her ONE Atomweight Muay Thai World Championship in the evening's main event.

Awaiting her will be promotional newcomer Allycia Hellen Rodrigues.

Rodrigues posts a 30-5 career record and trains out of Phuket Top Team. The Brazilian contender is part of the developing division that recently saw the signing of Anissa Meksen to the ONE Super Series ranks.

As the division grows, the challenges get steeper for Stamp. However, the Thai star continues to push for ultimate glory and history as a three-sport world champion. To keep that dream alive, she must successfully defend the belt on Friday.

This clash of styles should produce nonstop excitement in the five-round main event.

The pressure will be on the champion, but she has risen to the challenge time and again. Stamp has also had the privilege of being active by competing in a mixed martial arts bout at ONE: No Surrender and coming out victorious.