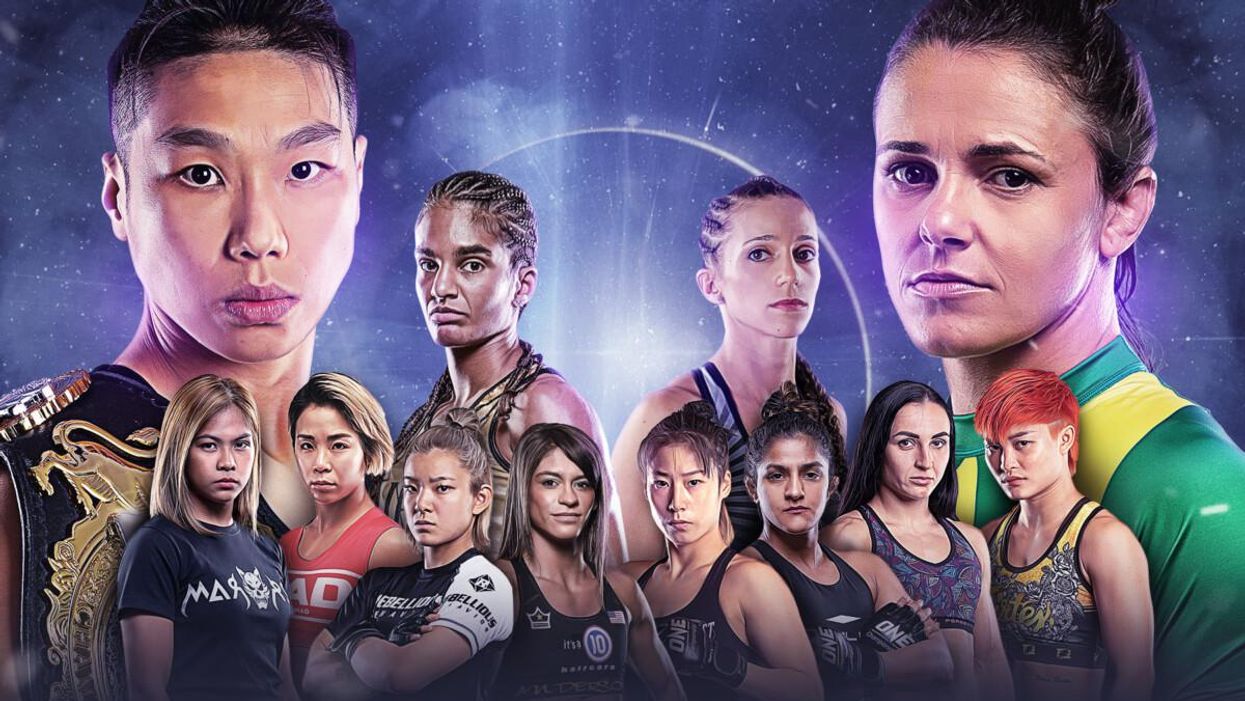 ONE Championship's return to all-live events beginning with ONE: Empower was everything it proclaimed itself to be. The eight-bout event set off fireworks all evening long.

The event marked the beginning of the ONE Atomweight World Grand Prix and was headlined by a ONE Strawweight World Championship main event. In addition, two outstanding ONE Super Series matchups helped to round out the card.

Did you miss any of the action?

Let's return to ONE: Empower and recap the exciting night right here.

"The Panda" Xiong Jing Nan continues her impressive reign as queen after a unanimous decision victory over Michelle Nicolini. The striker vs. grappler matchup played out in that manner, and it was Xiong's ability to keep the action on the feet that allowed her to earn a dominant decision nod.

Nicolini had a few opportunities to impose her game on the Chinese athlete, but Xiong was able to avoid the precarious positions. On the feet, it was no match. The striking was all in Xiong's favor, and she did damage with power shots that sapped the energy of her Brazilian counterpart. A big five-round performance kept Xiong as the only Chinese World Champion in mixed martial arts today.

Itsuki Hirata was the first athlete to punch her ticket to the semifinals with a unanimous decision over Alyse Anderson. However, it was not without its drama. In spite of controlling much of the action with her grappling, Hirata was dropped in the final round. A quick recovery and clinch allowed her to prevent Anderson from capitalizing, and she got the decision.

In the night's most shocking result, Ritu Phogat made an epic comeback to defeat #2-ranked contender Meng Bo. The Chinese star got off to a hot start and nearly finished Phogat with strikes. However, Phogat survived and turned the tide to pick up an outstanding unanimous decision win that moved her to the semifinals.

Stamp Fairtex got her revenge in a razor-thin match against Alyona Rassohyna. The rematch delivered three rounds of excitement, but in the end, it was Stamp who would do just enough to edge by with her striking and improved ground game. The budding rivalry also seems poised for a future third meeting to settle the series.

The co-main event featured #1-contender Denice Zamboanga welcoming the longtime veteran Seo Hee Ham to the Circle. Although the "Lycan Queen" managed to out-grapple Ham in many positions, the South Korean's defense allowed her to avoid much of the offense thrown her way. On the feet, Ham scored enough offense to take the narrow split-decision victory.

ONE Super Series action was not to be outdone. Jackie Buntan showcased her speed and power in a clear decision win over Argentina's Daniela Lopez, and Anissa Meksen made an explosive ONE debut with a second-round TKO victory. Both women showed their world-class skills and thrilled audiences on a night of stacked action.

Ritu Phogat vs. Meng Bo Was A THRILLER 🤯

ONE Women's Strawweight World Champion Xiong Jing Nan put her belt on the line against #2-ranked Michelle Nicolini in the main event of ONE: EMPOWER!#ONEEmpo...

The WILD REMATCH Between Stamp & Rassohyna 😳

Pound-for-pound kickboxing superstar Anissa Meksen stole the show with a KNOCKOUT debut against Spanish warrior Cristina Morales at ONE: EMPOWER!#ONEEmpower ...
From Your Site Articles
Related Articles Around the Web