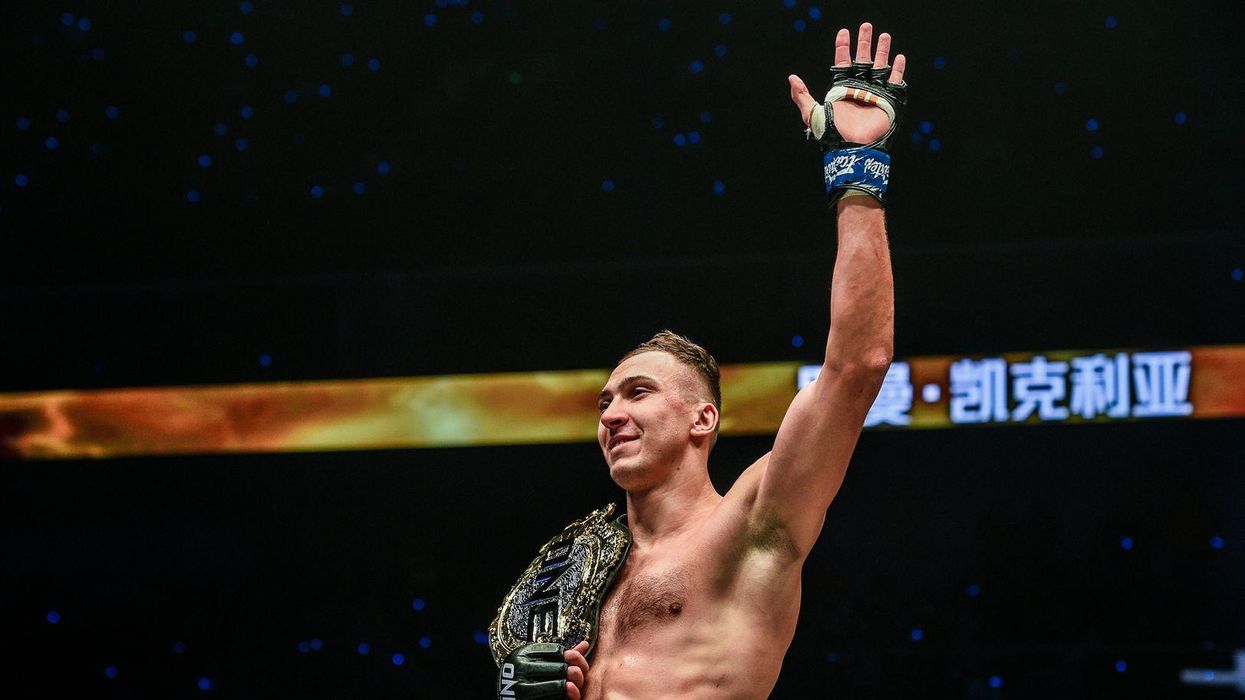 On Friday, December 18, ONE Championship put on a show with ONE: Collision Course in Singapore.

Roman Kryklia and Nong-O Gaiyanghadao defended their ONE Super Series World Championships with four mixed martial arts contests rounding out the slate. The event had a little something for everyone and show world-class martial arts action from start-to-finish.

See how it all went down with the recap of ONE: Collision Course.

Kryklia was an unstoppable force on this night. From the opening bell, Kryklia looked outstanding. He worked the head, body, and legs in each round, finding success everywhere he threw strikes. Stoica's toughness allowed him to stay in the action for all five rounds, but at no point did the reigning king waver. It was a clear-cut performance for the champion who set the tone in his first title defense.

After two solid rounds of work by Rodlek, Nong-O took charge in the third round. As Rodlek attempted to get back into the action by putting the pressure on his Thai counterpart, Nong-O connected with a hammering straight right that put Rodlek down for good. Nong-O continued his undefeated run in ONE Super Series in emphatic fashion.

Former ONE Featherweight World Champion Marat Gafurov picked up a key lightweight victory by knocking off the undefeated Lowen Tynanes. Gafurov's three rounds of work were enough to get the edge as he hopes to become a contender for Christian Lee's belt in 2021.

Yodkaikaew Fairtex also picked up a split decision win as he narrowly defeated Tatsumitsu Wada. Although Wada's grappling was strong, it was Fairtex who did the most damage with his strikes over the three rounds.

Another undefeated fell when #4-ranked bantamweight contender Yusup Saadulaev got the nod from the judge's against Troy Worthen. The American performed excellently, but Saadulaev was just a tiny bit better.

China's Xie Wei stopped the momentum of Chan Rothana with a third-round TKO to announce himself on the flyweight scene in the night's opening bout. Xie's striking was quick and powerful and should be a challenge for everyone in the division.