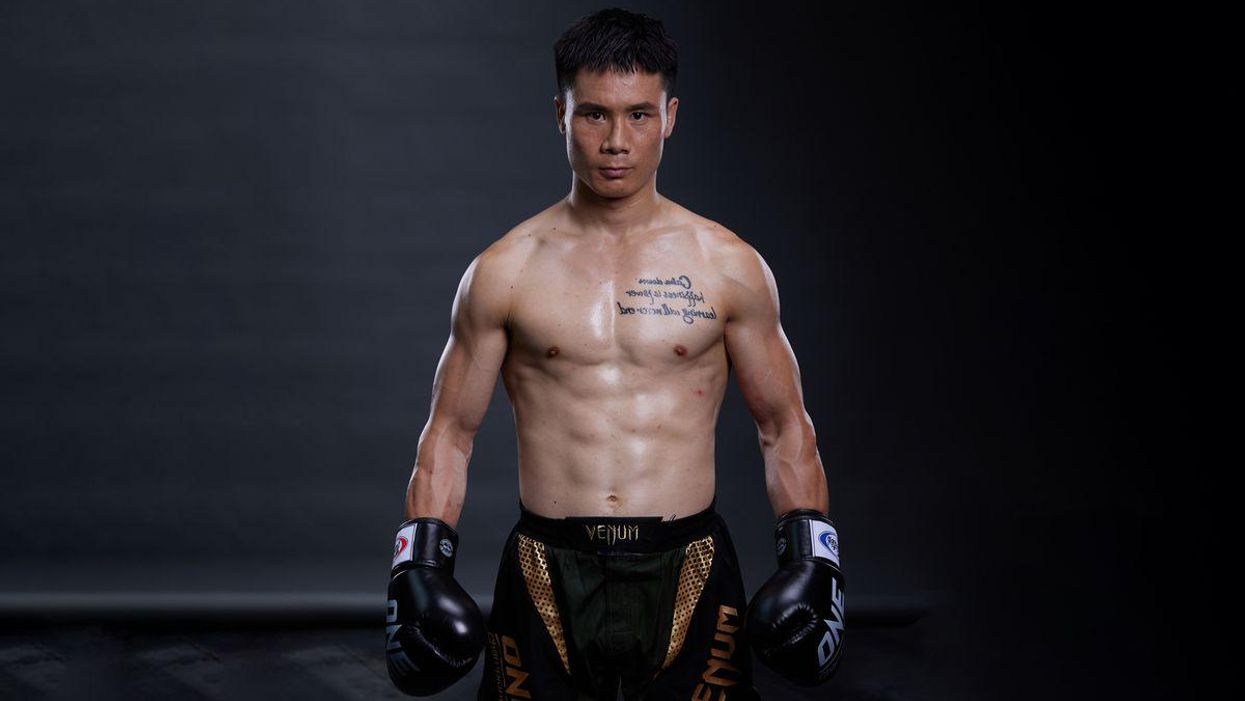 On August 13, ONE Championship's latest entry to the 2021 campaign, ONE: Battleground II, a previously recorded event, aired to the masses with an exciting five-bout, all-mixed martial arts slate.

In the main event, the debuting Zhang Lipeng upended Eduard Folayang to make an immediate statement to all lightweights in the organization that there is a new contender on the scene. How did the match play out? What else transpired inside the Singapore Indoor Stadium? Let's relive the action and recap the night that was at ONE: Battleground II.

Zhang "The Warrior" Lipeng brought the pressure to former ONE Lightweight World Champion Eduard "Landslide" Folayang and took home a unanimous decision victory. His in-your-face style kept Folayang on his heels and allowed him to score crucial takedowns in each round.

Off his back, Folayang was unable to score with much offense. Lipeng knew how to stifle the Filipino's game and did so brilliantly. Lipeng's debut showing inside the Circle proved he's already among the elite in the lightweight division, and another big matchup should await him in the future.

Former ONE Strawweight World Champion Alex "Little Rock" Silva flashed his dangerous ground game over 15 minutes to win a decision against China's Miao Li Tao. The Brazilian defended the honor of Evolve MMA and got back in the win column to keep his name in the mix for the gold.

Indonesia may have a superstar on its hands with Eko Roni Saputra. The streaking flyweight grabbed his fifth-consecutive first-round finish with a crushing KO over Liu Peng Shuai. The 10-second win set a new record in the flyweight division and moves Saputra one step closer to the official ONE athlete rankings.

In the opening contest, Rahul Raju sunk in a rear-naked choke in the second round to pick up a win over Mongolia's Otgonbaatar Nergui. "The Kerala Krusher" had his back against the wall entering the match but shined on the global stage to get an important victory for his fifth career submission.

Thomas Narmo and Alain Ngalani's heavyweight battle went to a no-contest after an accidental strike to the groin left Narmo unable to continue.

Highlights From The BATTLE Between Eduard Folayang & Zhang Lipeng 🔥

Filipino icon Eduard Folayang took on surging Chinese star Zhang Lipeng in a FIERY lightweight mixed martial arts fight in the main event of ONE: BATTLEGROUN...
From Your Site Articles
Related Articles Around the Web