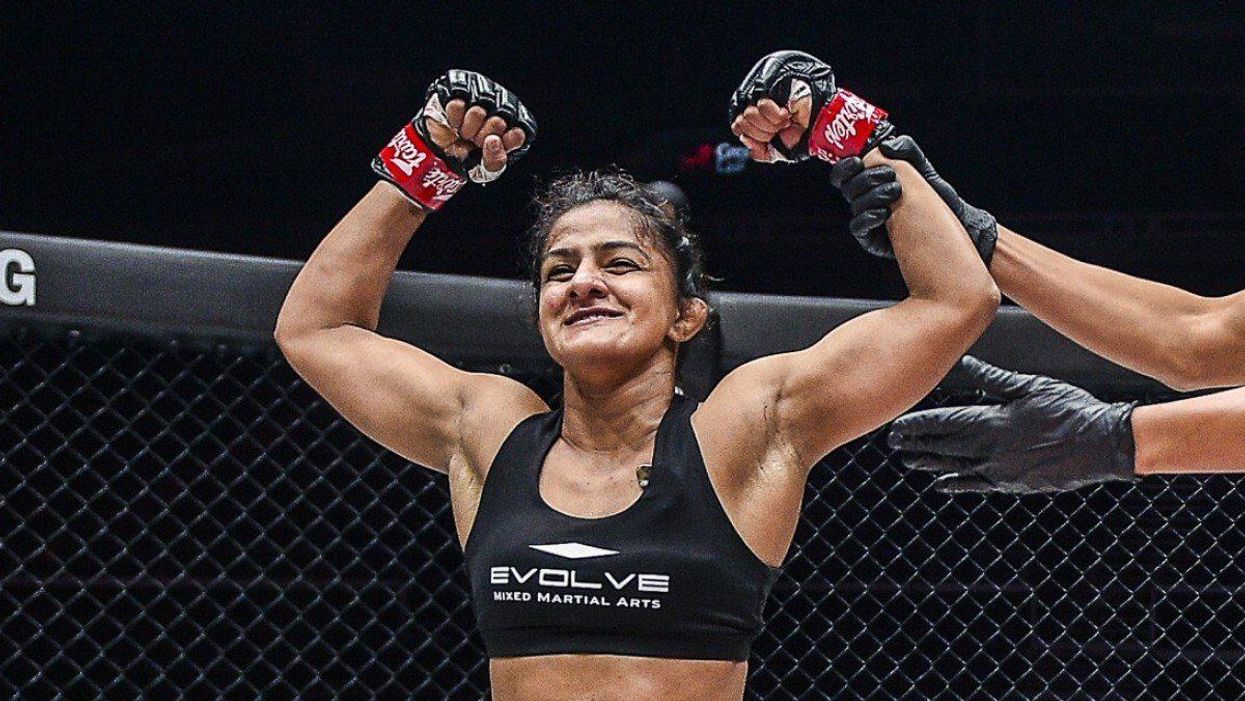 ONE Championship returns on Friday, December 4, with ONE: Big Bang and an important atomweight affair will kick-off the action.

Jomary Torres will take on the undefeated Ritu "The Indian Tigress" Phogat.

Torres has been a staple in the division since 2017. The ever-tough Filipina has tussled with many of the division's top stars in competitive matches. And she will be another step-up in competition for Phogat.

Phogat entered ONE as a highly-touted prospect with an incredible wrestling background. The Evolve MMA-trained athlete has matched and exceeded expectations with dominant performances early in her career. This match marks another move forward in her path toward the ONE Atomweight World Championship.

"The Indian Tigress" has showcased her power and grappling. The striking is a constant evolution, and with each bout, fans are treated to something new from the developing athlete.

But this match is also an important step for Torres. If she can derail the oncoming train that is Phogat, she will reemerge in the thick of the hunt.

Best Of Jomary Torres In ONE Championship www.youtube.com

2021 promises to be a huge year for the division. The depth has continued to show itself, and more contenders are pushing their way forward as potential challengers for the gold. Ending 2020 on a high note, for Torres or Phogat, would be a feather in their cap.

With both women having a point to prove, it is the perfect opening bout for another strong card in Singapore.