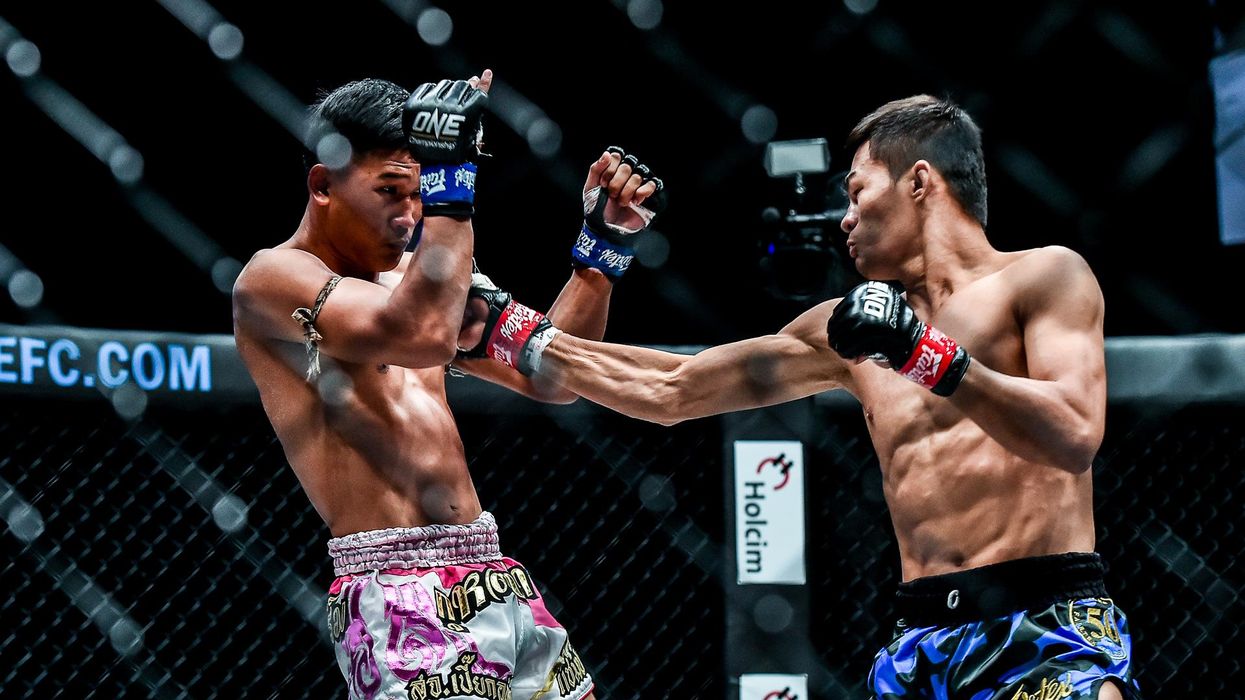 On Saturday, May 28, ONE Championship gave fans a thrilling five-bout event capped off with one of the best knockouts of 2021.

Saemapetch Fairtex and Kulabdam Sor. Jor. Piek Uthai finally met after their initial clash in the ONE Bantamweight Muay Thai Tournament finals failed to occur due to an injury to Saemapetch. The result? Saemapetch landed one of the cleanest body shots anyone will ever see.

Miss the action of ONE: Full Blast? Allow us to recap the action of the exciting martial arts card and provide insight into what went down.

Saemapetch Fairtex had to withdraw from the ONE Bantamweight Muay Thai Tournament finals last year due to injury. Thus, the highly-anticipated match with Kulabdam Sor. Jor. Piek Uthai never happened and left questions hovering over who would have won. After ONE: Full Blast, that has been answered and answered emphatically.

As if a laser directed it, Saemapetch landed a straight left to the body that ended the action swiftly inside the opening round. The victory put a stamp on who is the top contender in the division and may have stoked the fires of a possible rematch with Nong-O Gaiyanghadao for the ONE Bantamweight Muay Thai World Championship.

"The Hunter" Xie Wei lived up to his nickname against Kantharaj "Kannadiga" Agasa as he left him unable to get off of his stool before the third round. Xie hunted Agasa for two rounds and defended the takedown attempts to sap his strength. He stayed in the Indian's face and pelted him with heavy leather at every opportunity. The win keeps Xie on the path to contention as he eyes the ONE Flyweight World Championship.

Santino Verbeek and Miles "The Punisher" Simson went three hard rounds in ONE Super Series kickboxing action. In the end, Simson got the nod in the eyes of the judges. The Dutch-Surinamese athlete closed out the third round with a good combination that may have tipped the scales in a bout that could have gone either way, but the victory makes him the man to beat at welterweight.

Ahmed "The Prince" Faress nearly finished the bout in the second round with a triangle choke, but Edward "The Ferocious" Kelly survived through sheer grit and determination. Although Faress came close to finishing the action, Kelly did enough in the eyes of two of the three judges to earn a split decision win. The closely contested bout put the Filipino back in the win column and showed his toughness once again.

Anthony Do vs. Liang Hui

Do Winner by Submission

Anthony "The Antidote" Do grabbed a second-round submission in his main roster debut over Liang Hui. The ONE Warrior Series alum was taken down but immediately attacked with the submission and locked it up. The debut victory for the American served as a good test of which he passed with flying colors.