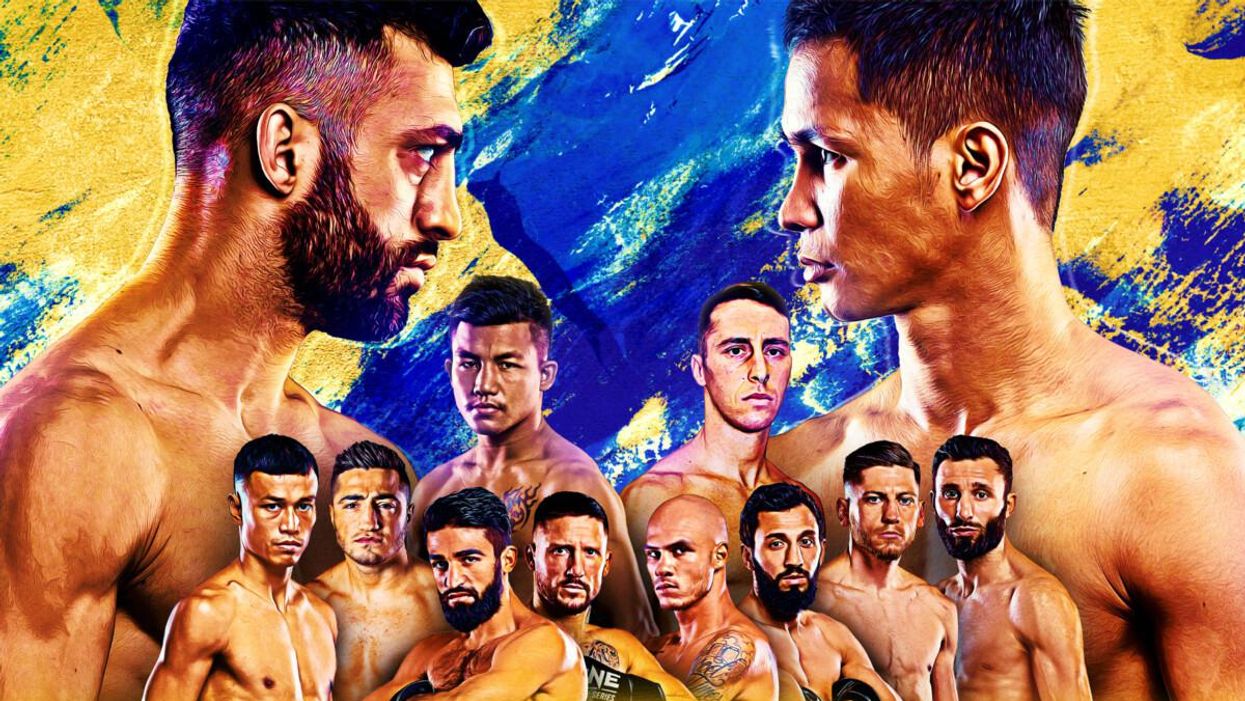 www.onefc.com
The highly-anticipated inaugural ONE Featherweight Kickboxing World Championship is here. ONE Championship announced their latest event, ONE: First Strike, for Friday, October 15, with the newly minted title leading the charge.

ONE Featherweight World Grand Prix Champion Giorgio "The Doctor" Petrosyan will stand opposite #2-ranked Superbon for the gold in what will be a can't-miss spectacular.

Superbon is coming off a victory over Sitthichai "Killer Kid" Sitsongpeenong that moved him into the cat bird's seat alongside Petrosyan. Meanwhile, the Italian has been chomping at the bit for this chance since winning the 2019 ONE Featherweight Kickboxing World Grand Prix.

In the co-main event, flyweight kickboxer Daniel Puertas will sling heavy leather with one of the most exciting strikers on the planet, Rodtang "The Iron Man" Jitmuangnon.

In addition to the gold, the 2021 ONE Featherweight Kickboxing World Grand Prix was announced, which will help spark the division's future with four sensational quarterfinal matches featuring the likes of Marat Grigorian, Andy Souwer, Sitthichai, Samy Sana, and more.

Muay Thai stars will not be left out. Saemapetch Fairtex and Tawanchai PK.Saenchai Muaythaigym will compete as well in a jaw-dropping bantamweight matchup.

ONE: First Strike is loaded with star power. It promises to be one of the most exciting cards of 2021, and you will not want to miss it.

How Giorgio Petrosyan Became “The Doctor” | The Best Of ONE Championship

Giorgio Petrosyan is known for his surgical precision and cerebral approach to picking his opponents apart. Since he was given the moniker, “The Doctor” has ...