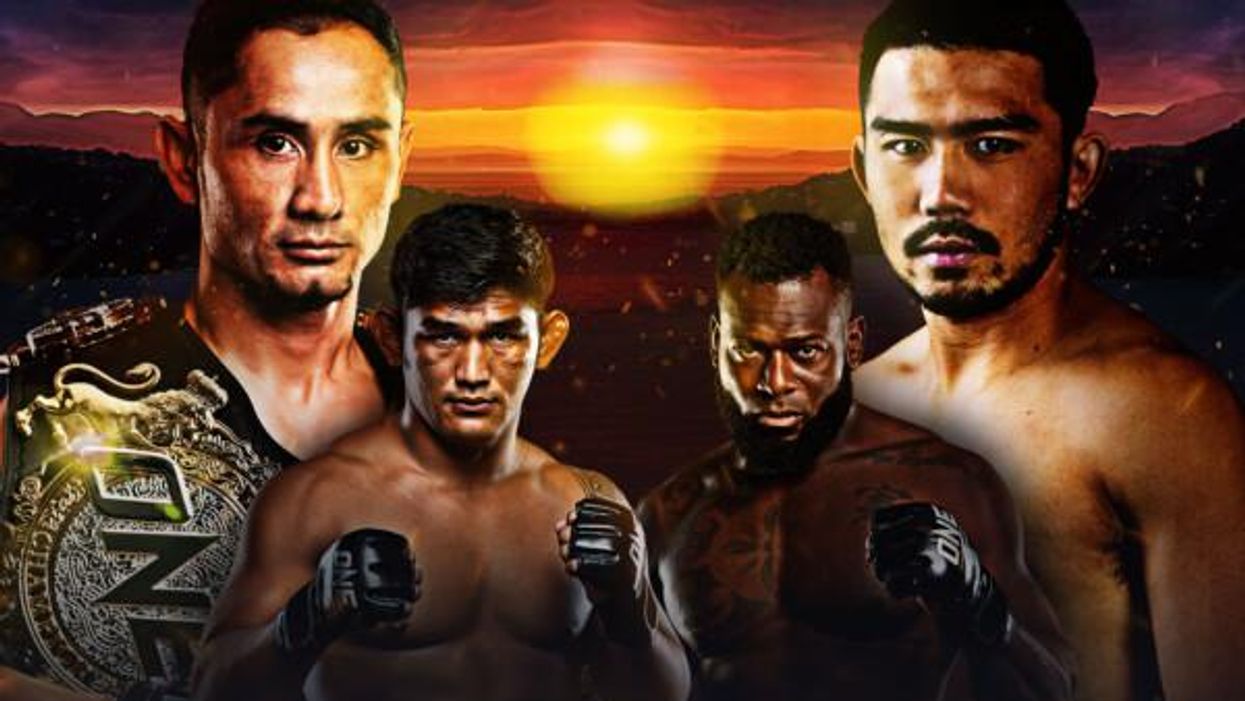 ONE Championship will be back under the spotlight on Friday, July 30, with ONE: Battleground.

The main event will pit two of the world's greatest strikers against one another as ONE Strawweight Muay Thai World Champion, and Thai legend, Sam-A Gaiyanghadao defends his crown against Prajanchai PK.Saenchai Muaythaigym.

Former two-division World Champion Aung La N Sang will make his return to the Circle in the co-main event as he battles the bruising Brazilian Leandro Ataides in a middleweight affair. Both men are trying to work back to a title shot and avenge their prior defeats to Reinier De Ridder.

Ritu Phogat will also make her return to the global stage at ONE: Battleground. The Indian superstar lost her spot in the ONE Atomweight World Grand Prix after a close loss to Bi Nguyen, and now she hopes to re-establish her position in the division against Lin Heqin.

Bantamweights Chen Rui and Jeremy Pacatiw help to round out the bill.

Lastly, teenage wunderkind Victoria Lee steps back into competition after making a successful pro debut earlier in the year. This time, the United MMA star will meet China's Wang Luping as she continues her martial arts journey.

Sam-A’s Greatest Hits In ONE Championship