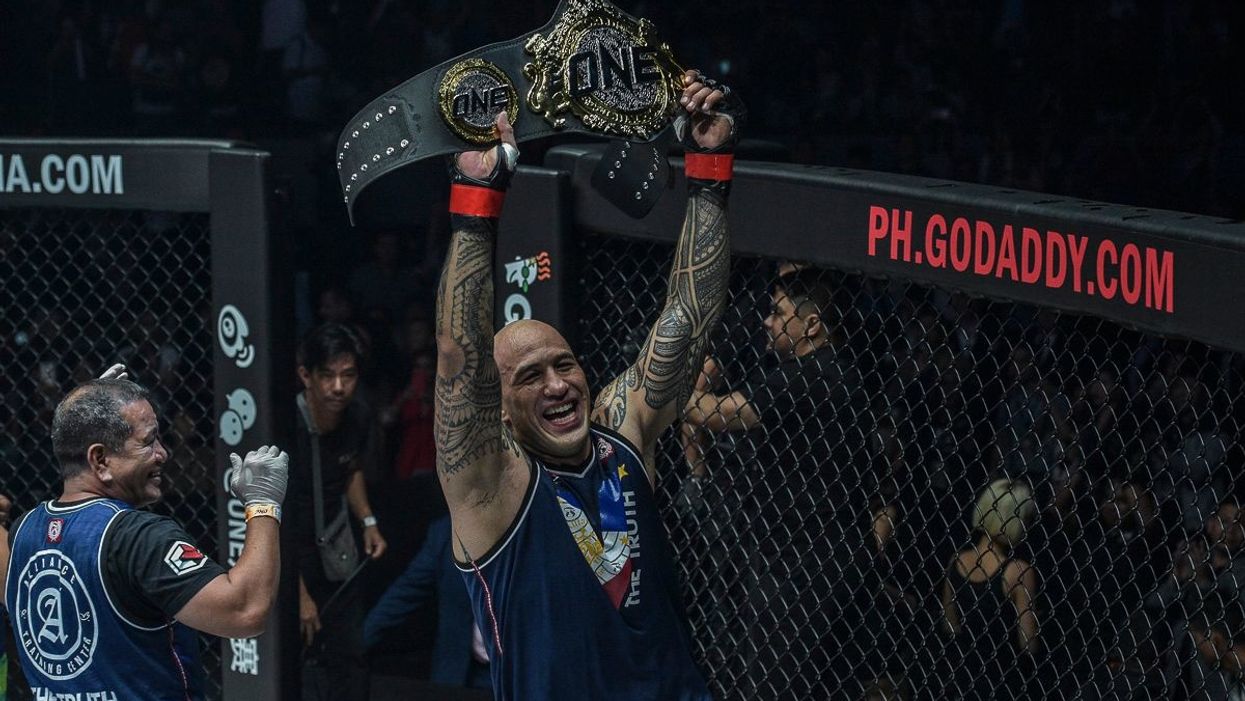 ONE Heavyweight World Champion Brandon "The Truth" Vera is the subject of the first episode of ONE Championship's latest special entitled Warrior Spirit.

The special dives into the inspiring stories of the organization's athletes in, and out, of the ONE Circle. From overcoming personal adversity to their spectacular achievements as an athlete, Warrior Spirit gives a view into what it takes to become a champion in life and sport.

In the first episode, Vera details the prejudice he suffered as a mixed-race child, born to a Filipino father and Italian mother before embarking on a career in the United States Air Force. After an injury ended his military career, the Alliance MMA star used his skills to forge a path in mixed martial arts.

After finding success in the United States, Vera moved to his homeland of The Philippines. Joining ONE in 2014, Vera rose to capture the heavyweight title in a dominant fashion where he remains atop the mountain to this day.

Hear Vera's inspiring journey of overcoming early struggles to inspire the next generation as an ambassador for martial arts, and witness his dominating career highlights in ONE within the special.