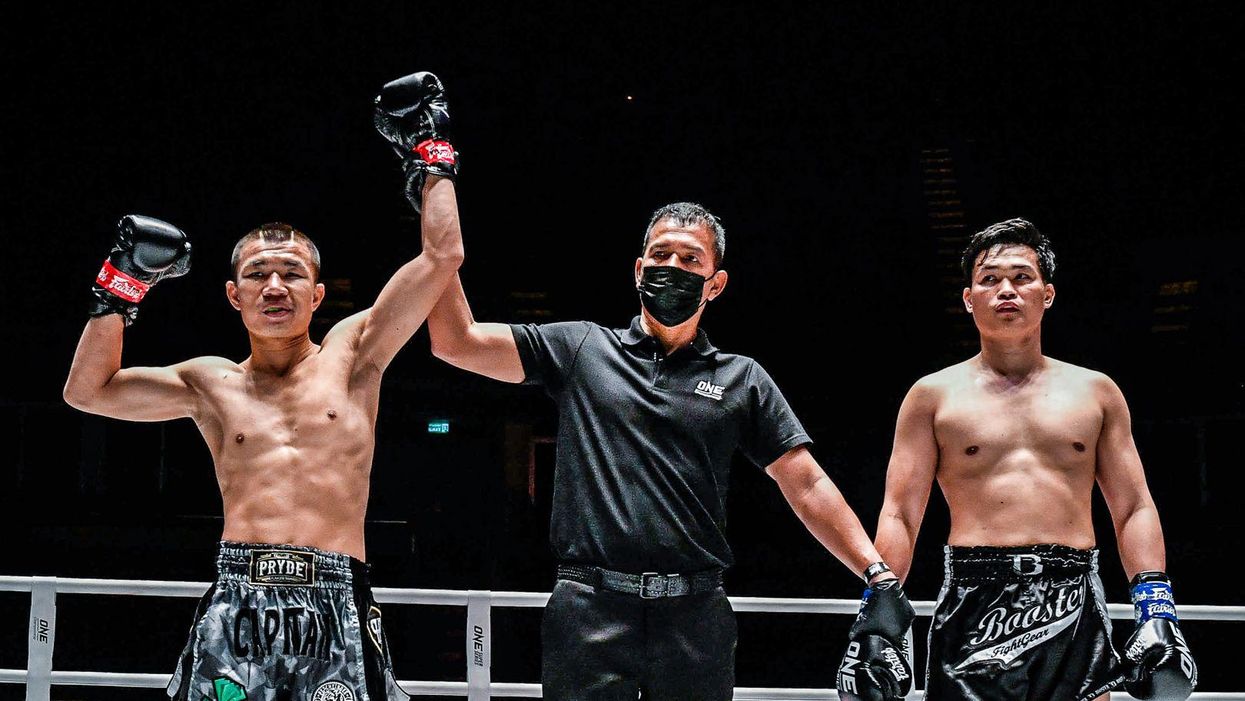 Capitan Petchyindee Academy will go for gold on January 22 at ONE: Unbreakable against Alaverdi "Babyface Killer" Ramazanov. But how he earned his shot is something that is worth revisiting.

To punch his ticket to a chance at the ONE Bantamweight Kickboxing World Championship, Capitan all Capitan did was break a ONE Championship record for fastest ONE Super Series knockout in his promotional debut.

At ONE: A New Breed III, Capitan met Petchtanong Petchfergus in a highly anticipated clash. But all it took was one punch from the Thai legend to stun the entire world.

After touching gloves, the two men exchanged with Capitan scoring a gorgeous and lightning-quick straight right hand. The official time of the bout was just six seconds.

Ramazanov will prove to be a bigger task for Capitan, but the Russian was undoubtedly put on notice by the Thai after that unforgettable performance. It makes the matchup all the more intriguing between the two elite strikers and should garner the attention of every kickboxing fan around the globe.

Can Capitan replicate the performance and enter into the ONE history books with another stunning KO? Or will Ramazanov defend his crown and prevent the upset? It is a can't-miss bantamweight battle to help kickstart the new year.

2021 will get started with a bang one way or the other.