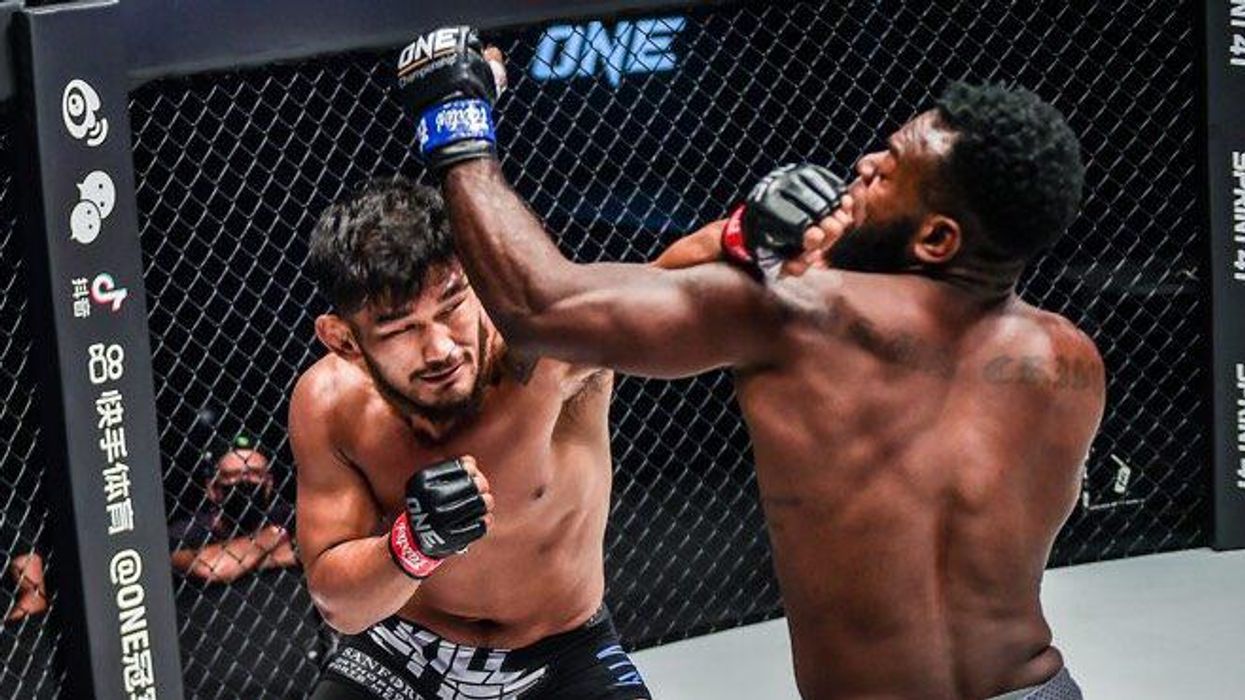 ONE Championship kickstarted their second-half of 2021 on Friday, July 30, with a thrilling six-bout slate at ONE: Battleground that saw a new World Champion crowned on the global stage.

On the undercard, five mixed martial arts bouts helped to round out the action and saw two fan-favorites pick-up key victories while two new faces got the evening started by showing how bright the future is in The Home of Martial Arts.

Want to relive all of the action from ONE: Battleground? Enjoy this recap from another strong outing by some of the world's greatest martial arts athletes.

Prajanchai PK.Saenchai Muaythaigym took the mantle and the ONE Strawweight Muay Thai World Championship with a majority decision victory over Sam-A Gaiyanghadao. The Thai star edged out the legend in his ONE Super Series debut with a performance showing off his speed and power.

However, Sam-A did not go quietly into the night. The now former champion surged in the championship rounds, but it was just a little too late. He still reigns over the kickboxing division as its strawweight king, but after ONE: Battleground, it is Prajanchai who stands atop the Muay Thai World.

Leandro Ataides may have trained with Reinier De Ridder in preparation for his meeting with Aung La N Sang, but the Myanmar superstar proved he had been hard at work as well. After a takedown, "The Burmese Python" worked back to his feet and then used his power punching to put away Ataides with a huge first-round knockout.

Gustavo Balart and Ryuto Sawada went the full three rounds in their exciting strawweight affair. Balart outlasted the Japanese athlete down the stretch with constant pressure and a strong top game.

Ritu Phogat proved that a single loss would not deter her in his return to the Circle. The Indian wrestling queen dominated Lin Heqin and snapped her 11-match winning streak as Phogat moved back into the win column. The impressive performance will give new momentum to "The Indian Tigress" as she eyes a strong finish to the year.

Team Lakay's next wave of talent may be the best yet. Jeremy Pacatiw made his ONE debut with a thrilling three-round decision over Chen Rui. The two had a fun, action-packed bout, but the Filipino did enough in the early stages to ward off a late-charging Chen.

In the opening bout, Victoria Lee wasted no time in ousting Wang Luping in their atomweight meeting. The talented teen stormed out from the start of the bout and established dominant positions against the Chinese athlete. In just over three minutes of work, Lee got a mounted triangle-armbar and the tap.

The legendary Sam-A put his strawweight Muay Thai crown on the line against rising phenom Prajanchai in the main event of ONE: BATTLEGROUND!#ONEBattleground ...
From Your Site Articles
Related Articles Around the Web