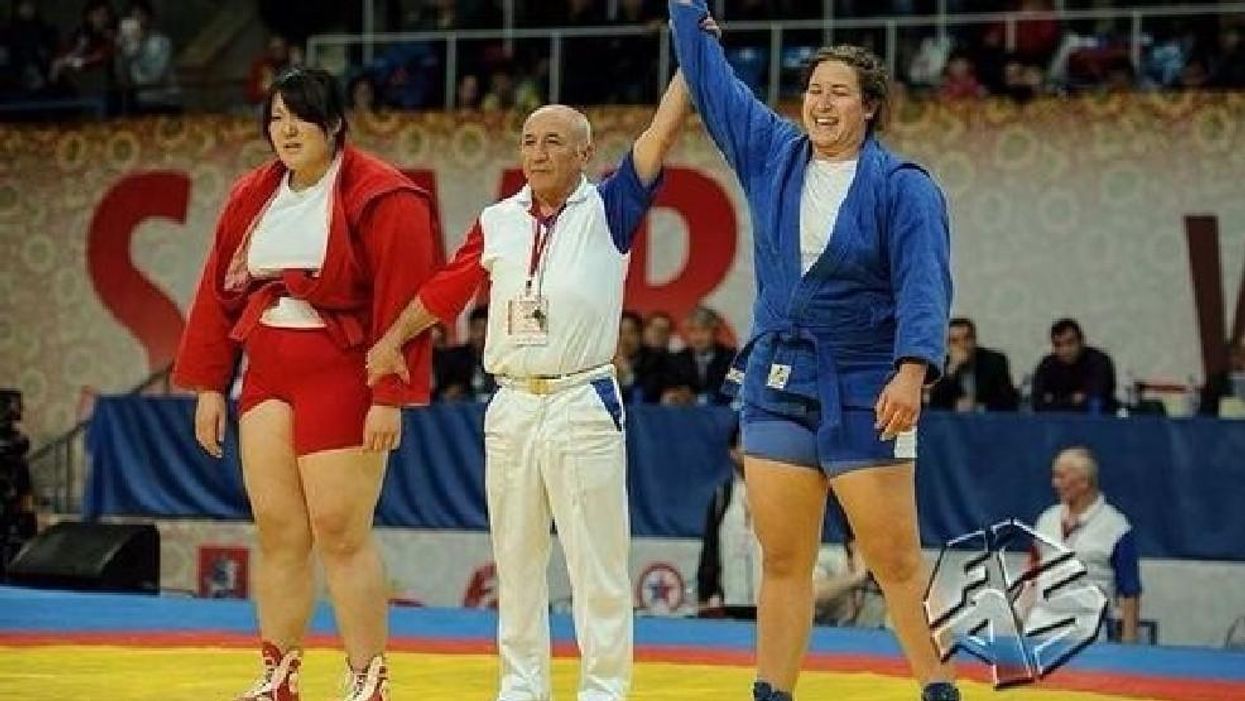 While researching Team USA's Judoka, Nina Cutro-Kelly, for a recent article regarding the Tokyo Olympics, I came across her incredible career highlights. The Olympic Judoka was a three-time bronze medalist in the World Championships, two-time Super World Cup Champion, and two-time Pan-American Champion. It may be of interest to note that none of these titles are in Judo. All of these titles were won in Russian Sambo.

While the Russian martial art and sport of Sambo has not garnered the same notoriety as other grappling imports, such as BJJ, it is no less exciting to watch and practice, and has a steady and growing interest in the United States. Cutro-Kelly spoke with me about her Sambo career, how she got started, and what's next for the accomplished grappler.

Injuries are common in competitive martial arts, but few lead to more opportunities to compete and even to win a medal. While Cutro-Kelly was recovering from a torn ACL after the 2011 Pan-American Judo Championship, a cordial invitation from a friend brought her into competitive Sambo. "Vice President of USA Sambo, Mikhail Kozitskiy asked me, Hey do you want to go to a Sambo tournament? It's free? It was a free trip to Lithuania, and I was bored, and I was young, and broke, and I said, OK, sure."

While most people might be apprehensive about jumping into a competitive sport they knew little about, Cutro-Kelly was ready to give it a try. "I found out shortly before we left that it was the World Championships of Sambo. I'd never had the uniform on. I read the rules on the plane and pretty much, it's so close to the older ruleset of Judo, plus some wrestling, plus some BJJ, that I got a bronze medal on the championships the first time I played the sport."

Sambo is similar to Judo in many ways, but there are some differences that a new practitioner should take note and consider. Coming from Judo, how did Cutro-Kelly approach it? What advice does she have for others? "The ruleset is different. You might need to be aware of the fact, that, well, there's no chokes, unlike Judo, so you don't have to worry about that. However, there are bicep slicers, calf slicers, straight knee locks, and straight ankle locks. You need to be aware of them, and at least be able to defend. And then you also have to consider that they can attack your legs and single and double leg you, like in wrestling and in BJJ, and they cannot do now in Judo. But when I was coming up in Judo, they could. It was a little bit easier for me to adapt, because I had such a longer experience in Judo than a lot of people, so I was able to draw on previous experience when Judo did allow leg grabs."

With the small number of Sambo clubs available in the US, Cutro-Kelly has some advice for those interested in competing. "Your best bet, if you want to compete in Sambo, is really to train Judo, at this point, in the United States."

With a long list of achievements to her credit in Wrestling, BJJ, Judo, and Sambo, where does Cutro-Kelly go from here? "I did a lot of stuff in Sambo, and I feel like I had accomplished all the goals I set in Sambo. But I've yet to be the official World Champion in Sambo. I'm trying to go back and check that off now that I've checked off being a Judo Olympian."

After coming back from the Olympics, do you think Cutro-Kelly is going to take some time off first and maybe do it in a year or two? Not on your life."My tentative plan is to compete in November in Tashkent in Uzbekistan in the World Sambo Championships."