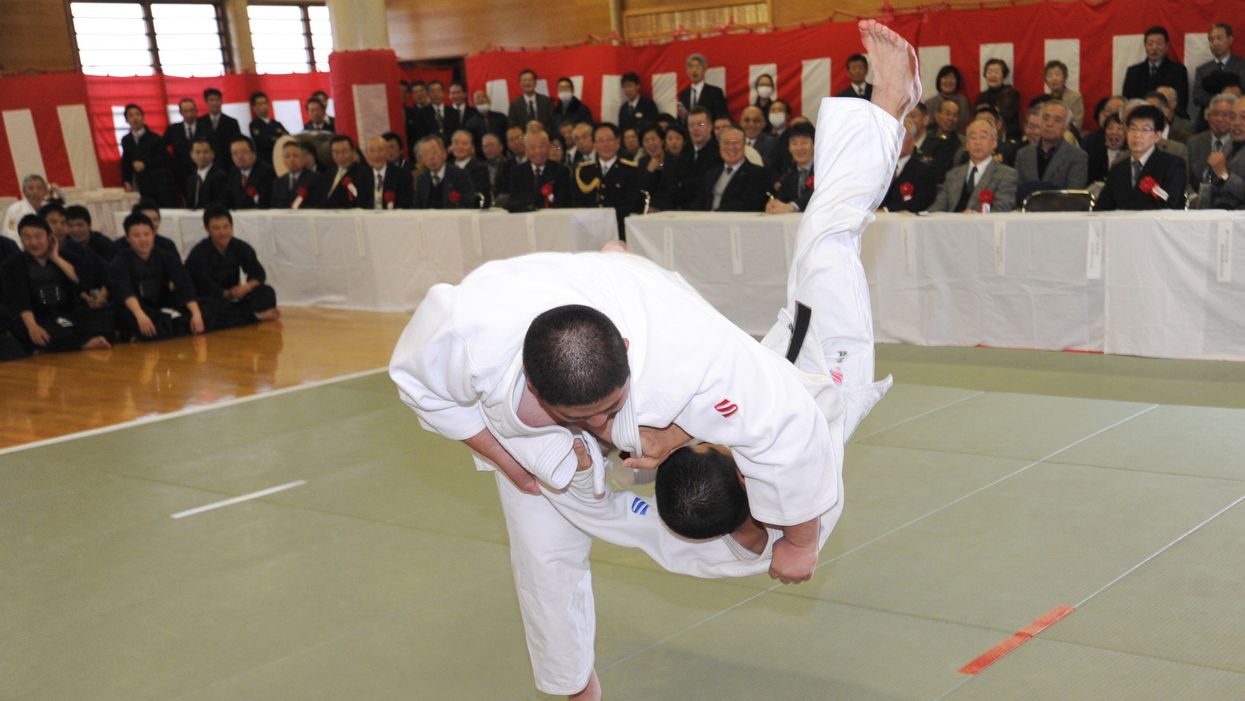 The Nanka Judo Yudanshakai (The Southern California Judo Black Belt Association) has approved the development of a Police Judo program for criminal justice professionals. Nanka, one of the oldest judo organizations is developing a dynamic and adaptive judo program designed specifically to address the needs of law enforcement, corrections, probation and parole officers and similar type professions.

The history of judo goes back to 1882 when Jigoro Kano created judo, which means the Gentle Way, from his studies of Kito-ryu and Tehshin Shinyo-ryu jujitsu. In 1886 there was a tournament with the Tokyo Metropolitan Police Department to see which martial art was superior, judo or jujitsu. Judo won 13 of the 15 matches and drew on 2. The Japanese police to this day require their police officers to have a black belt in judo before becoming officers. Modern day Brazilian Jujitsu (BJJ), came from judo's ground control techniques.

Police Judo combines techniques of throwing, ground control and striking techniques that produce high yield, low-risk techniques for control options as well as self-defense. The program is also designed for those who do not have a martial arts background.

In today's environment law enforcement is under constant scrutiny of their Use of Force techniques. Police Judo provides a low-key, effective means of taking people into custody. The Police Judo 1-2 day seminar program is not a "quick-fix" to Use of Force insufficiency, but it is a start.

Nanka Judo's Police Judo program will be developed by judo black belt ranked police officers and Use of Force instructors along with high ranking judo advisors whose ranks are 7th degree and above. Other benefits of being involved in a judo program are enhanced fitness, arrest and control development, confidence, and reduced Use of Force complaints.

Draper is a Nidan and second degree black belt in Judo who has 35 years of experience in local and federal law enforcement. He has been a Use of Force instructor for over 20 years and has practiced Judo since 1989.

Nishioka is a Kudan and ninth degree black belt in Judo who was Black Belt Magazine's 1968 Hall of Fame inductee as the Judo Player of the Year. He is a college professor and the author of several judo books, including Judo Training for Competition which you can purchase here at Black Belt Magazine's online store.

Goltz is a Hachidan and ninth degree black belt in Judo who has served as the president of the USJA and Nanka. He was an advisor for the Los Angeles Police Department in the 90's and helped run the Police Olympics.

Osugi is a Shichidan and seventh degree black belt in Judo who is also the Head Sensei of Sawtelle Judo.

Paccione is a Rokudan and sixth degree black belt in Judo who is a former president of the USJA. He owns his own dojo in Florida.

Buckner is a Rokudan and sixth degree black belt in Aikido who has served as Nanka's Legal Advisor for over five years. He also has his own law firm in Orange County.

Hannon is a Yodan and fourth degree black belt in Judo who is Nanka's Vice President of Medical with hands-on knowledge of injuries associated with martial arts training.

Duran is a Yodan and fourth degree black belt in judo who has over twenty years of law enforcement experience in patrol and corrections. She has practiced Judo since 1981.

Saiki is a Yodan and fourth degree black belt in Judo who is an expert in Taiho Jutsu. Taiho Jutsu is used extensively by the police in Japan in addition to Judo and Kendo.

Harai is a Yodan and fourth degree black belt in Judo who is a student of the late Keiko Fukuda. She is a national competitor and is the highest ranked woman in the world.

Winn is a Yodan and fourth degree black belt in Judo who has fifteen years of experience in the army. He is also a strength coach.

Cortina is a Yodan and fourth degree black belt in Judo with decades of martial arts and police training experience in SWAT and Defensive Tactics.

Sheldon holds a third stripe brown belt in Brazilian Jiu-Jitsu and has 35 years of wrestling experience. He has served in law enforcement for 23 years and has been a defensive tactics instructor for a regional academy and department for 20 years.

Siddle is an advisor with over 20 years of law enforcement experience. He is also a renowned author of many popular books about defensive tactics.

Allison is an advisor with extensive experience teaching law and theology. He is also a well-respected minister.