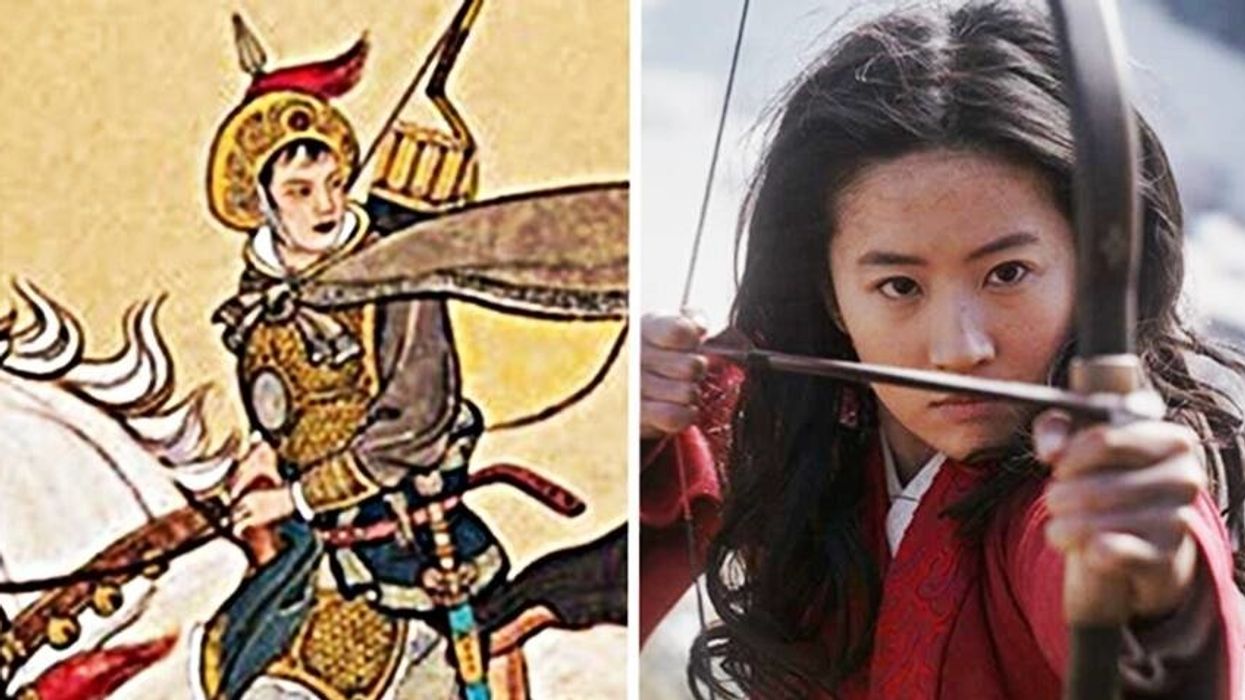 Long before she was animated into existence in Disney's Mulan, a female warrior named Hua Mulan waged war to protect China. This is her story.

Most Westerners — martial artists and non-martial artists alike — know the name Hua Mulan because of a hit Disney film from 1998, which was titled, appropriately enough, Mulan. Few know that the animated feature was based on a real historical figure and that she had been depicted on film a number of times.

Mulan is believed to have been born in Henan province during the Wei dynasty (386-534 A.D.). She was reportedly an excellent seamstress and a skilled martial artist who was renowned for her archery expertise. At one point in her life, her infirm father was called to duty to help fight invaders from the Mongol Empire, and Mulan, fearing for her dad's safety, donned men's clothing and joined the army in his place.

The defining moment in her military career came one night when she was on guard duty. Mulan observed crows flying at night and noted that the birds should be resting at that hour. She immediately suspected an ambush and alerted her superior. Then she devised a plan and proposed it to him.

When the Mongols attacked, Mulan sustained an arrow wound to the shoulder, yet she was still able to defeat the leader of the invasion force in hand-to-hand combat. Afterward, she refused treatment out of fear her brothers-in-arms would discover that she was a woman.

A proud soldier is shown riding atop a spirited steed as it gallops across the misty moors in a bygone era. The mare skids to a halt and rockets its warrior master toward the heavens. Still in flight, the hero loads a body-length bow with three arrows. Landing in her patented si liu bu stance, Hua Mulan — played by Nancy Chan — uses her famous three-fingered arrow release to impale three charging Mongol warriors.

That scene comes from a black-and-white film called Mulan Joins the Army. Made in Shanghai and released in 1939, it was actually the third movie to focus on Mulan's exploits. Directed by Bu Wancang, it came from the Orphan Island period. The name refers to film production that took place in Shanghai's foreign concessions, which were not occupied by the Japanese.

Despite its historical connection — China really was threatened by the Mongols — Mulan Joins the Army was intended to rouse patriotic sentiments with respect to how modern China was being threatened by the Japanese. Those circumstances led to Nancy Chan becoming the first Hong Kong actress to be catapulted to fame by the Shanghai film industry.

A more famous film adaptation of Mulan's life came in 1964. Released by the Shaw Brothers, it was an opera titled Lady General Hua Mulan or Woman General Hua Mulan. It starred Ivy Ling Po as the famed female fighter.

When Disney announced that it was planning its own version of the Mulan story, the project bore the title The Legend of Fa Mulan. Note the spelling of the surname — Fa instead of Hua. Disney execs said they were under the impression that “Fa Mulan" was the Cantonese spelling of her name. I contacted the production office and advised them that Fa is Cantonese but Mulan is Mandarin. I then suggested that the filmmakers should render her name as either “Fa Moklan" (Cantonese) or “Hua Mulan" (Mandarin). In the end, they opted to change the movie's title to Mulan.

There were other major changes, as well, the most obvious being the addition of Mushu, the dragon spirit (voiced by Eddie Murphy), and the pet cricket. Sadly, the script eliminated all references to Mulan's renowned archery ability.

Disney appears to be on a roll with live-action versions of its classics. For example, we were given Alice in Wonderland in 2010, Maleficent (from Sleeping Beauty) in 2014 and Cinderella in 2015. Beauty and the Beast is next, with a release planned for 2017.

The rumor mill has it that a live-action version of Mulan may be in the works. Rila Fukushima, who co-starred in Wolverine (2013) and appears in the CW television series Arrow, is reportedly being considered to bring the title character to life.