MORTAL KOMBAT: The New, The Old and The Untold 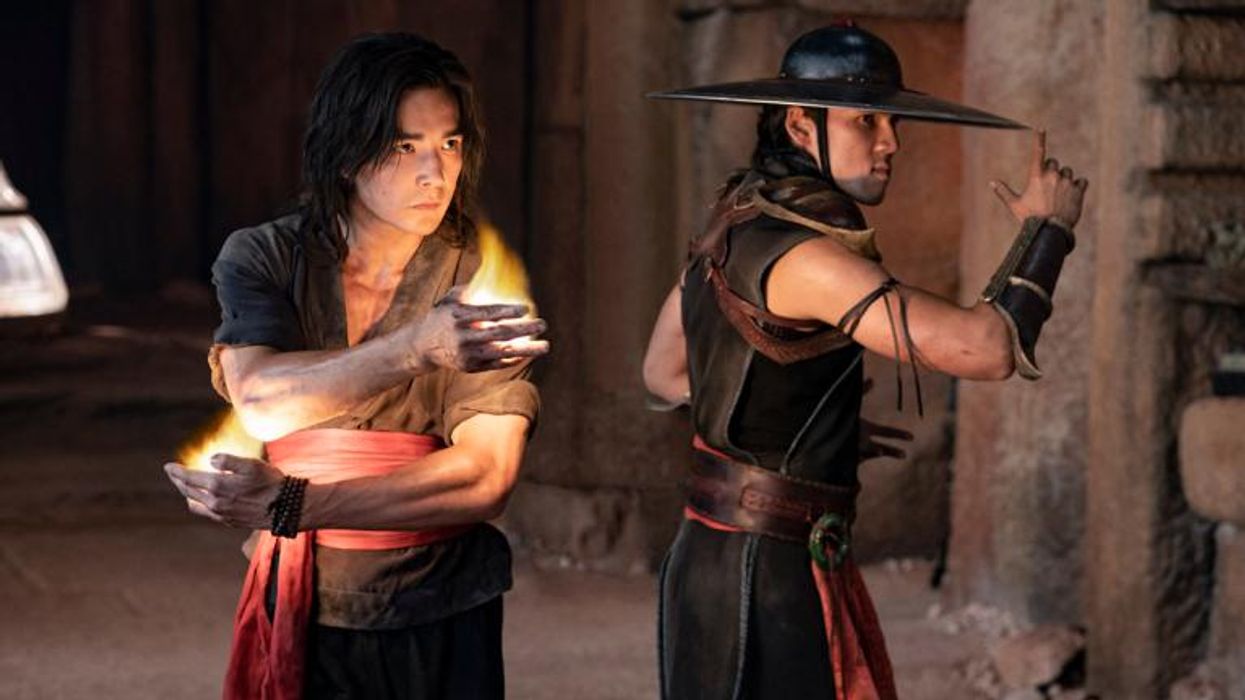 The fight between good and evil is an ongoing deception by one that clouds the reality of the other; choose your side carefully. When I saw the 1992 video game Mortal Kombat (MK) it reminded me of the old kung fu films based on Chinese wuxia novels that I learned to read in simplified Chinese in 1980 Taiwan, where two opposing powerful Clans vied to control Jiang Hu (translated as the Kung Fu Underworld in English dubbed Chinese kung fu movies). When the first 1994 MK comic book introduced Shang Tsung's power of stealing a fighter's soul to remain young, it was obvious to me, which wuxia novel had the most influence on the MK franchise. Watching Robin Shou's Mortal Kombat (1995; MK95) confirmed my conjectures.

Fast Forward 26 years, the beauty of the new Mortal Kombat (MK21) film is that even if you know nothing about the franchise, the opening superimposition succinctly tells the main plot, "Earthrealm on the verge of catastrophe, should it lose one more tournament, the savage realm of Outworld will invade, but an ancient prophecy foretells that a new group of champions will be united by the rise of Hanzo Hasashi's blood." It turns out that to have a fighting chance, the five Earthrealm heroes, Cole, Sonya, Kung Lao, Jax and Liu Kang must use or find their arcana secret powers from within.

The opening scene is memorable for featuring Hanzo (Hiroyuki Sanada) battling Bi-Han (Joe Taslim) in their unmasked manifestations of Scorpion and Sub-Zero, respectively. Adding to the eminence is a nod to Shintoro Katsu, famous for his blind swordsman Zatoichi role in 25 films (1962-1973), a character known for using his sword with a one-handed reverse grip. As many know, Hanzo's namesake was derived from the Hanzo the Razor (1972-1974) trilogy, which starred Katsu as a rugged samurai lawman. During the fight against a ninja faction, Sanada uses Zatoichi's one handed reverse grip.

It's superbly chill that the finale duel of MK21 is the masked alter-egos Scorpion and Sub-Zero swordfight with the frantic strength of Cole (Lewis Tan) lurking in the limelight of frost, fire and gold steely armor. Their bookend fights are as engaging as watching a three-legged giraffe using its neck as a forth leg; meaning, I would watch them any day. However, the finale fight death strike skill, which could have been used anytime during the bout, makes the climax blow feel like a moot match.

Though unfamiliar in the West, one of MK's major influences originates from the famous Jing Yong wuxia novel that was serialized in a Hong Kong newspaper (1967-1969), Xiao Ao Jiang Hu (The Smiling, Proud Warrior). It's first film adaptation was the Shaw Brothers hit, The Proud Youth (1978), where every two years the righteous Clans of the Five Mountains continue the vigilant battle against the ruthless Sun Clan to keep the world of Jiang Hu safe. One of the Sun's evil leaders was the megalomaniac Ren Woxin who mastered the inimitable technique Xi Xing Da Fa, where he'd suck the energy out of his opponents, which led to agonizing deaths. It's the first and only novel I know where the villain does this.

Ren's skill was used by Lo Pan in Big Trouble in Little China (1986), a technique known by the film's veteran Hong Kong kung fu film star Carter Wong (Thunder). Yet the most recognized and closest adaptation to the original novel, is a film that every Hong Kong film cinephile in the early '90's has seen, Jet Li's Swordsman II (1992), i.e., two years before the first MK comic. Shang Tsung now carries the torch.

During the first hour of MK21, there's 10 short fights lasting from 15 to 85 seconds long that are evenly spaced out, then at the 70-minute mark the five mortals (aka the source material's Five Mountain Clans) take on their Outworld opponents to light the combative skies. Five minutes later, revenge bouts between similar and differing contestants erupt as if they're kissing fireworks dressed in alcohol. Yet just as you think the alcohol has dissipated, the bookend finale puts the fire out by using gasoline.

When it comes to camera choreography most of the short fights feature 1-2 techniques per edited shot as the camera tilts up and down to follow the skill set flows to create the impression that more is going on during the fights than is actually happening. One moment for Sonya has her performing a simple take down using three different angles, low, side and bird POV within a second…it looks cool and adds to the dynamism.

The best shot fights are the bookend duels. When Hanzo, Bi-Han and the ninjas get it on during the opening battles, the camera intriguingly snaps from close-up to wide angle long shot, to medium, tracking wide angle away from the action, to close-up. Usually that would make the fight look like MTV editing, yet it amplifies the simple fight choreography to create complex rhythms during the fight. Additionally, only the bookends used longer takes, some of which were six techniques per edited shot.

One of my favorite MK21 shots is against a setting sun backdrop where a silhouette that unmistakably mirrors Robin Shou as Liu Kang walking toward camera. I was dispirited to see that it wasn't him. To me, like Sean Connery is Bond, Shou is Liu Kang. At the time of MK95, Shou was an established stuntman/lead actor and a legitimate martial artist in Hong Kong, with Rambo like hair, confidently well built and had a self assuredness in his step. During Shou's brawls, there was often more than six techniques per shot.

I'm disappointed that the MK21 filmmakers didn't show Shou respect by having him do a cameo. As it were, MK21's domestic opening weekend was $23.3 million while MK95 earned $23.2 million (adjusting for inflation, $40.7 million). Still dig the music.