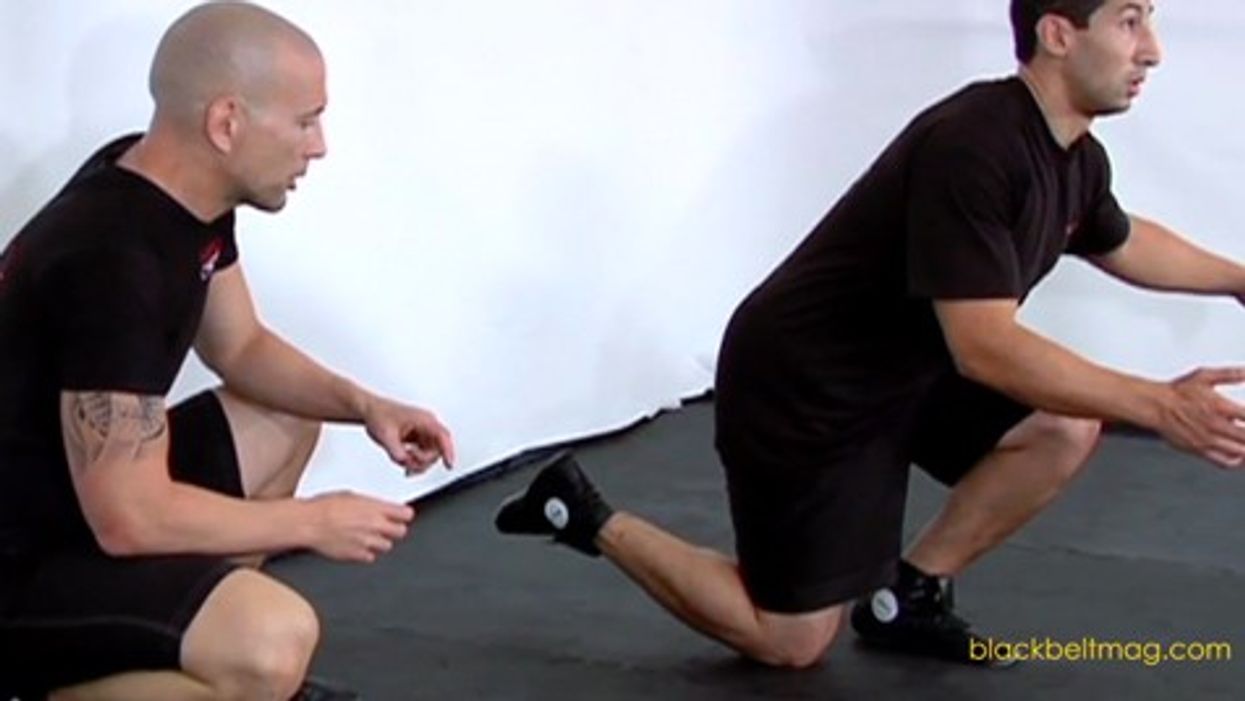 Improve your MMA kicking with body conditioning through exercises such as the airborne lunge, demonstrated by John Wolf as instructed by Scott Sonnon in this NEW excerpt from his Ultimate Conditioning DVD series.

Get “fit to fight" with this FREE download!
MMA Workouts 101: How to Start an MMA Conditioning Program for
More Effective MMA Techniques and Self-Defense Moves