Stipe Miocic: Simply the Best, In and Out of the Cage 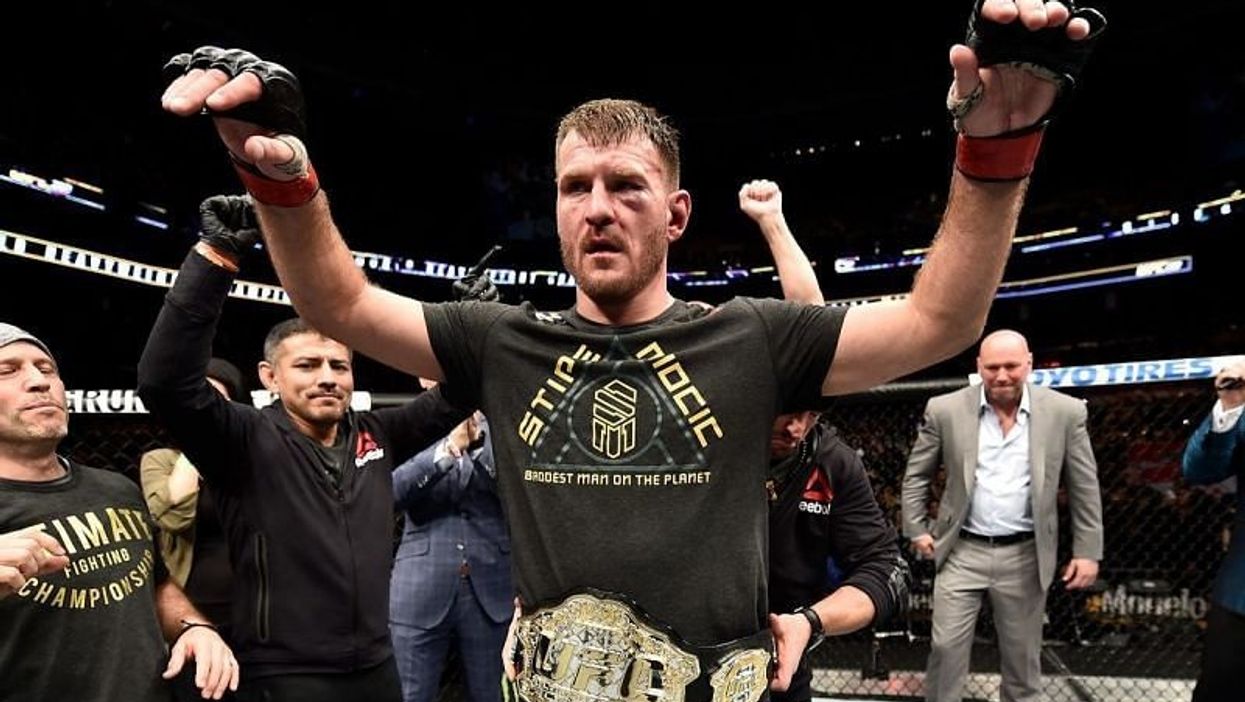 No one has successfully defended the title more times than Miocic (four times during his two reigns) and no one has more consecutive defenses of the belt (three straight in his first reign) than the man from Cleveland. His win over Cormier in their rubber match showed a unique ability to continually grow and change tactics as a fighter. After using a devastating body attack to defeat the two-division champion in their last fight, this time he switched to a strategy of clinching and wearing his opponent out against the cage.

But it's not just his punching or his clinch work or any other aspect of his performance inside the octagon that makes Miocic unique among UFC titlists. Throughout his career, Miocic has displayed a quiet dignity that's too often been lacking among modern mixed martial artists. Though he's achieved a degree of stardom and made a good deal of money as champion, he's continued to work as a firefighter and paramedic. As other fighters complained about the pandemic lockdown effecting their training schedule or canceling their fights in recent months, Miocic simply remained on the front lines as a first responder risking exposure to infection on a daily basis.

Yet despite his position as the UFC's greatest ever heavyweight, and by default the baddest man on the planet, Miocic remains one of the less hyped champions the sport has. His fights draw well but not the blockbuster numbers of someone like Conor McGregor. Perhaps it's owing to a lukewarm relationship with company president Dana White. Or perhaps it's because, unlike McGregor and others, Miocic does not make a public spectacle of himself in order to sell a few extra pay-per-view buys to his fights.

And while the public in general seems to support Miocic, they've also never fallen in love with him the way they have some other UFC superstars. And maybe that's because he doesn't play up a bad boy image by crashing his sports car or getting into bar fights the way some other notable UFC fighters have been known to do. Besides, being portrayed as the bad boy is a tough sell when your day job is administering CPR to heart attack victims.

If anything, Miocic's lack of massive popularity is more the fault of the MMA fan base, at least that section of the fan base that rabidly follows the sport and tends to make fighters blow up with their internet discussion forums and retweeting of quotes. All of which is unfortunate.

Miocic shouldn't be punished for being, by all accounts, an upright gentleman and decent human being. Combined with his MMA accomplishments, he should instead be recognized for what he is, the greatest ever UFC heavyweight - in and out of the cage.
From Your Site Articles
Related Articles Around the Web