Is There a Line Conor McGregor Won’t Cross? 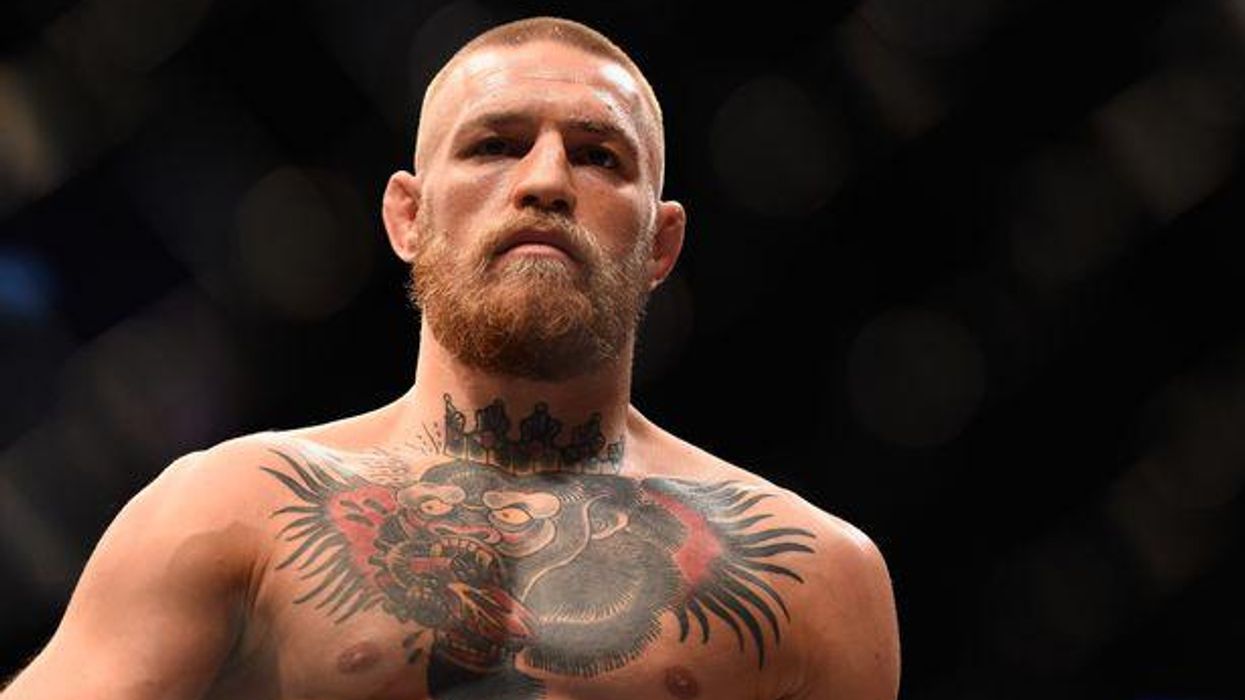 i2-prod.irishmirror.ie
By now the reader is no doubt aware of the latest in the saga (post UFC 264) of what is the blessing and the curse of Conor McGregor's verbal warfare and its implications. There is a veritable highlight reel in trash talk that not only rivals, but due to the lack of victories in actual competition, surpasses McGregor's accomplishments in the cage. There is no question in the MMA-sphere who the GOAT of smack is. Chael may have paved the way – having borrowed from Pro Wrestling schticks – but Conor plated those streets with gold, both literally and figuratively.

This is not the occasion to settle an age-old debate, but to make sure good questions get asked in the discussion of the subject. Other than a small contingent of purists – and full-disclosure, this writer is inclined in that direction – most think Conor's methods of hype and instigation are good for the sport. Good for martial arts? Totally different question. But followers of MMA have seen some thresholds of acceptability either nearly crossed or outright obliterated – and many of them liked it. Those followers would include both casuals and hardcores for the record.

There is little question about the indiscretions and infractions Conor has had outside the sport – whether alleged, prosecuted, or captured in a pub on video. To be sure, even the most ardent fan is not alright with a young man blind-siding an old man at a bar with a punch to the head. If someone suggests the gray gentleman had it coming, we can hope that person has friends to intervene or receives the hugs they were obviously denied as kids. It is probably a good idea to never think anyone you support can do no wrong.

In the build-up to Poirier/McGregor 3, shades of "old Conor" came out. Almost universally, it was applauded. Will this mean though that the old in-cage Conor will come back? In his rise to stardom, Conor's bark was always matched – to the chagrin of many – by his bite. He had earned the moniker "Mystic Mac" for his near prescient predictions of victory and how it would happen that so often came true. Then things became less and less mystical. Boxing sideshows, Dasekstani maulers, 209 residents, and more milled down that shine. Even more, a kinder gentler mogul seemed to come to the surface. Kid's birthday parties, business deals, Forbes lists, etc. seemed to be giving the impression that the man with the tiger on the tummy was being tamed a bit.

Then the venom returned. Fellow fathers, comrades in charity (tongue in cheek there for sure), business partners, hot sauce and whiskey, all tossed aside. The verbose Irishmen began his assault and it came with teeth – new ones in fact. And it got personal in that way most think it shouldn't. The old adage if you want to keep your friends, do not discuss politics or religion along with the unspoken (but spoken) rule that in fight promotion you leave family out of it have all been lost on Conor. And not a little lost, all the way lost. It may have been slightly amusing to see him post what looked like his opponent's wife trying to generate a liaison with him, but we all knew there would be no remorse and Conor apologizes for absolutely nothing. Even after what might humble other men as it has legends like Anderson Silva and his belt-thief now compatriot in suffering, Chris Weidman, Conor shouted poison at Dustin and his wife Jolie in the cage. Sitting there with his foot pointing back to Ireland, he still did not relent.

Poirier said something that seems to have been missed in most reporting. The sparkle of that wife/DM clickbait seemed to draw eyes away from a line that may have indeed been crossed. And it may have been crossed by the absolute last person who should have crossed it. Do you know the name João Carvalho? Conor does – or did. That is the name of a Portuguese fighter who is for history's sake a fighter who died immediately after his MMA fight – in Ireland. He died having just fought McGregor's SBG (Straight Blast Gym) teammate, Charlie Ward. Conor and the whole community there were very vocal in their solidarity and support for all affected by the loss. It was one of Conor's brightest hours. Dustin Poirier said continuously post-fight UFC 264 in response to Conor's many pre-fight threats to murder Dustin – as well as the revelation he kept it up as he sat against the cage - that these are things you just don't say. All is not fair in love, war, and fight promotion. With real gravity, Dustin said people can die in a fight. Murder talk was not received as mere noise which he stated the family talk was though most think any family talk is crossing the line.

Conor was ringside when a fighter died in direct connection with a Mixed Martial Arts fight. It would seem if there is a line to not cross, this might be it. While many might agree that Conor is a master of quality fight-promotion material, a question is here asked: is a threat of murder given under the auspices of trash-talk acceptable when the man giving it was present when a fellow athlete died post-fight? There are only a few rules in Mixed Martial Arts – lines that cannot be crossed. Are there any outside of the closed cage door?