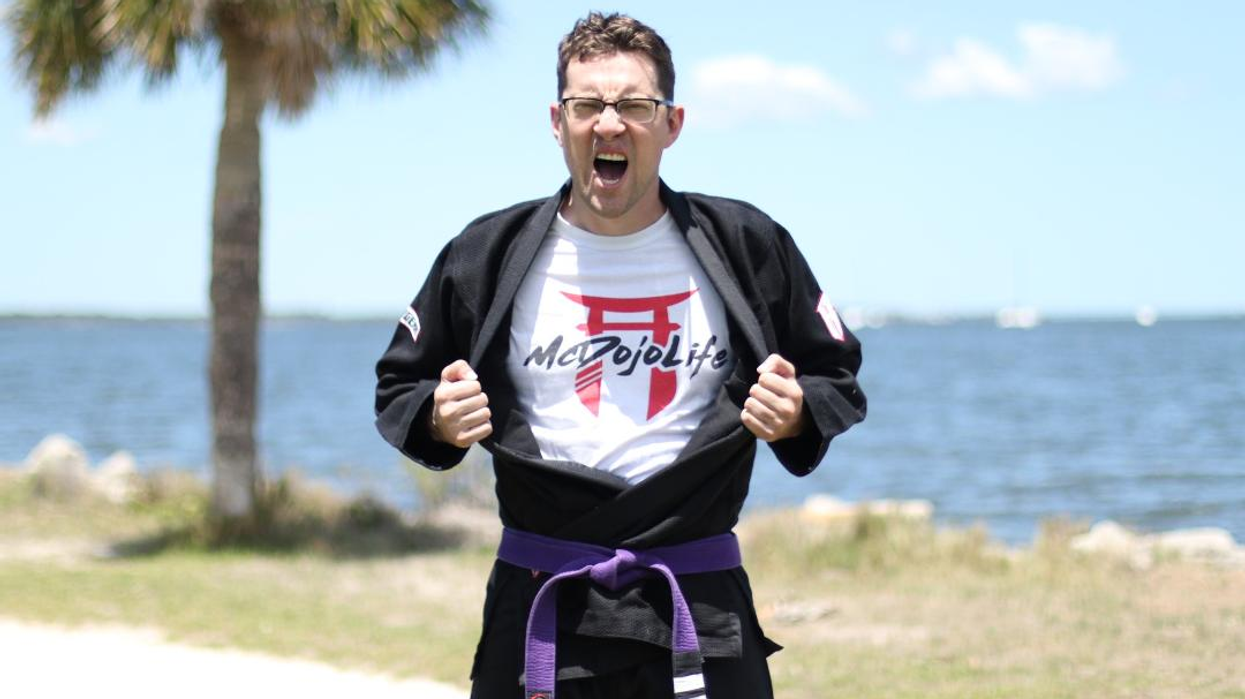 There aren't many things in martial arts that draw the united condemnation of the entire community from tai chi practitioners to MMA fighters. But a video clip showing an Egyptian martial arts instructor battering small children in "sparring" sessions that recently went viral after being posted on the Instagram account McDojoLife has brought down the full ire of martial artists around the world.

The videos were originally posted on the social media accounts of the instructor in question, identified as Hilal Jaber, who seems to have been proud of his handiwork. They were eventually reposted by several other martial artists who were far less pleased with what they saw. Rob Ingram, the man behind the popular McDojoLife account, came across them last week on the page of world lethwei champion Dave Leduc and then reposted the shameful videos on his own Instagram page.

Devoted to exposing martial arts frauds as well as criminally dangerous instructors and schools that simply engage in unethical business practices, McDojoLife has a following of more than half a million people across various social media platforms. So it wasn't long before industry notables like former UFC champions Michael Bisping and Chris Weidman picked up on the story and began displaying their outrage.

"This is just utterly disgusting behavior from a so called martial arts instructor. Just a sad little bully," wrote Bisping.

Ingram continued to dig into the incident and found an open letter that had already been circulated by the Egyptian Wushu Kung Fu Federation that, when translated from Arabic, made it clear Jaber was not an approved coach with their organization. But rather than take action against him, the Egyptian federation was seeking to get Jaber certified as a coach, presumably to improve his teaching methods.

Ingram added that he attempted to contact both the Egyptian federation and Jaber, though so far he's gotten no reply. But for him, this is just another in a long line of disgraceful incidents he's uncovered in the 8 years he's been running McDojoLife, posting videos of the ludicrous side of martial arts and singlehandedly trying to clean up the industry.

"Unfortunately, this isn't even the worst thing I've seen since I started doing this," he said. "I've seen a video of jiu-jitsu white belts raping a girl. I've seen videos of kids being crushed to death after being run over by trucks as part of their martial arts 'spiritual training.'"

But this particular video hit close to home for Ingram, who originally took up martial arts himself after being bullied as a child. He views his work with McDojoLife as his way of giving back to the arts by making people aware of the fraudulent and dangerous aspects of the business.

"I normally try to keep things light and funny with the videos I post of people doing silly things like the 'no touch knockout.' So when I post something like this that isn't funny, it catches people's attention" he said. "There's not a lot I can do by myself to stop this stuff except make others aware of it. But if we all work together as a community, we can stop this sort of thing from happening. Don't get me wrong, there are a lot of good things in the martial arts. But people need to realize there are bad things happening too."