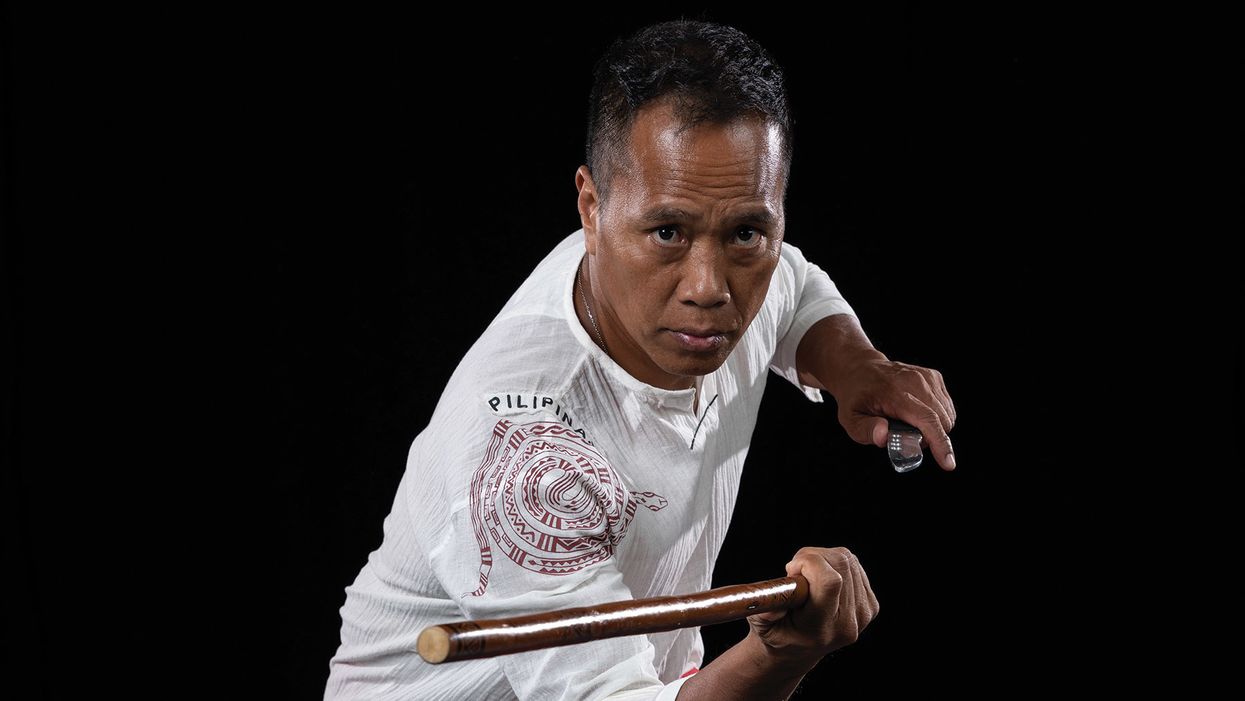 Question: How can you make your martial arts business thrive while improving retention and boosting overall excitement?

Answer: By bringing the Filipino martial art of kali into your world and offering it to your students.If you're thinking that's easier said than done, you should know that Apolo Ladra, Black Belt Hall of Famer and renowned master of pekiti tirsia kali, knows precisely how to introduce an art into any school in a way that's fun and rewarding.

You may be wondering why you'd want to do that. In fact, why should you make any changes to your school? A better question is, Why not? Change is inevitable, and innovation is the proactive approach to dealing with the human drive to change things. If you don't make changes designed to keep your curriculum up to date, you're going to lose ground. It might not happen right away, but it will eventually.

Reread the title of this column. The admonition to "innovate or stagnate" is one that Berry Gordy, founder of Motown Records — the most successful record label in history — displayed on the wall of his office in Detroit. The quote makes a lot of sense to me, and it should to all martial arts school owners. Ladra's program also makes sense for instructors who would rather innovate than stagnate.

How can I shamelessly sing the praises of Ladra's kali system? Because I've gotten a taste of it and witnessed the results.

First, a bit about the art. Kali is derived from kalis, which means "blade" in Tagalog. Although this implies that kali is all about edged weapons, most versions of it include stick and empty-hand training, as well. Ladra's implementation, which he's dubbed iKali, emphasizes all three components. Therein lies the beauty of iKali: When you learn one component, you're also learning the other two because the tactics and techniques are so similar.

Case in point: While helping run the Black Belt booth at the 2016 Martial Arts SuperShow, I took a break to attend a training session.

The only one that fit into my schedule was a weapons seminar taught by Ladra. That was when he knocked it out of the park for me.The title of the seminar was Filipino Kali Stick Fighting. Because of Ladra's reputation, more than 90 martial artists showed up. There was plenty of room — but there were only 70 sticks, and each person required two. That meant that more than half of us would be forced to wield imaginary sticks.

Change is inevitable, and innovation is the proactive approach to dealing with the human drive to change things.

Ladra decided he wasn't having any of that. On the fly, he adapted the seminar to the attendees. If you had a pen, he said, you could use it as a knife. If you didn't have a pen, you could do the drills with your empty hands. The master would present a stick technique and then slightly modify it for those who were improvising with pens (knives) or with their weaponless hands.

I left the seminar with a bunch of combinations that worked with the blade, the stick and the hands. That was in stark contrast to the interpretations of kali I'd practiced in the past, which always emphasized the stick and very complicated stick take-aways.

I became a believer. I recognized the validity of Ladra's approach to weapons and his teaching method, which encompassed not only thorough explanations of all techniques but also discussions of the principles behind each one — all while demonstrating the moves.

Even better, he showed that he possessed the knowledge needed to relate to students whose main art might be taekwondo, karate, krav maga or Brazilian jiu-jitsu and then offer variations tailored to each person's background. No wonder Ladra's program is being used in more than 450 schools, 95 of which are full affiliates.

His success also can be attributed to the way he started with a very complex martial art, then organized and systematized its components into a modern program that's easy for everyone to follow. Many who've attended his seminars and especially his certification courses have mentioned this to me in person.

If you're interested in offering iKali to your students — in other words, if you'd rather innovate than stagnate — here's what I recommend. Once the pandemic has passed, get started on Ladra's iKali certification course. Be prepared to learn his blade module, stick module or empty-hand module.

Afterward, start sharing your new knowledge with your staff. As Ladra likes to say, learn to teach and teach to learn. Next, consider organizing some kali seminars or adding some classes to your school's schedule.

Even though the skills may be new to you, they won't seem awkward because you'll find connections between iKali and your main art. The material will find its way into everything you teach, making you part of the innovation process of the martial arts. If your students are like mine, they will love being on the cutting edge of this exotic art.

Floyd Burk is a San Diego–based 10th-degree black belt with 50 years of experience in the arts. To contact him, visit Independent Karate Schools of America at iksa.com. For more information about Apolo Ladra and iKali, visit artofblade.com.