The Truth Behind Tradition: How The Past Changes Your Future 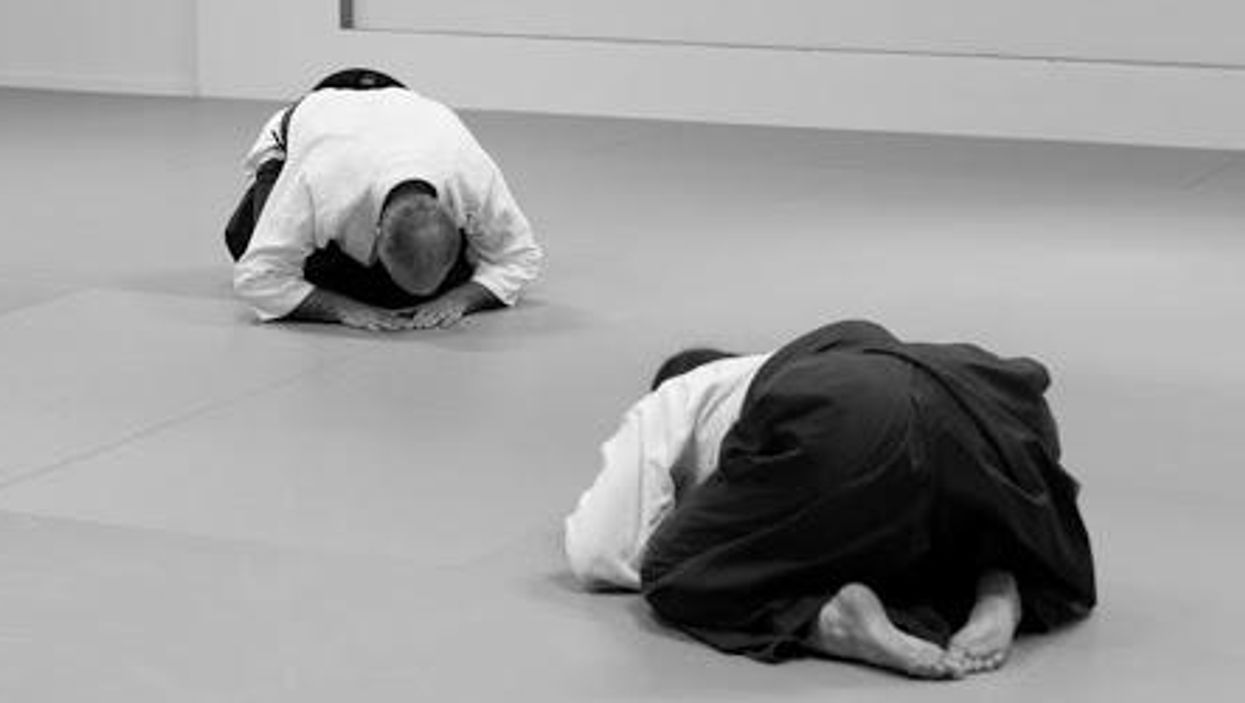 Obviously, if it is old, it must be perfect--even if it means having to scavenge meat from wooly mammals and eating it with never-been-washed hands.

Unfortunately, many of us martial artists feel the equivalent. At times, we swear by our traditions--or even our entire style--simply because they are steeped in history.

Old martial art traditions (such as specialized bows, the usage of foreign phrases, and moving the body in specific ways) have many important offerings to the modern man, including legitimate self defense tactics and movement concepts, but only if we properly study them.

Martial art tradition isn't about respecting the dead motions of an archaic system, it is about keeping the system truly alive in modern times. If we try to "reinvent the wheel" with each generation of new students in the style, we are instead severely stifling the progress we can make as individuals and as a collective group. To grow and further our training, we have to work together across multiple generations.

Keep in mind, traditional martial arts are different from civil war reenactments. Both may be steeped in history and performed in modern times, however our training as martial artists is to become an evolutionary step for future progression. Adaptation is key to keeping tradition authentic and alive in modern times. Actions can become archaic, however the ideas and intentions forever remain important.

To truly grow with your martial art, critical thoughts and an inquiring mind are a must. When you question a traditional rite or idea, do it because you are rejecting superficial understanding and attempting to delve deeper into the purpose of it. Without purpose, routines will always lack the proper intention. Without the proper intention, all routines become useless and merely decorative motions.

Growing up, did you ever get in trouble? Often, when a child gets in trouble, the parents will force the child to apologize, even if the kid doesn't want to. If you were like me growing up however, that apology was sometimes simply an insincere mutter simply spat because you were forced to give it.

We all recognize the difference between a growled apology and a sincere expression of regret. You can say the same words, however the action is meaningless if the intention is missing. The same can be said for anything we do for the sake of established tradition. As martial artists, our goal isn't to reenact the old ways, our goal is to follow in the footsteps of the preceding masters and help take what they have given us to new heights.

Tradition helps you stay connected to the past as you blaze forward into the future. Otherwise, without an absolute mold to come back to, it is easy to devolve into unintentional revolution rather than improve with conscious evolution.

It is about growth, a process that must be properly guided.

Speaking of proper guidance...did you hear about the black belt who bashed his boss' nose in, cussed out the car driving slowly in front of him, and told his neighbors' son that Santa only visits the rich little kids?

Hopefully, you haven't heard about him. Rather, hopefully you never hear about a black belt like him.

In an activity that places an emphasis on having a moral code and maintaining positive attributes in every moment of life, one would hope that the number of a-holes is limited.

Mind you, I said one can hope.

Tradition is more than just a way of keeping us grounded to the physical actions of our predecessors, they are also a method of maintaining the ethics and moral growth of our martial art forefathers.

Black belts with bad attitudes certainly exist and the martial art systems we train don't slap an absolute guarantee on the type of improved personality they can produce, however we can greatly influence what the end result of years of training looks like.

Habits deeply affect what we do and how we think. If I told you somebody has a habit of jogging six miles every other day and hitting the gym for two hours on the days not spent running, you can probably easily visualize a rough idea of how they would look.

You can easily imagine them having the physique of a sculpted greek god or longtime fitness model.

On the flip side, you can also picture how a person with a habit of eating McDonalds for breakfast, Burger King for lunch, and Cheesecake Factory every day for dinner and dessert would look.

Now our imagined person likely has a bulging belly instead of bulging biceps.

These two imagined outcomes are great examples of what the decisions we make and habits we carry can do. We can also apply this to the subtle mental habits we indulge in. When we make a habit of carrying attributes such as gratitude or respect, this bleeds over into the type of person we become in all hours of our life.

The small things we do--bowing to our partner in Karate class or performing a wai kru before our Muay Thai match--end up having a massive impact on who we become as these are the physical expressions and reminders of positive intentions.

After years of consciously and sincerely following the traditions of old times, they become physical and mental habits for us. As humans, we are creatures molded by our habits.

If you wish to attain new levels as a martial artist and as a human being, allow your tradition to unleash you from the restriction of gleaning wisdom in a single lifetime.