The Sword Mystique: Why Martial Artists Love Them! 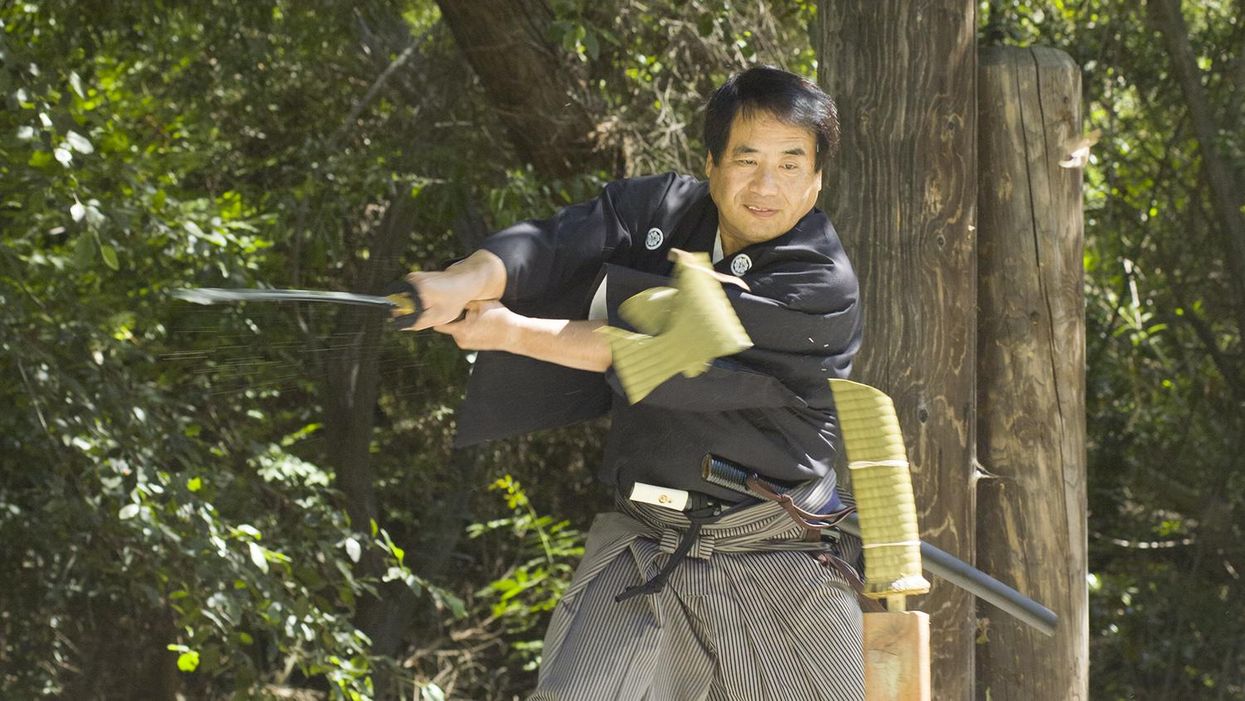 Swords have always been more than just tools of war. For as long as they've existed, swords have symbolized power, status and manhood, and they've been at the heart of numerous myths and religious stories. Swords have been the means to achieving destiny in epic literature, as well as a metaphor for the mind in philosophy.

Such concepts obscure the fact that we're talking about a 3-foot-long razor blade with a handle, one that's meant for carving up other people.

That fact is easy to forget because the sword's function is a relic of the past. What's more, it's a past that's remote enough that it easily gets idealized.

We read our own notions of martial virtue into stories about those times and gloss over the grim details of the destruction that can follow a sword. Learning that a given technique was used successfully in a duel doesn't affect us when the blood was shed centuries ago. But it's worth remembering exactly what it means to cut someone with a sword.

Watching some test-cutting on pork or beef legs is a helpful reminder of what swords are about. One slice and a good blade will pass through flesh and bone.

To that razor-sharp edge, a human being is no different from a piece of meat. That means you and anyone else you know and love. No matter how exalted we may feel as human beings, we're all made of meat, and a sharp sword represents severed body parts, blood, suffering, shock and death.

Does that mean we should be disillusioned with swords and the sword arts? Not necessarily. This awareness gives us a basis for the weapon's symbolic power, which is naturally derived from its deadly functions.

First, the notion that swords are magical is a matter of perspective. From the point of view of Bronze Age man, swords represented such high technology that they were indistinguishable from magic. Somehow, swordsmiths were burning metal out of dirt and making weapons that could lay open another man's flesh with little effort.

There was no comparison with stone and wood weapons. Swords were so superior that they seemed otherworldly.

Second, the severity of the damage that swords can do is a big part of the reason they're powerful metaphors. To say, "The mind is a sword that can cut itself" is to emphasize that paradox. Likewise, when the sword is used as a symbol of manhood, it refers to the strength required and danger involved in being an adult.

Finally, the sense of status bestowed by a sword stems from the fact that not everyone in pre-modern society had one. A man who owned and carried a sword held a high rank because, for better or worse, he possessed the power of life and death over those below him on the social ladder.

Thankfully, that's no longer the case. But the special place that swords have in our imagination is in part a remnant of those times and attitudes.

It's a common pattern in the martial arts. The brutal reality of fighting gives rise to secondary features that we cherish in the arts. With the sword, the contrast is especially stark because of the danger represented by the blade.

Remembering this not only tempers our enthusiasm for swords and sword arts but also reminds us why there's an enthusiasm there worth tempering.

About the author: Keith Vargo is a freelance writer, researcher and martial arts instructor who currently lives in Japan. Visit his website here.