The Key to Speed 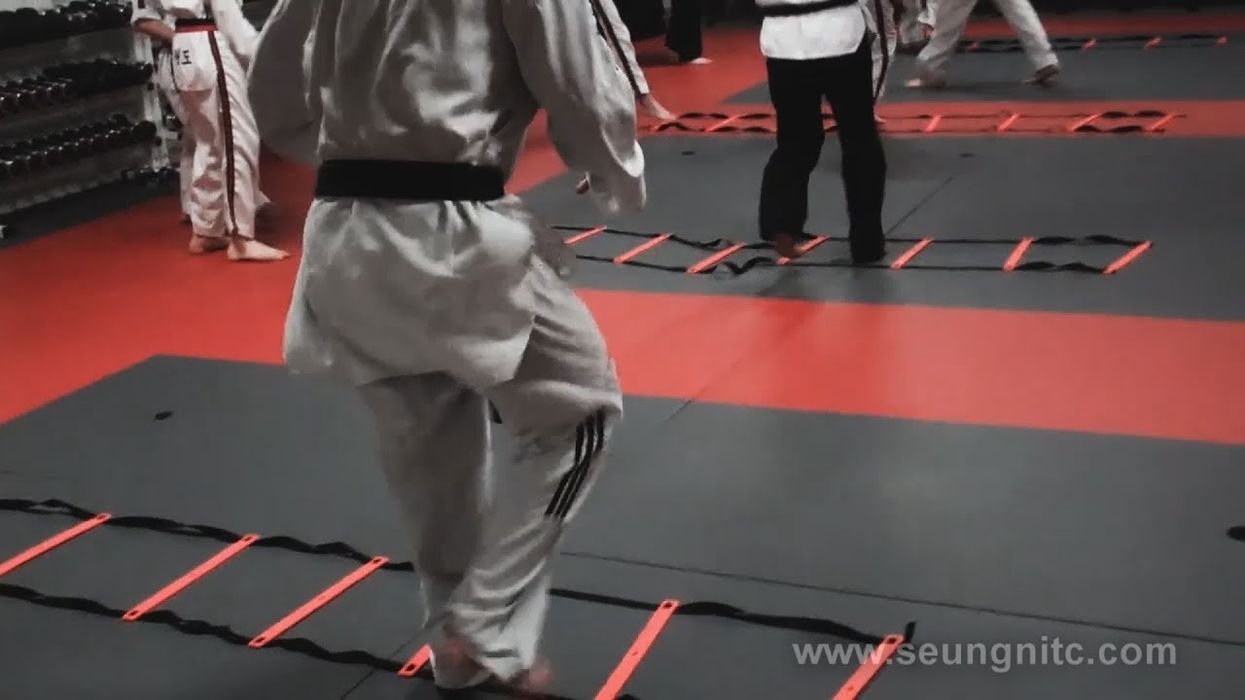 Have you ever heard of a motor engram? Motor engrams are your ticket to the awesome movement speed you've always wanted. Notice I said, "movement speed," not "speed." As I said in The Book of Speed for Martial Artists: "There is much more to speed than just moving fast." But, moving fast is vitally important to effective speed and it's what everyone wants.

Most martial artists believe that movement speed is only earned through reps and sweat. For the most part, that's true. But, if you really want to get the job done, you need a few more ingredients. Science can give us the recipe for making those reps, and that sweat, much more effective.

Science tells us that all movement is based on reflexes. When you were born, reflexes were all you had. That's why someone had to stick your pacifier in your mouth for you. Learning to pop it into your mouth yourself required your brain to learn how to organize and utilize those reflexes. In fact, all complex movement is the result of our thinking brains learning to organize and control reflexes. The result is a bunch of memories in your head that tell your body how to move.

When we are first learning to move (like your first day in the dojo) it's our conscious minds that are doing the work. Things happen slowly, and we are clumsy and inaccurate. There is no memory of how to move in the specific ways we are being asked to, and we are required to think and rethink what we're doing. Over time, the memories of these movements become so strong that the knowledge becomes nearly hardwired.

Consider reaching for a doorknob. Do you have to think about using a doorknob? Do you take a couple of practice attempts? Do you measure your distance? No. You do it with zero thought. Your conscious mind has been bypassed and the memory takes care of the motion all by itself. That is a motor engram (aka muscle memory), and that's the level you want your martial art skills to reach. A motor engram is a motion that your brain fires off without the conscious mind being involved. That is what makes it incredibly fast.

Developing motor engrams happens over time and through lots of those reps we talked about earlier. However, it's not just reps. Scientists who study human movement tell us that developing a motor engram requires those reps to be precise and at the power and speed with which you intend to use them. You're building a dedicated memory in your brain, so you don't need anything involved that doesn't pertain to that memory. You develop fast movement by doing what you intend to do.

Many martial artists believe that their skills are enhanced by adding variables such as an unstable surface. Science tested that and found that you will indeed become better at performing on the unstable surface – however, those skills don't translate to a stable surface. That's because you developed motor engrams not suited to the task.

Pick a single breadwinner technique. Put in a couple of hundred reps per training session as precisely as possible for the next few months. Fire it at the speed and power that you intend to use it and deliver it from a practical and solid stance. As much as possible, don't think about it consciously. Just let it fire. Over time you will find that your technique is firing all by itself and that's as fast as you will ever be.