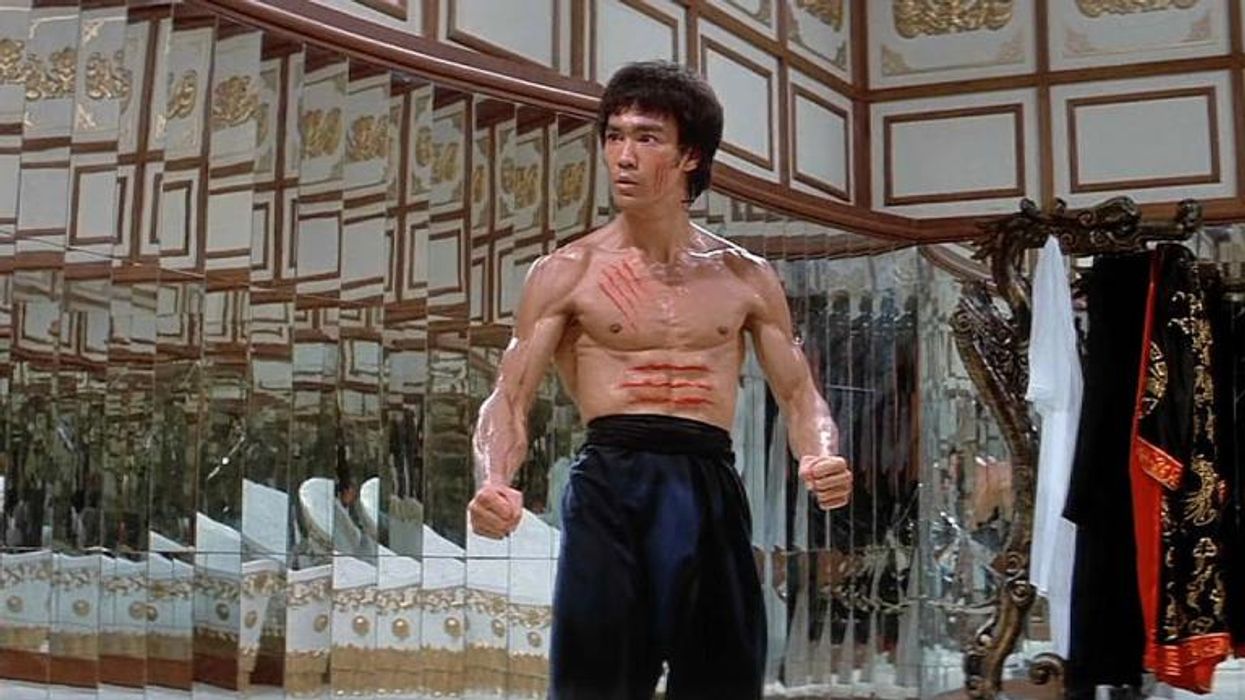 I have a confession to make.

I was actually a ninja long before I stepped foot in any dojo. In fact, by seven years old, I already had plastic shuriken and two mini-swords as well as epic shoulder pads and a red headband.

I know. I was dang near ready to join the Iga ninja clan.

Mind you, I only wore this outfit and wielded these bend-before-breaking weapons once or twice, specifically on October 31st. After my Halloween spent as a "ninja", I spent subsequent Octobers as a street fighting karate master with ripped sleeves and a dark alter ego. The people around me called me "Ryu" back then.

Moral of the story: I had dope halloween costumes when growing up and, more importantly, the martial arts we train have an impact on more than just the lives in the martial art studio. Nowadays, pop culture has a close, curious eye on the things we do in the dojo. Martial art stories have become intertwined with countless books, TV shows, performances, and conversations.

If you go to present-day Henan Province, China, you will find many martial art academies and teachers capitalizing on the Kung Fu craze hubbed by the Shaolin Temple by performing dazzling choreography and demonstrations for crowds. If you turn on the TV in the USA, it won't take long to see martial art inspired fight choreography, often performed by stunt performers who have studied an art such as Jeet Kune Do or Balintawak.

But neither of these are uniquely modern phenomena.

Whether it is the story of Nai Khanom Tom defeating Burma's best fighters or Mas Oyama battling over fifty bulls throughout his lifetime, the masses have always indulged in seeing and hearing the results of martial arts mastery. The superhuman legends and stories of the old days are simply the archaic equivalent to the modern tales being told.

In fact, if we look to the history books, there are countless tales of martial artists killing with a single chop, defeating numerous attackers unscathed, and defeating an opponent's fighting spirit with a single gaze. Whether these accounts are true or not, is besides the point. Fact or fiction, they serve an important purpose; they enrich your training with inspiration.

When you hear a story of amazing courage or strength, these attributes often well up inside you. This, along with local pride and solidified belief in your training, occurs all the more if the story involves a local from your hometown or nation. This is especially powerful when you are trying to promote your art to the public or at least prevent it from dying out.

If a new student is inspired to begin training because they watched Cobra Kai and they later go on to become an experienced teacher, they are actively spreading your art. If the student instead goes on to become a pro fighter, they are helping highlight the application of your art.

Films such as those by Bruce Lee, Jackie Chan, or the Shaw Brothers have all produced generations of aspiring martial artists. After seeing a lightning-fast warrior take down every enemy around him with ease, it's hard not to feel sold on whatever helped them get to that level.

The expectation put forth to the public is that adults can become a certifiable bad-ass and kids can find a local Mr. Miyagi who will teach them all the skills they will need for life and survival. Essentially, no matter the age or person, martial arts have something to offer.

As with many things, there is good and bad that comes with the pop culture spotlight shining on your beloved art.

On the flipside, this can cause opinions to be formed prematurely due to the "mainstream" nature of what has become popular. When the public spotlight is shining bright on a subject, anything not brought to the forefront gets burned from the memory of the masses. Karate becomes typecast as a martial art for ADHD kids, Taekwondo becomes associated almost exclusively with sport, and kung fu becomes known for flowery movements and poetic names.

This permeation of martial arts in pop culture can be seen in both subtle and overt ways. Of course, the genre of kung fu films--born from Beijing Opera and their theatrical "kung fu"--are the most obvious depiction of the relationship. Beyond that, the influence of combat arts can even be seen in the way martial arts and samurai films have affected Spaghetti Western films and major blockbusters like Star Wars.

For example, The Magnificent Seven (1960) is a Western film that replaced swords with guns and remade Akira Kurosawa's Seven Samurai, one of the most popular samurai films. Star Wars creator George Lucas was largely inspired by Kendo and the idea of Ki.

Martial art legends haven't died out, rather they have simply been presented to the public with new skins. Bruce Lee, Billy Jack, Power Rangers, and even the modern Cobra Kai series are in many ways similar to the older stories told of martial art masters like Gu Ru Zhang, Wong Fei Hung, or Mas Oyama—they act as entertainment and inspiration for the masses, even guiding them to begin and improve their own martial arts training.

From the Shaolin Temple to the Cobra Kai dojo, these stories have motivated many to take their first step to self mastery!